Lately on this site I’ve focused heavily on games for the Xbox, GameCube, and Playstation 2. But the turn of the century didn’t just usher in the release of new home consoles, it also provided us with the biggest upgrade in handheld gaming since the debut of the original Game Boy – the Game Boy Advance.

The appeal of the original Game Boy held fast for longer than anyone expected. And while the release of the Game Boy Color was certainly welcome, the limited color palette of that system left a lot to be desired. For quite some time, fans had been hoping Nintendo would deliver a next-generation handheld. Finally, in March of 2001, Nintendo delivered the Game Boy Advance.

To say that the Game Boy Advance was an upgrade is an understatement. The system boasted graphics that rivaled the Super NES, it featured two new shoulder buttons, and it was fully backwards compatible with both Game Boy and Game Boy Color games. The system also supported connections to other devices via a special link cable. This allowed for multiplayer functionality and inter-interoperability with the Game Cube.

But even with all its advancements, the Game Boy Advance suffered from one serious drawback – the screen. While it fully capable of displaying brilliant graphics, the screen itself was not backlit. This made some games with darker colors nearly impossible to see when playing in low light situations. Many gamers tried to rectify this sitting in front of lamps or by purchasing third-party lighting accessories. But even that proved to be less than desirable, as these light sources would often reflect off of the screen’s plastic surface obscuring the screen completely. Eventually, this problem was solved with the release of a revised Game Boy Advance, the Game Boy Advance SP.

It was this model that allowed the system to soar in popularity. The SP featured built-in lighting that provided perfect illumination. Plus, the new revision featured a flip-top design that allowed the handheld to fit perfect in your pocket while keeping the screen protected at the same time.

I suppose I should mention that a third version, the Game Boy Micro, was also made available towards the end of the GBA’s life-cycle. This model was much smaller and featured a better screen, but lacked the backwards compatibly of the first two revisions. This version of the system was largely unpopular with gamers and saw pretty dismal sales figures. 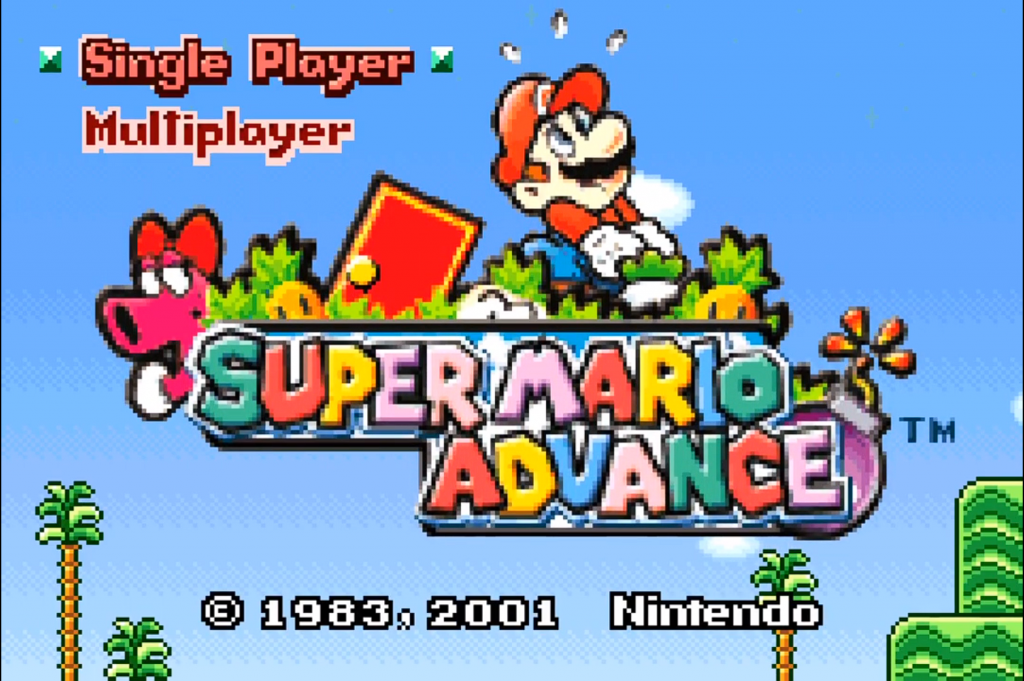 I’m mentioning these games here because I won’t be posting reviews for them, but they do deserve an honorable mention when it comes to discussing the Game Boy Advance. I’ve already talked about these games in earlier reviews, and while the Advance versions do add some new features, there’s simply not enough new material in them to warrant a fully review. Plus, even though the updates are welcome, the overall quality of the original releases still beats out any new bells and whistles included in the GBA remakes.

For me, the Game Boy Advance SP was the perfect handheld system. It gave me access to a vast library of both old GB/GBC games, as well as a ton of new GBA titles. Plus, remakes of old games from my youth were coming out all the time for the system. This meant I could carry around classics like Final Fantasy I and II with me anywhere I went. It was everything I ever wanted from a handheld gaming device. In the coming months, I look forward to both diving back into my old GBA library as well as checking out titles that I missed the first time around.