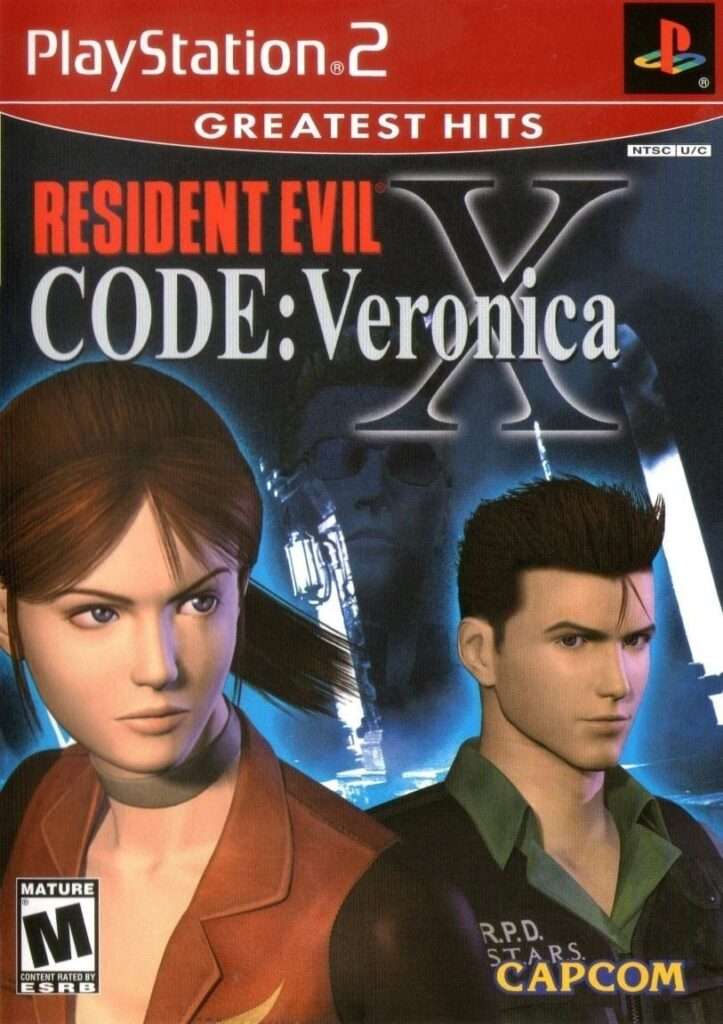 The time has finally come. I’ve taken my first step into the Playstation 2 portion of my backlog. To be honest, I had a difficult time deciding which PS2 game to play for my first review. When looking over my backlog list, there were certainly a number of PS2 exclusive titles that would have fit the bill. But one entry in particular caught my eye. That game is Resident Evil – Code: Veronica. The reason this game stood out among the rest is because it is actually NOT a PS2 exclusive. Instead, it is a game that was available on a number of platforms, including the GameCube. (A system I’ve focused on recently). For this reason, it seemed to be a logical choice. Plus, I thoroughly enjoyed the first three games in the series and I was pretty excited to sink my teeth into the next chapter.

Now, before I get into the meat of my review, I want to take a moment to talk about the different versions of this game. Originally released on the Sega Dreamcast, Resident Evil – Code: Veronica is a proper continuation of the Resident Evil series. However, at the time this game was released, the Dreamcast was already a dying platform. Even though Code: Veronica saw impressive sales numbers (for a Dreamcast title), Capcom felt it was destined for better things. So, a year after its Dreamcast debut, Capcom released an updated version of the game called Resident Evil – Code: Veronica X for the Playstation 2. This version features slightly updated visuals and additional cut-scenes.  This release of the game was also made available on the Nintendo GameCube. Several years later, an updated version of Code: Veronica X was also released for both PS3 and Xbox 360. This update supports higher resolutions and also boasts improved lighting effects. However, many players (myself included), find the new lighting effects to be a bit inconsistent. In some cases, it actually looks worse than the PS2 version. Thankfully, the original PS2 release of the game was recently made available as a downloadable title for the PS4. For my review, I played this official PS4/PS2 version.

The story for Resident Evil – Code: Veronica picks up where Resident Evil 2 left off. It focuses on Claire Redfield as she continues to search for her missing brother. After escaping from Raccoon City at the end of Resident Evil 2, Claire is captured by Umbrella Corp. and held prisoner in a secret complex on a remote island in the Antarctic Ocean. The game begins when the prison is suddenly attacked by an unknown enemy force. Fans of the series can probably guess what happens next – the attack unleashes another outbreak of the T-Virus. In a moment of pity, one of the prison guards releases Claire from her cell so that she’ll have a fighting chance at survival. Of course, as Claire makes her way through the ruined facility, it soon becomes apparent that this island harbors much more than prisoners… 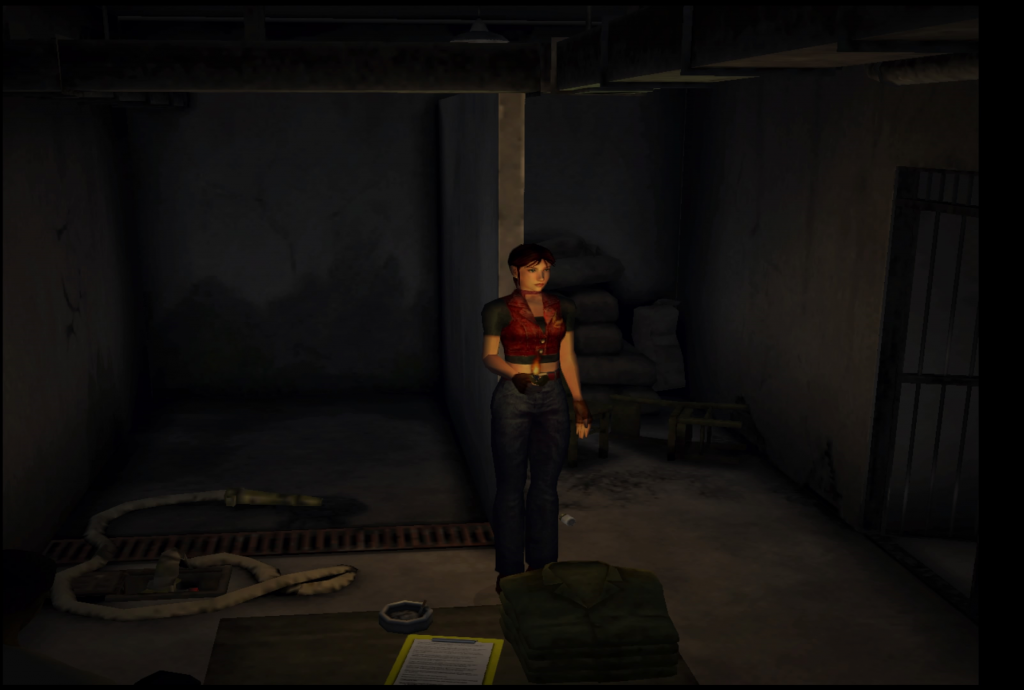 It’s been a few years since I played Resident Evil 3. But when I finished the game I was excited to see just what the next chapter had in store. I don’t mean that in terms of just gameplay, I was also interested from a technological standpoint. The first three Resident Evil titles were originally released on the Playstation. They featured pre-rendered backgrounds and blocky 3D models. By the time the third game was released, the design model was starting to feel a little dated. Knowing that this new chapter was came out on (what was then) next-generation hardware, I was hoping for a pretty big change.

So, just what is different in Code: Veronica X? Well, not much. The graphics are certainly improved. The character models are much smoother looking and instead of pre-rendered backgrounds, everything is now fully 3D. So as far as graphics go, there’s a noticeable jump. But when it comes to gameplay, very little has changed. This game follows the formula of the previous Resident Evil titles precisely. It has the same “tank style” controls, limited inventory space, limited game saves, etc. I suppose in some ways, that is a good thing. If you’re a fan of the other games in the series, you’re bound to feel right at home with this one. But if you were hoping for something new and innovative, you might be a bit let down.

These gripes aside, the game itself is masterfully put together. The enemy encounters are well thought out, the boss fights are tough (but fair), and the puzzles in the game are tricky but solvable without the need for a cluebook. As is the trend with Resident Evil games, about half-way through you get the opportunity to switch characters and play as Chris Redfield. As Chris, you will be traversing many of same places you did earlier in the game when playing as Claire. This adds an element of strategy to the game as items passed over by Claire the first time around will still be there waiting for Chris. Planning ahead and taking advantage of this can make this portion of the game significantly more manageable. 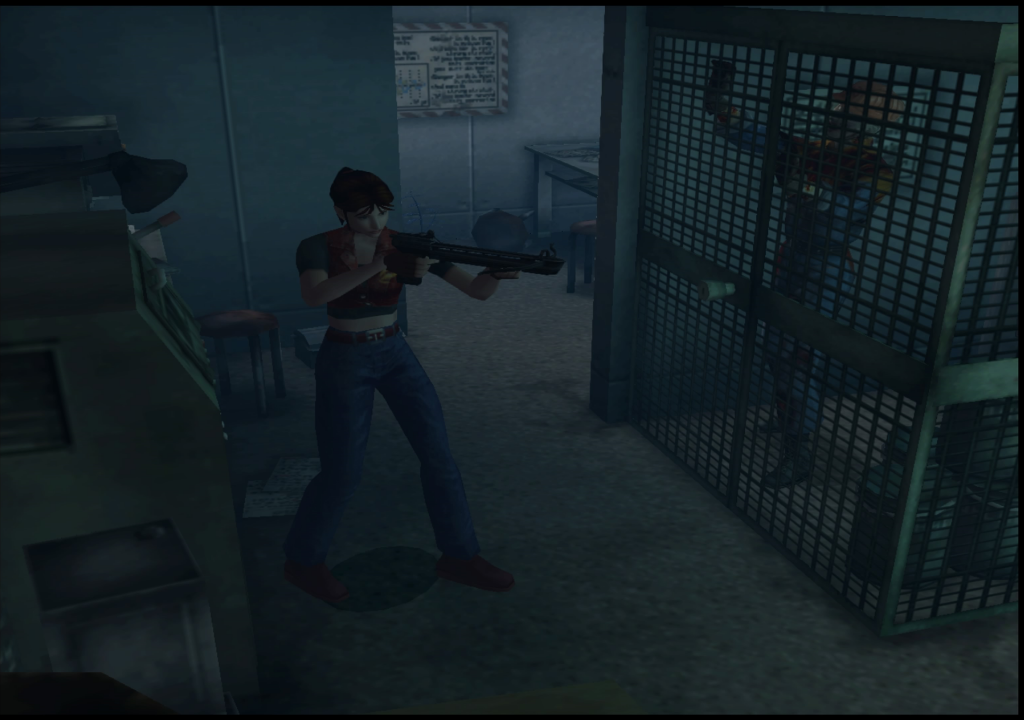 It’s true that Code: Veronica X doesn’t really bring anything new to the table. But what it lacks in originality, it more than makes up for in gameplay. In fact, of all the Resident Evil titles so far, this one might very well be the best yet. The storyline is simply second-to-none and the pacing of the game is nearly flawless. It really seems like Capcom had mastered the art of the survival horror at this point and they’ve taken everything they’ve learned and poured it into this game.

On a side note, Code: Veronica X also keeps with Capcom’s trend of included a bonus mini-game that becomes available once players complete the main storyline. This new “Battle Mode” is essentially a timed drill in which players can control various characters in the game to see how fast they move room-from-room while eliminating hordes of enemies. If I’m being honest, Battle Mode offers little in terms of value but it’s certainly a welcome addition.

In the end, Code: Veronica X is a worthy addition to the Resident Evil series. In fact, I daresay it’s the best entry in the series so far. These days, remasters of early Resident Evil games are a dime a dozen (and I’ll be reviewing some of them soon), but to date there’s still no remake of this particular title. Thankfully, the PS2 version is available on the PS4. And if you happen to have the Xbox 360 laying around, it is actually compatible with the Xbox One. So there’s still plenty of ways to experience this amazing game. 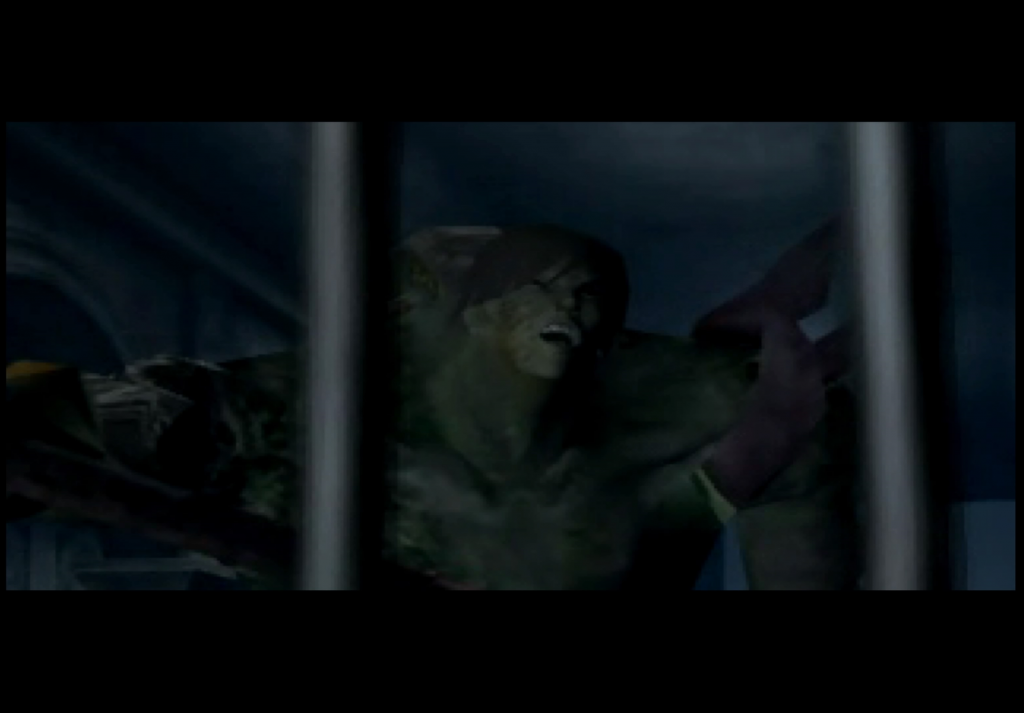 Difficulty: Medium –  Unlike the other games in the series, the US version of Code: Veronica X does not offer the option to select different levels of difficulty. The Japanese release actually features three options; Very Easy, Easy, and Normal. But for those of us in the west, we’re stuck with “Normal”. Personally, I found the difficulty of this game to be right where I’d expect it. If you’re careless with ammunition or just barge headfirst into new areas, you’re likely to find yourself in trouble. But if you take your time and plan ahead, finishing the game should be more than manageable. That being said, players who have experience with other Resident Evil games are likely to have a much easier time than someone who is just starting out with this title.

Story: This game does a marvelous job on providing new details on the lore behind the Resident Evil universe. On top of that, the scenario itself is engaging and very well done. Several loose ends from the series are tied up, while it also sets the stage for the next chapter.

Originality: This is an example of where the game falls a bit short. If you’ve played the other Resident Evil titles, then you know exactly what to expect this time around. Nearly every gameplay mechanic present in Code: Veronica has been seen before. At first, I was a little let down by this. But after a while, I accepted it because the game itself was so darn good. Still, I’m hoping for a taste of something new in the future.

Soundtrack: The music in this game is largely atmospheric. It ebbs and flows with the on-screen action. For the most part, it’s somewhat forgettable. But in the end, it does its job well so I have no complaints. On the other side of the coin, the voice acting is pretty bad. This is especially true for the character Steve.

Fun: I found this game to be quite enjoyable. The story kept me hooked while and the gameplay kept me engaged. I didn’t find myself sitting on the edge of my seat with this outing, like I did with the first two games. Instead, this entry in the series felt more like an action/mystery than a horror game. That’s not a bad thing, but something I didn’t expect.

Graphics: Fans of Resident Evil are likely to notice a big improvement in the graphics when compared to the first three games in the series. For starters, we’ve moved from pre-rendered backgrounds to environments that are fully 3D. Yes, the camera angles are still fixed, but the environment just feels more “real” this time around. The character models still looks pretty dated compared to today’s games, but at the time this game was released they were top tier.

Playcontrol: Again, this is my biggest complaint. Code: Veronica keeps with the same “tank style/compass-rose” playcontrol of the first three games. Up until now, this scheme was forgivable. But by the time this game was released, other 3D titles had moved past this outdated model. Having played the other games in the series, I have pretty much grown accustomed to dealing with the stiff and wooden playcontrol. But that doesn’t make dealing with it any less of an issue.

Value: Physical copies of the game will vary greatly when it comes to price. PS2 copies can be found pretty cheap, while copies of the GameCube disc often linger around $100.00. The downloadable “enhanced” versions sell for about $20.00 on the Xbox Marketplace and PSN. But the digital PS4 release is only $15.00. Personally, unless you’re a collector, the digital releases are the way to go. $15-$20 is a very fair price.

Overall score (1-100): 95 – Despite my persistent complaints with the playcontrol and the originality of the game itself, Code: Veronica is an absolutely masterpiece. It ranks right up there with the original Resident Evil in terms of quality. Even though it’s now one of the more elusive titles in the series, it’s one that every survival horror fan should experience. The quality of the gameplay more than makes up for any other shortcomings the game might have. I know it may seem hard to justify a four-star rating when you factor in the playcontrol and lack of fresh content, and maybe if you’re not a fan of the genre it certainly won’t end up feeling like a top tier game to you. But for gamers who enjoy this type of experience, Code: Veronica is a real gem.