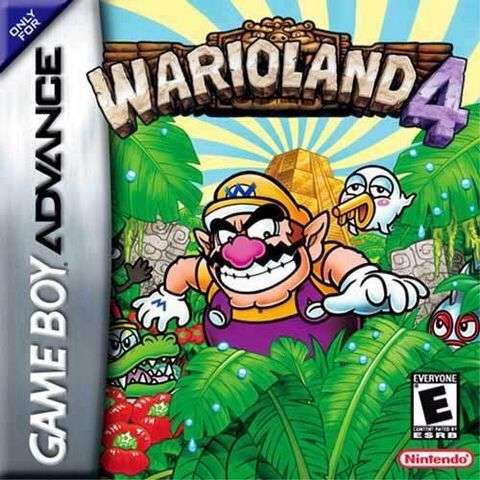 So far in this generational backlog I’ve reviewed titles from the GameCube, Xbox, and Playstation 2. All of these are great home gaming systems. But I would be amiss if I neglected to give some attention to the handheld scene. Of course, the big handheld system at the turn of the century was the Game Boy Advance. It was small enough to fit in your pocket, but it packed as much visual power as the Super NES. As you might imagine, this made it exceptionally popular. So for my first GBA review, I wanted to go with a game that really highlighted the system’s technical prowess, while also capturing that unique “Nintendo” feel. With these conditions in mind, my answer was obvious… Wario Land 4!

Playing a Wario game is always a treat. It’s been almost two years since I played and reviewed Wario Land 3 for the Game Boy Color. But I’ve not forgotten how charming that game was. Having never played this entry in the series before, I went in with high expectations. Let’s see how it all panned out. 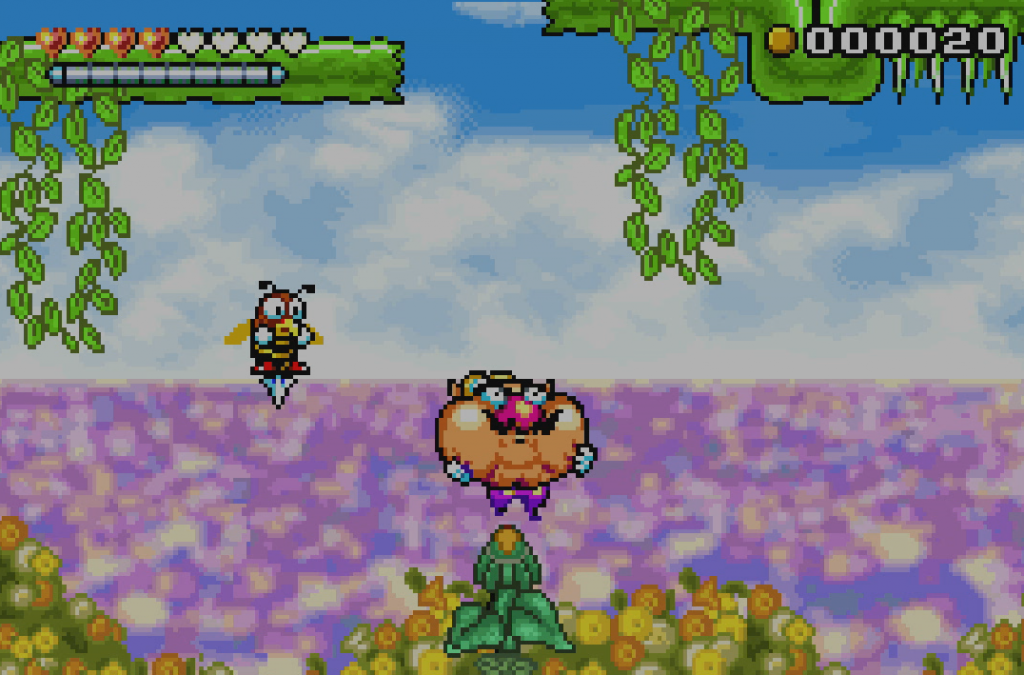 As is the case with every Wario title, the backstory to the game is extremely silly. In this entry, Wario reads an article in the newspaper about the treasure-filled pyramid of Princess Shokora. The legend says that the princess was cursed by a greedy sorceress for not giving up her wealth and anyone who can break the curse will be rewarded beyond their wildest dreams.  Eager to get his hands on as much loot as possible, Wario hops in his car and drives to the site. When he arrives, he finds a strange black cat waiting for him. Following the cat into the depths of the pyramid, he falls down a chute and finds himself in the depths of the structure. As he explores, he uncovers four mysterious passages. Knowing that uncovering the secrets hidden within these halls is key to both his escape and breaking the curse, he sets about his task.

One of the first things I noticed about this game is how beautiful it is. Wario Land 4 is a perfect demonstration of the graphical power the GBA is capable of. The colors are vivid with transparency and linear effects rival that of Super Mario World 1 and 2.  The audio is also in a league of its own with a well-mixed soundtrack and even scant vocals in several of the tracks.  In fact, both the audio and visuals of the game are so advanced, that the original GBA model doesn’t do them justice. To fully enjoy everything this game has offer, it is best played using a GBA SP or via the Wii U Virtual Console.

The gameplay for this title is similar to other Wario Land games. After a short tutorial level, the player is brought to an overworld-style map. Players are free to choose from one of four areas to tackle. Each area has a handful of levels followed by a boss fight. To complete a level, the player must find four jewel pieces hidden throughout the stage. The player also needs to locate a key-bearing ghost in order to unlock an exit portal. Once the ghost is found, players have a set amount of time to exit the level. The game itself is a standard platformer and Wario has all of his usual tricks up his sleeve. As always, some enemy attacks also have special side effects on Wario (like turning him into a snowball or inflating him like a balloon), often times these side effects are crucial to solving the various puzzles in the level. All of this may sound familiar, but one thing that’s different this time around is that Wario is no longer invincible. This time, he has a health meter at the top of the screen. Touching some enemies and other environmental hazards will drain the meter. If the meter is expelled, Wario is kicked out of the level and must start over again from the beginning. 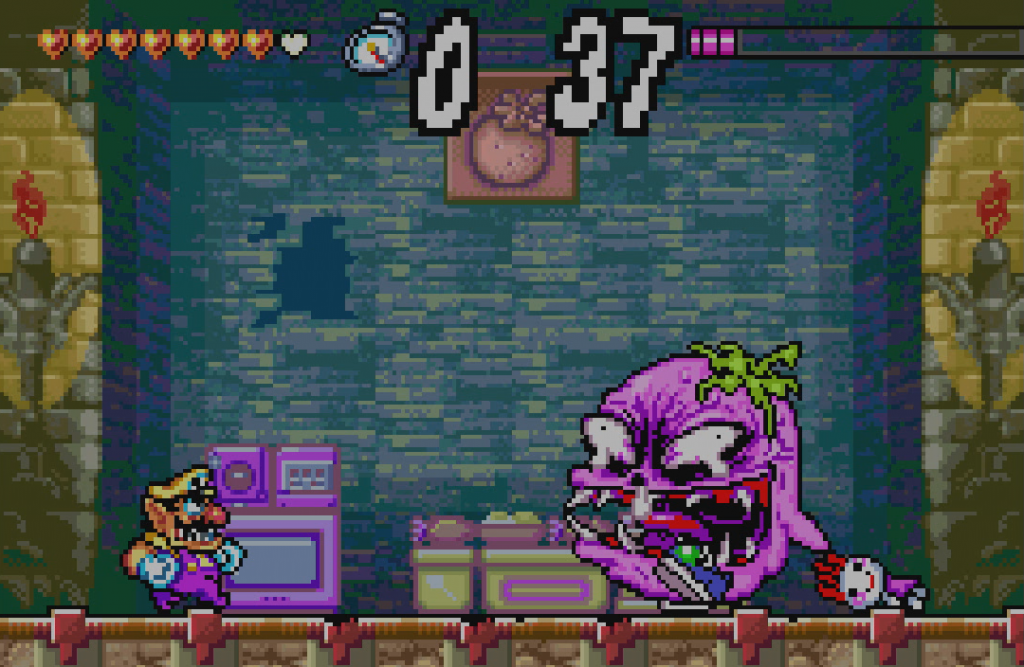 Of course, it just wouldn’t be a Wario title without some mini-games tossed in. Once the player has managed to complete every stage in a particular area, they have the opportunity to visit an item store before they confront the area boss. The items purchased in the store are used when the boss fight begins. Depending on the boss/item combination, the effects can really turn the tide of the battle for Wario. To purchase these items, Wario must cash in “frog coins”. These coins can be earned by participating in a number of mini-games. Like the item shop, these mini-games are available to play before challenging the boss. Of course, both the games and the store are completely optional. But it’s very much worth the player’s time to take advantage of the opportunity.

I purchased my copy of Wario Land 4 around the time it was originally released but I suppose other games got my attention and for some reason I never took the time to sit down and give it a chance. I’m glad I finally did because I was absolutely delighted with what I found. Wario Land 4 is a fun and enjoyable handheld title. It can be completed in a single afternoon, so it’s not particularly long. But it’s an excellent way to pass the time on a roadtrip or flight. 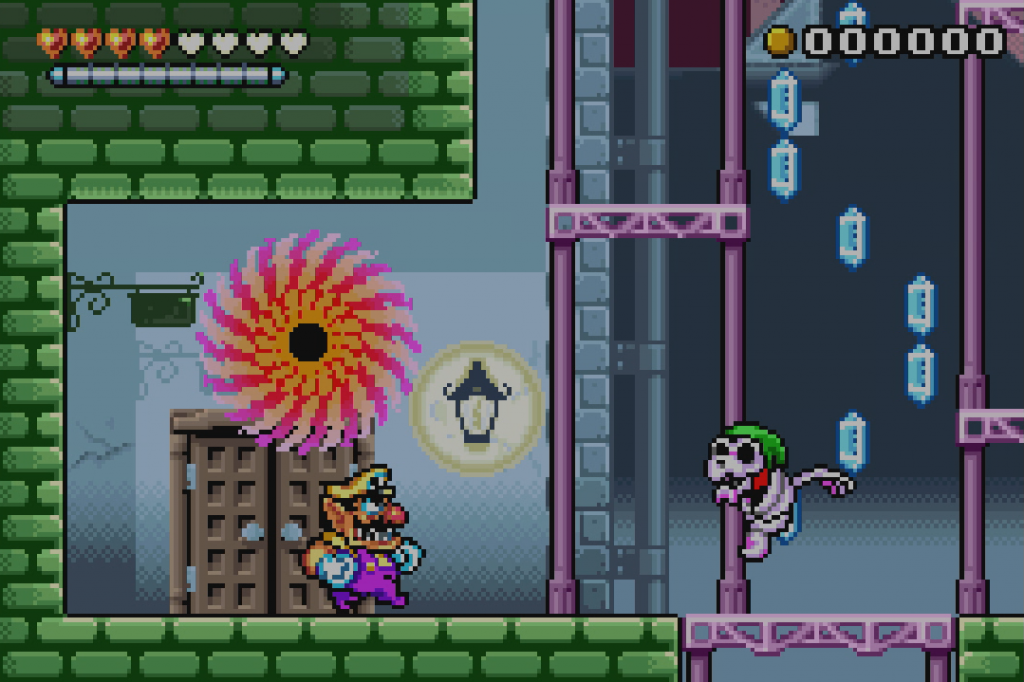 Difficulty: Variable –  When starting a new game, you can select between Normal or Hard modes. A third option, Super-Hard, is also available if the player completes the game on the Hard setting. Each of these options are appropriately named. Normal mode tends to fall into a “Medium” level of difficulty with most of the challenge coming from later levels of the game and boss battles. Most players should be able to complete the game on this mode with a little practice. Hard and Super-Hard ramp up the difficulty level significantly.

Story: As always, the storyline behind the game is silly and quirky. This has become routine for Wario games. But fans of the series have come to enjoy and appreciate this aspect.

Originality: This game follows the formula laid out by other titles in the Wario series pretty closely. But the jump the GBA platform helps keep it feeling fresh.

Soundtrack: This is one of the shining points for the game. The music is fantastic, but also very strange. The tracks range from wacky carnival music to R&B and J-Pop (with actual lyrics!) The songs aren’t so much catchy as they are impressive. But still, it marks an stellar improvement over what handheld gamers might be used to.

Fun: This game is an enjoyable platformer romp. It’s funky and charming, but not meant to be taken too seriously. It makes for a great way to pass the time without requiring a huge investment of attention.

Graphics: The graphics in this title are nothing short of breathtaking. This game really shows what the GBA is capable of. This is especially impressive considering how early in the life-cycle of the system this game was released.

Playcontrol: As is the case with most first-party Nintendo platformers, the controls are responsive and accurate. I found no issues.

Value: Physical copies of this game can usually be found on eBay for around $20-$30 dollars. If you’re a collector, these prices are fair. However, for $8.00 you can purchase a digital copy from the Nintendo eShop for the Wii U. Unless you’re a rabid Wario fan or a Nintendo collector, the digital pricing is certainly a more appropriate for a game of this length.

Overall score (1-100): 75 – Wario Land 4 is an excellent game. It’s a great showcase for the power of the GBA and provides for a very lighthearted, fun experience. My only complaints with the title come from the lack of content (it’s a pretty short game) and and lack of gameplay innovation. I feel like if this game had just a few more levels or something to drive replayability other than difficulty settings, it could easily be a four-star experience.

Best Experience: Wii U Virtual Console   – (Updated as of Spring 2022)