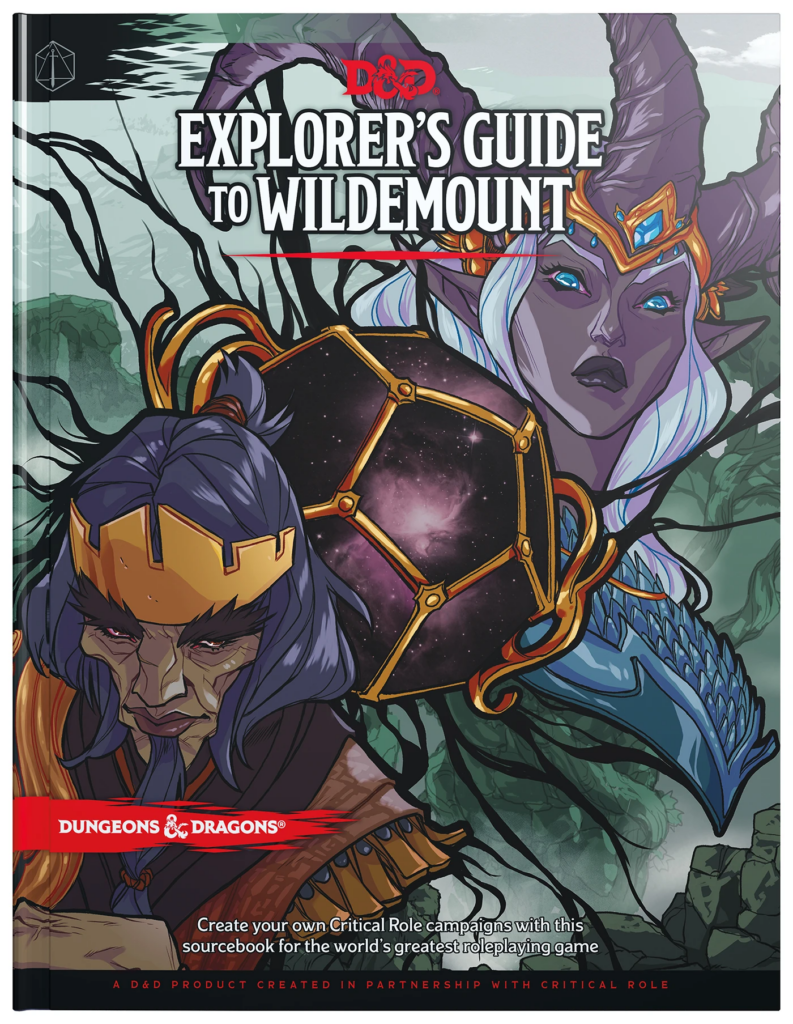 Man-oh-man! Wizards of the Coast has really been pumping out some major content lately! One my original criticisms with 5th Edition D&D was the fact that seemed destined to ignore all of the other previously published campaign settings and were exclusively focused on the Forgotten Realms.. Thankfully, a few years ago we began to see a shift in this behavior with the introduction of Ravenloft. This was later followed by a Ravnica sourcebook, and more recently an introduction to the world of Eberron. Of course, there’s still no sign of an official Dragonlance or Planescape treatment, but at least things seem to be going in the right direction. In fact, the latest D&D release is yet another campaign sourcebook; the Explorer’s Guide of Wildemount. In this book we are treated to someplace completely new, the world of Exandria.

As some of you might already know, Exandria is the creation of Matthew Mercer, host of the popular D&D podcast Critical Role. It started as a simple homebrew campaign but thanks to the success of his podcast, it has grown into something much bigger. So big in fact, that even Wizards of the Coast eventually took notice and well… here we are – an official Critical Role/D&D release.

If you’re a fan of Critical Role, you may be aware that this isn’t actually the first 5E product focused on Mercer’s campaign. The first book, Tal’Dorei Campaign Setting, was independently published. As such, I haven’t talked about it on this site (which is something that’s probably about to change). The Tal’Dorei Campaign Setting book was highly praised for it’s unique additions to the game and the high quality of the product itself. Of course, being a third-party title it often falls off the radar of many D&D fans. This new book, however, is an officially sanctioned release.

It should go without saying that if you’re a fan of Critical Role and you want to start a campaign based in Exandria, this book is exactly what you’re looking for. There’s plenty of content about the world itself, its people and culture, unique forms of magic, and of course monsters and classes. As always, even if you’re not running am Exandria campaign, it’s easy enough to cherry pick things from this book and use them in any other setting.

Mercer is pretty liberal when it comes to playable races, and it really shows in this book. Included here are rules for races as mundane as elves and halflings, and also some more exotic options like Tortles and Aasimars. All of these races have been detailed in other supplements before, but they are included again for easy reference. This is something that I find commendable.

The most popular options included in Explorer’s Guide of Wildemount are likely to be the new sub-classes. We now have official 5E rules for Echo Knights, Chronurgy Magic, and Graviturgy Magic. All three of these sub-classes are deeply rooted in the mythology of the  Exandria campaign setting, especially the magic users. But again, with a little elbow grease it shouldn’t be too hard to adopt them elsewhere. I won’t dive much deeper into the specifics of these sub-classes and what they do, but I will say they make for some really interesting options. That are certainly not traditional D&D in any sense of the word.

In fact, a lot of what Mercer brings to the table is very unique. The world of Exandria, and more specifically, the continent of Wildemount, is a very fresh take on D&D. It’s classic fantasy, but it’s presented in a way that feels very new and interesting. Generally speaking, most content in D&D releases are often rehashed ideas that were originally presented decades ago. This book takes that foundation and injects plenty of new concepts. Whereas Gary Gygax was inspired by the works of Jack Vance and J.R.R. Tolkein, it seems like Mercer draws a lot of his inspiration from pop culture and video games. In my opinion, this is not a bad thing. D&D is a game that’s meant to be whatever the player wants it to be. If you want to host a game with a classic western-fantasy feel, by all means, do it. If you want a start a campaign modeled after your favorite JRPG, that’s also your choice. I think a lot of older players tend to lose sight of just how versatile the game is supposed to be. It’s people like Mercer who do a fantastic job of reminding us of that.

In a nutshell, this book makes a fantastic addition to the 5th Edition lineup. The ideas contained within are fresh and unique and the book itself is of extremely high quality. Everything from the contents to the binding are simply top notch. It really feels like a complete campaign setting. I wish the Sword Coast Adventurer’s Guide would have been given the same treatment. 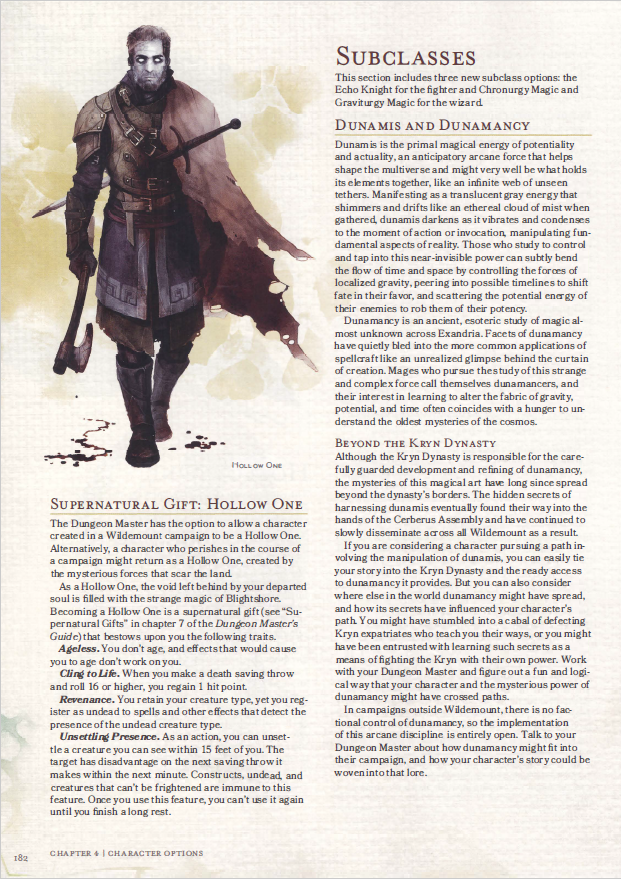