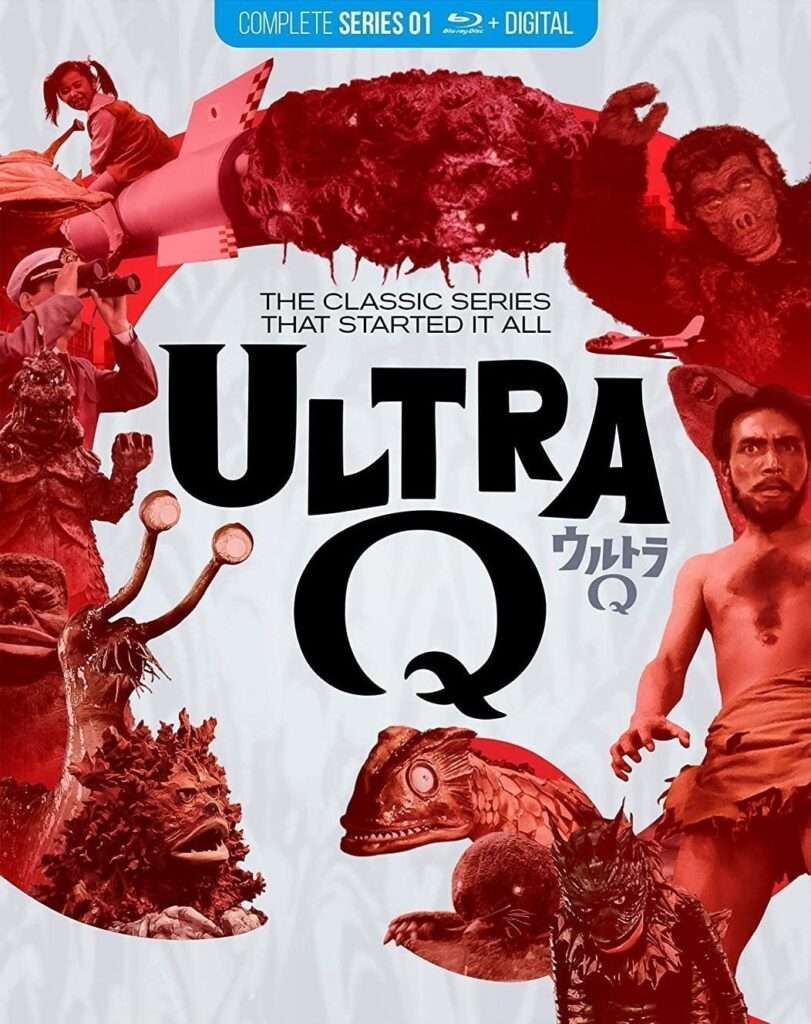 When I was about eleven years old, my family moved to Okinawa, Japan. We only stayed for about three years but that was plenty of time for me to become enamored by the culture. At any age, finding yourself immersed in a foreign land is always an eye-opening experience. But as an adolescent, it’s even more so. My family was military, so naturally we spent the majority of our stay living on a base in a very westernized setting. The Armed Forces operated a television station that aired popular shows and movies from the US. But, it was just one channel. That’s it. As you might imagine, more often than not whatever was being aired wasn’t always appealing to a boy of my age. Whenever that would happen I would flip the dial over to some of the local Japanese stations to see if I could find anything more appealing. That’s when I discovered Ultraman.

Ultraman was a science fiction show about a robotic-looking spaceman who came to Earth to fight against giant monsters. It was completely ridiculous. The Ultraman costume was cheap looking, painted badly, and the various monsters he fought against were quite obviously nothing more than barely trained actors stuffed into a rubber suit. But to a kid my age, it was amazing. Recently, I was telling my children about the show and I googled some articles about Ultraman to show them. That’s when I discovered that the entire “Ultra” series was in the process of being remastered and released to Blu-Ray. Naturally, I felt compelled to snatch a copy for myself.

Ultraman has been a staple of Japanese television for over fifty years. Over the decades a number of shows featuring the word “Ultra” have been produced. I didn’t know this until recently, but Ultraman wasn’t actually the beginning of the phenomena. Instead, the whole thing started with a show called Ultra Q. So, when it came time to actually make my purchase, I started there.

Much to my surprise, Ultra Q turned out to be very different than what I was expecting. Yes, the show is loaded with plenty of dumb-looking Kaiju monsters. But there’s actually quite a bit more going on in this series than meets the eye. To start with, unlike Ultraman, Ultra Q is presented in black and white. I’m not quite sure why that is, honestly. The show itself was released during a time when most television productions (even in Japan) were making the switch to color. But in a way, I think it’s actually quite fitting. Despite featuring cheesy rubber monsters, Ultra Q actually has more in common with shows like One Step Beyond and The Twilight Zone than it does with films like Godzilla. With this in mind, the black and white presentation actually gives the the show a certain vibe that ends up feeling perfect for the subject matter. 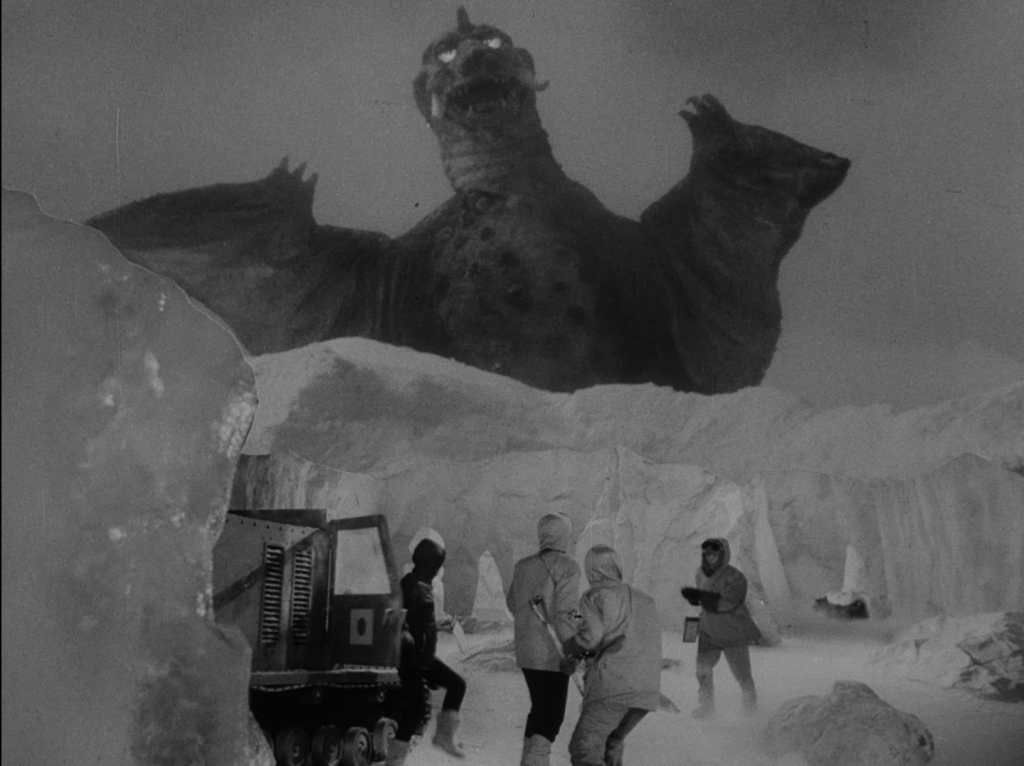 Nearly every episode focuses on the characters of Yuriko (a reporter for a local newspaper), and her boyfriend Jun (a freelance aviator) as they research strange and unusual happenings. More often than not, these incidents usually revolve around giant monsters stomping all over the city. But there’s more to the series than just rubber creatures. In terms of Japanese culture, the show is very much a product of its time. For example, several episodes have underlying tones that touch on topics like nuclear weapons, climate change, and the space race. These days, many of the scenarios presented in Ultra Q may seem tired and familiar. But at the time this series debuted, it was really some cutting edge science fiction.

Ultra Q was created by the mind behind the original Godzilla film. The success of that movie gave the producer all the clout he needed to create a show on his terms. As a result, the production quality of Ultra Q was leagues above almost anything else seen on the small screen in Japan at the time. Yes, the costumes are phony looking and the special effects are horrendous. But it was really only a notch below what you might see on any given episode of Star Trek in the US. On top of that, Ultra Q was recorded cinema-grade film. This is especially important now, because the HD restoration included on the Blu-Ray release is nothing short of breathtaking.

All too often, “remasters” of old shows end up being nothing more than an upconvert of the original video, followed by some digital smoothing. That is not the case with this release. Yes, some of the footage on this set contains imperfections. But for the most part, the show is presented with a sharp, crisp picture with an excellent mono mix. This set truly is the perfect archival copy of the complete Ultra Q series.

Again, I really didn’t know what I was getting into when I started this journey into the world of Ultra Q. But in the end, I was pleasantly surprised. I watched every single episode of this series with my oldest son and we both enjoyed it. Sure, there were a couple of episodes that left us scratching our heads, not sure how to process what we just watched. But the vast majority of the series was actually quite entertaining. That being said, you’re either going to like this series or you won’t. A black and white, retro-era Japanese monster-of-the-week show isn’t for everyone. But for those who have an interest in such things, you’re going to love this. 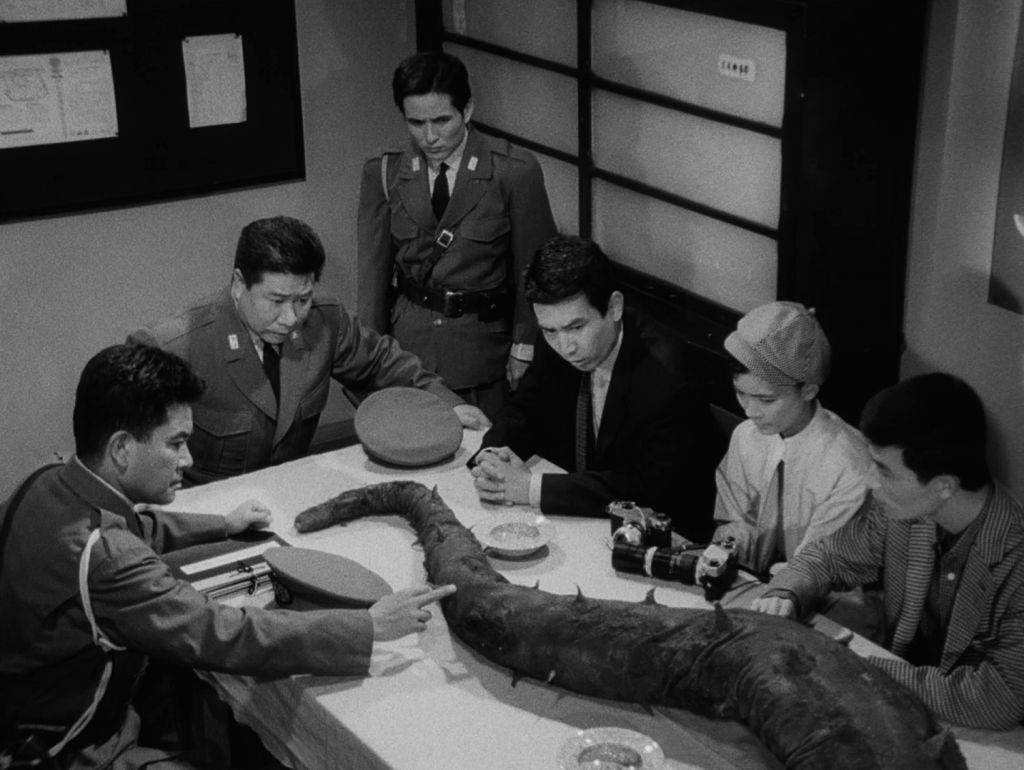 Target Audience: I recommend this show to anyone who has an interest in golden-age science fiction, Kaiju fans, or Japanese culture enthusiasts.