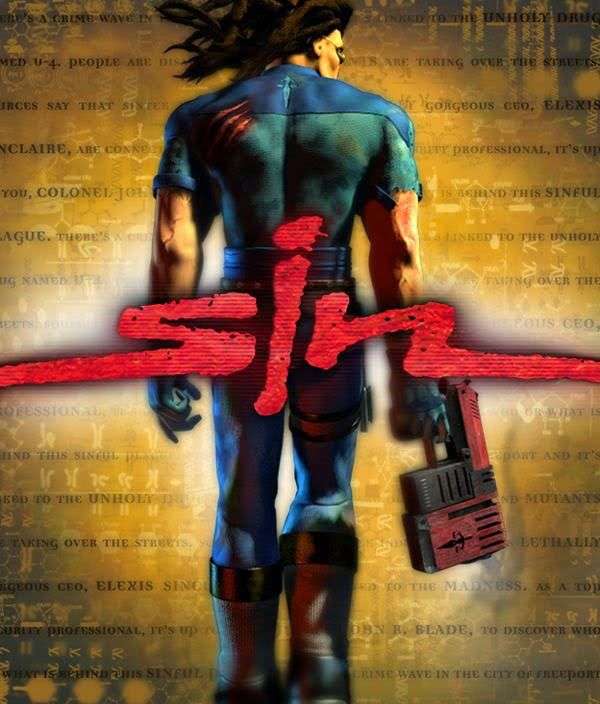 This is a review I’ve been wanting to write for quite some time. Years ago, when I played through my initial round of late-90’s PC games, I reviewed a number of classic FPS titles. One of the games I was really excited to talk about, but couldn’t manage to review at the time, was SiN. SiN is a game that I enjoyed immensely when I was younger. But, my original CD copy had too many compatibility issues and the Steam release had fallen victim to a number censorship oddities. In the end, trying to patch everything out just wasn’t worth the headache at the time. Well now, thanks to Nightdive Studios (a company that routinely breathes new life into classic PC games), a new version of SiN is now available on Steam. This release – SiN Gold, features the original unedited game with support for modern hardware and resolutions. SiN Gold also restores multiplayer functionality to the game and includes the little known Wages of SiN expansion pack. This makes it the definitive SiN experience.

So just what is SiN? Well, in a nutshell, it is an FPS game built using the Quake II engine. Being a late-90’s FPS, the gameplay is immediately familiar. But even though it’s built on top of the Quake II engine, it adds a number of new bells and whistles. To start with, portions of the environment are destructible. For example, windows and certain environmental objects can be broken or demolished. This can, in turn, alter the map, making the gameplay experience vary. A good example of this can be found on the very first level where the player can gun-down a billboard that will then crash into the rooftop of a nearby building. This creates a hole in the roof that the player can use as a shortcut later in the level. The game also features vehicles, usable items, and other interactive objects (security cameras, computer terminals, etc).

Another unique feature of SiN is the AI system. Each type of enemy encountered in the game is programmed with specific behaviors. Some of them may flee from danger, while others rush in headfirst. Other attackers may work together to try to trap the player, call for help, or even hunt the player down stealthily. In SiN, different parts of the player’s body have their own armor class. The enemy AI can also take advantage of this, targeting their fire on parts of the player’s body that are the least protected… at least in theory. All of that sounds good on paper but in truth, the AI of the game is pretty buggy and in the end the enemies never really felt much different than other FPS games of the age. 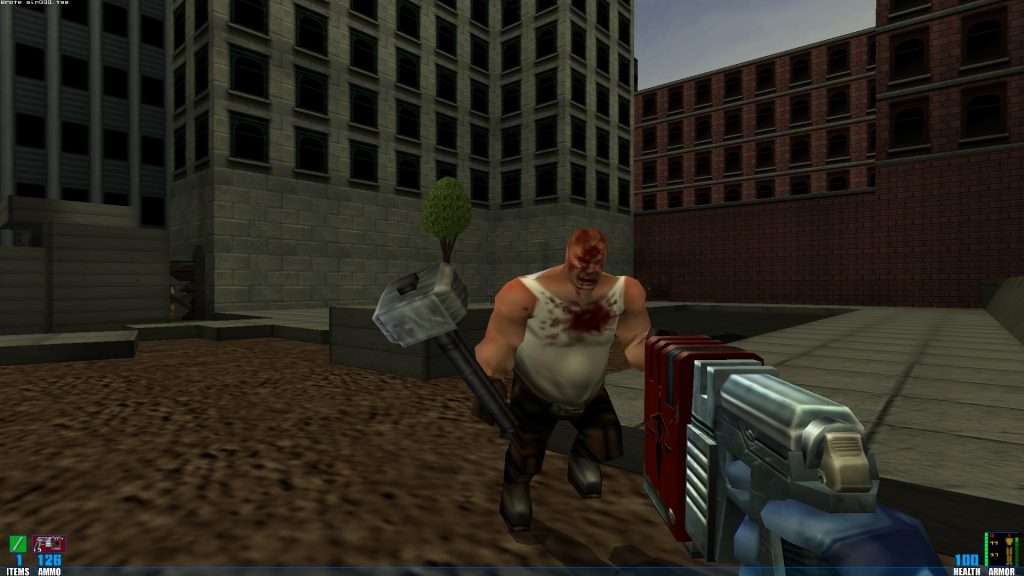 SiN takes place in the year 2037, in a time when government run police forces are a thing of the past. Now, it’s up to privately-owned security forces to serve and protect. The story focuses on the character of John Blade, a commander for HardCorps – one of the largest and most successful security forces around. The game begins when Blade is called to a robbery in progress, but it doesn’t take long to learn that there’s more going on than meets the eye. As the story unfolds, Blade learns about a potent new drug that can cause disastrous mutations in its users. He links the drug to SinTek, an international pharmaceutical company ran by the illustrious vixen, Elexis Sinclaire. As Blade continues to investigate SinTek, he’s dragged into a conspiratorial plot that goes deeper than he could never imagine.

Conceptually, SiN starts off on a pretty solid foundation. Both the storyline and the gameplay mechanics that SiN brought to the FPS genre were revolutionary at the time. The only problem was, there was a competitor on the market – Half-Life. Developed around the same time, SiN and Half-Life were two highly anticipated games that were both promising similar features. In the eyes of many, the two games were seen as going head-to-head. SiN managed to beat Half-Life to the market by just a few weeks, but in the end, it didn’t really do much good. The initial release of SiN suffered from a number of serious bugs. This resulted in a ton of bad publicity, even though most of the issues were quickly patched and corrected. These days, and especially with the release of SiN Gold, the game plays and performs pretty much flawlessly.

Despite the negative press, SiN was a favorite game between my friends and I. I have a number of fond memories of late night deathmatch sessions carried out over dial-up connections. I was really looking forward to recapturing that magic in SiN Gold. But, it just wasn’t in the cards. Despite being a fairly recent Steam release, any time I tried to fire up a multiplayer game there never seemed to be any active servers. It seems that the online community for this game is next to non-existent. So if you’re wanting to check out the online play, you may need to take some time to organize a game with friends. 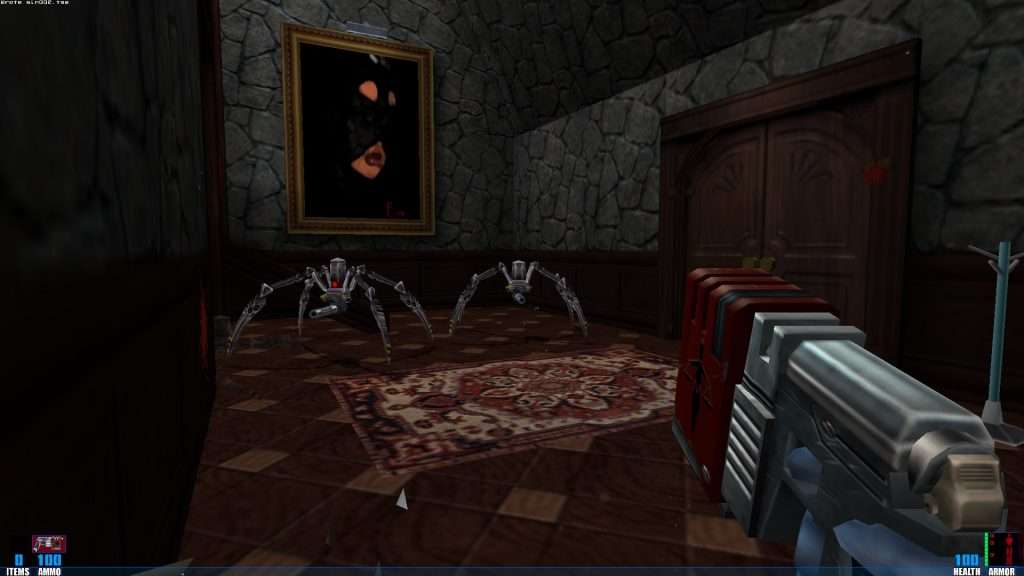 SiN is very much a product of its time. It was released in an age where PC gaming was just starting to go mainstream but developers were still not afraid to push the envelope in terms of political incorrectness. One thing about this game that really stands out is just how unapologetic it is when it comes to mature themes. I wouldn’t exactly call it an adults-only game, but it certainly doesn’t care who it offends. For example, the ultimate bad guy in the story is a busty vamp who decorates her mansion with erotic artwork. There’s also a number of mature Easter eggs scattered throughout the game for players who are crafty enough to go looking for them. As I mentioned earlier, when this game first came to Steam, a lot of the more risque or insensitive assets in the game were replaced in attempt to “modernize” things a bit. The release of SiN Gold corrects this.

A few months after SiN’s initial release, a mission pack Wages of SiN, hit the market. This expansion provided a new chapter to the single player story as well as an entirely new multiplayer mode. Personally, the multiplayer additions are the best thing about this add-on. So it’s really a shame that there’s so little interest in the game nowadays.

I guess I have to admit that despite my own personal love for SiN, these days it’s more of an oddity than anything else. Which is really sad. There’s so much about this game that deserves praise, but in the end it was overshadowed by a rushed release and poor reviews. Regardless, this game provides a unique FPS experience unlike any other game from the same era. It’s raw, unique, and refreshing. Rumor has it that Nightdive not only purchased the right to remaster the original game, but they also purchased the IP outright and actually plan on making an entirely new reboot of the series. I hope this is true, because I’d love to see a modern spin on this classic game.

If you’re looking for a classic FPS with an active multiplayer community, this is probably not the game for you. But if you’re craving a unique single-player FPS experience, it’s actually worth giving this game a chance. You might be surprised by the beauty in this rare uncut gem. 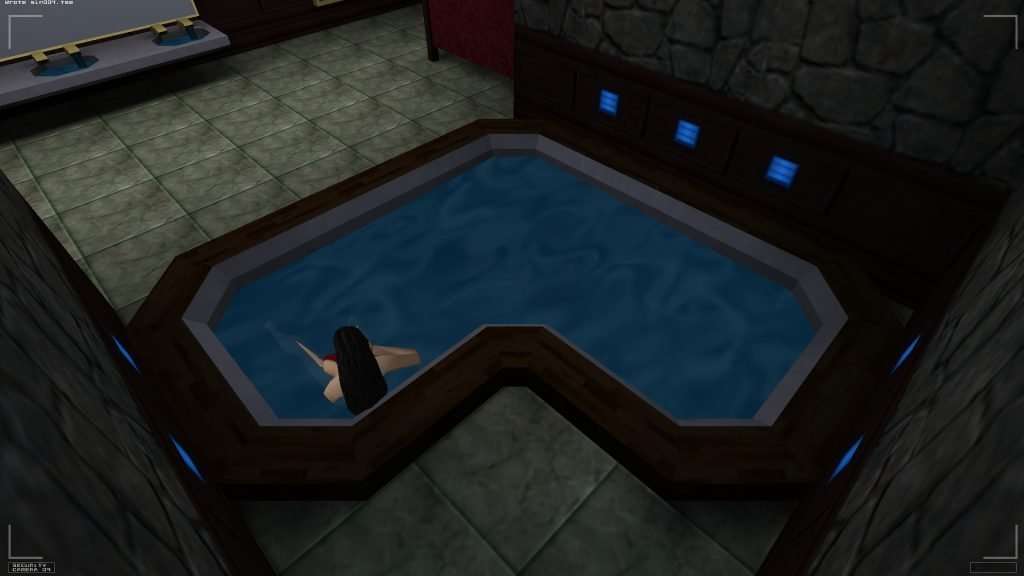 Difficulty: Variable –  SiN allows you to choose between three levels of difficulty. With each tier the enemy AI gets a little better, ramping up the challenge appropriately. Due to the unique nature of the game, I do recommend starting out on the easiest setting for your first playthrough, then once you’ve seen everything the game has to offer, bump it up to the middle or hardest setting. As is always the case, when playing online with other players the difficulty depends entirely on the skill of your opponents.

Story: This game packs a pretty intriguing story. In fact, when it comes to FPS games, it ranks right up there with Half-Life as far as I’m concerned. It’s really a shame that this game was so underappreciated. I feel like the setting for this game could have a made a really nice playground for spin-off games.

Originality:By the time this game was released, the FPS formula was starting to grow a little long in the tooth. So developers were tossing all sorts of new ingredients into the mix to see what worked and what didn’t. SiN includes some pretty nifty elements that succeed in making it stand out from other games of the era.

Soundtrack: The soundtrack for SiN is very well done.  The music is energetic and appropriate for the setting. The voice acting is surprisingly good for a late 90’s FPS.

Fun: There’s a lot about this game that I find enjoyable. These days, playing SiN is a nice trip down memory lane. But having also played the game at release I can sympathize with those who found the experience less than satisfying. The original release of the game was riddled with bugs – both the quirky and the game-breaking type. On top of that, the loading times between levels were unbearably long. There’s nothing worse than having your head in the game only to have to sit and tap your foot for several minutes waiting to get back into the action. Thankfully, these days all of that is a thing of the past.

Graphics: This is a game that was released during a time when 3D graphics were still fairly new and it shows. The environments look pretty good, but character models are angular and blocky. Still, for its time, it was pretty respectable.

Playcontrol: This game was released during a time when the standard control scheme for FPS games was shifting from arrow-keys to the new WSAD default that we are familiar with today. The default controls are bit antiquated for an FPS title, but are easily customized. SiN Gold changes this and defaults to the modern WSAD standard.

Value: SiN Gold is available on Steam for around $10.00. For this price you get both the original game and the Wages of SiN mission pack. All in all, that’s a pretty good value. But if you’re not sure this is a game you might enjoy, it might be best waiting for a sale.

Overall score (1-100): 65 – I have a lot of fond memories about this game and playing it again was quite enjoyable. However, even I can admit that it hasn’t aged well. Combine this with the fact that it had such a troubled release and you end up with a rather mediocre gaming experience. Now with that in mind, SiN is still a pretty solid game if you enjoy single player FPS. But if you’re hoping for a retro multiplayer game, there’s plenty of better options out there.