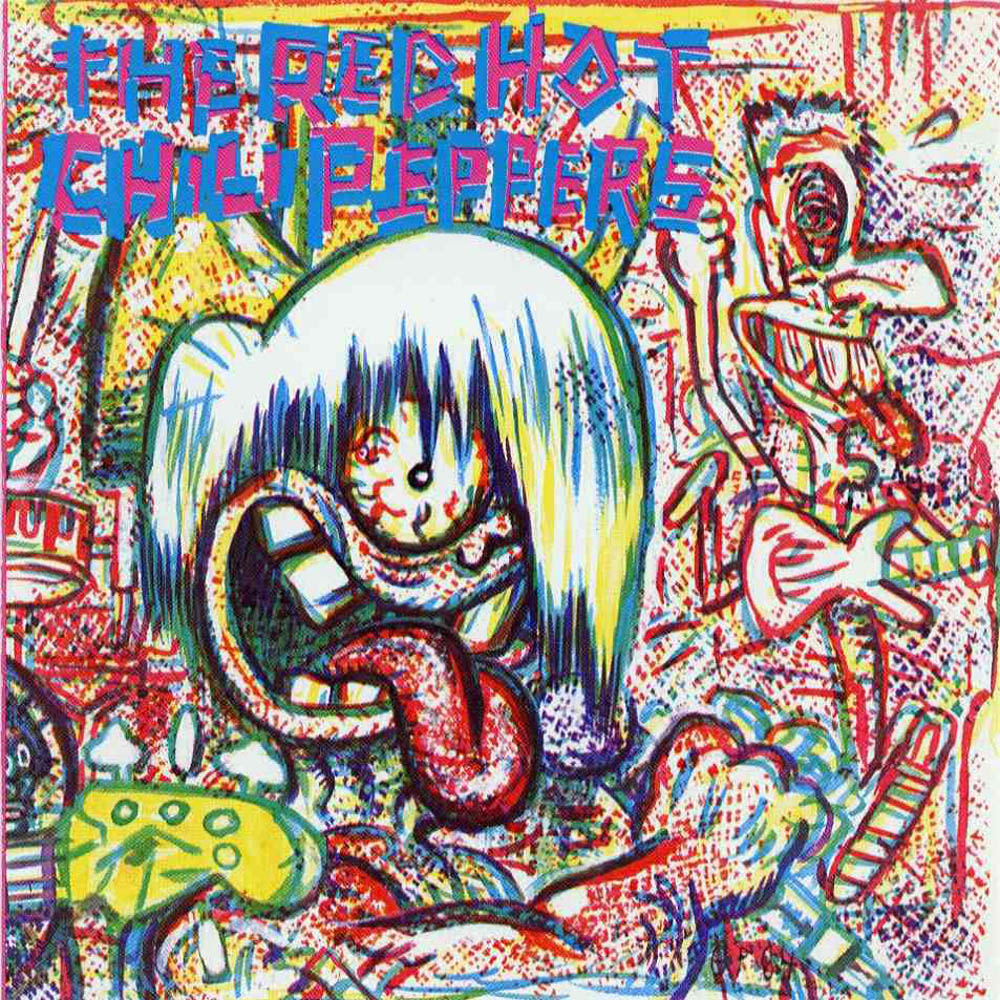 I know I don’t make these posts often enough. These days, it’s difficult to find the time to sit down and actually enjoy an album from beginning to end. But whenever the occasion arises, I always do my best to take advantage of it. When it comes to these posts, I’ve covered albums by a number of classic 90’s rock band. One of the records that I discussed was Blood Sugar Sex Magik by the Red Hot Chili Peppers. It’s a record that has gone down in history as one of the best rock albums from the 1990’s. It’s the album that transformed them from an obscure college band to the worldwide stars that they are today. In fact, a lot of people often mistake it as their debut album. But it wasn’t. In truth, the Red Hot Chili Peppers have been making music since the early 80’s. Today, I’m going to take an in-depth look at their very first record, The Red Hot Chili Peppers.

Like most others, I was introduced to RHCP thanks to the song “Under the Bridge”. I immediately went out and snagged a copy of Blood Sugar Sex Magik and fell in love with the album. This led me to explore some of their earlier works. And surprisingly enough, much of their library is vastly different than their mainstream hits. Much of their early music is raw and unpolished. Like their newer works, which contain elements of both funk and punk, those genres are present to much higher degree in their early catalog.

This is album where it all starts. A young band, full of vigor and talent, but with no solid plan on what to do with it. If there was ever a debut album that presents a group in such a way, this is it. So, without further delay, let’s dive in.

1: True Men Don’t Kill Coyotes –  The album starts off strong with his track. It is also probably one of the more mainstream songs on the record, despite its heavy funk influences. It’s a quirky, playful track that actually serves as the perfect introduction to the band’s overall sound. It’s hard to put a label on a song like this – there’s really no way to describe it. But it’s the great start for the record.

2: Baby Appeal – If you thought the first song was funky, here we find the band doubling-down on it. This entire track is nothing more than a funky-groove laced with a healthy dose of some early-era rapping. Today, this song sounds very dated and almost embarrassing. But for 1984, this was some real underground stuff. Personally, I love this kind of stuff but it’s admittedly a hard pill to swallow for most listeners.

3: Buckle Down – This track is weird mixture that contains elements from both of the previous songs, but with a slightly more prominent rock edge to it. The main riff is catchy, but the rest of the track is all over the place. Regardless, it’s groovy and fun. But it seems more like the backing track to skateboard demo video than something you’d actually hear on the radio.

4: Get Up and Jump – If you could make a more radio-friendly version of the previous song, this would be it. “Get Up and Jump” follows the same general formula as “Buckle Down”, but with a little more polish. Collectively, these first four songs really do an excellent job of setting the tone for this entire album.

5: Why Don’t You Love Me – This track turns the energy down just a notch, but still sticks with the funky tone that the album has carried thus far. It’s very similar to “Baby Appeal” but with a little more complexity. For me, this is the least interesting song so far.

6: Green Heaven – From the very first chord it’s obvious that this song is going to be a little different than what we’ve heard so far. The lyrics are still rapped, and the groove is still present but there’s a very different vibe this time around. There’s a much more rock-like sound present in this track than anything else on the album. Regardless, the song itself is pretty uninteresting and probably one of the weaker tracks on the record.

7: Mommy, Where’s Daddy? – Back to the funk with this one. I’m not really sure how to describe this track. We have a bass line, horns, and a dialogue-like rap. The song features a child-like girl asking “Mommy, where’s daddy?” with Anthony Kiedis chiming in with various replies;  “Right here, girl!” – If I’m being honest, this tune is a hot mess. But it’s funky enough to tap your toes to.

8: Out in L.A. – More funk, more rapping, At this point, I think we’ve figured out what RHCP is all about. This track is probably most similar in sound to “Get Up and Jump”. Not a bad track, but nothing special.

9: Police Helicopter – For many people, this song is considered a complete throwaway. But I personally find it one of the most interesting on the record. Yes, it’s more of the same – punchy bass, sloppy rapping, and funky guitar work. But Anthony raps with high degree of intensity that just isn’t seen anywhere else on the record. But in the end, it just seems a bit watered-down. I can’t help but feel this song would really shine performed live. To me, it feels like the version on this album doesn’t seem to really capture the energy the band wanted to portray.

10: You Always Sing (the Same) – THIS is the throwaway track on the record. It’s literally nothing more than Anthony shouting “You always sing the same” over and over… Pretty pointless.

This was a really hard one to do track-by-track. So much of the record sounded sounded exactly the same, but with subtle differences scattered all over if you’re willing to pay close enough attention. If I’m being honest, this is an album that’s really best enjoyed as a whole. Just put it on, and go about your business. The entire thing is funky and wild, but admittedly it’s probably not accessible to most casual listeners. Someone hearing this album would likely never guess that the band would go on to be one of the most popular names in rock music. But that aside, it’s always held a special place in my heart. Even with all it’s quirks, you can tell the band really put their hearts and souls into the music. What may come off as amateurish and immature today, really meant something at the time it was recorded. Despite all its faults, there was really nothing else like this album on college rock radio in the early 80’s.

When listening to albums, I always suggest enjoying them on a nice Hi-Fi stereo system, or on a portable device with a good pair of headphones. When listening to classic records like this, I prefer the original release to many of the “remastered” editions. Often times, remasters are overly loud and actually contain a lower level of quality than the original album. The 2003 remaster of this record suffers from this problem. However, it’s worth noting that the remaster also features the band’s original demo tape, which in my opinion, contains versions of these tracks that are vastly superior to what is heard on the proper release.

When listening to a record, always listen from start to finish. Unlike pop albums, many good rock records are sequenced in a certain order. Some songs tend to be more enjoyable when following the song preceding them. That’s not particularly true with this album, but that’s still my general practice. To me, this album is best enjoyed while engaging in some other activity. Put the record on while you’re driving, or doing house work. Let it play in the background. Listen it to a few times. Some records need to grow on you. This is a fine example of one of those records. If it doesn’t strike a chord with you at first, give it a few more listens, your opinion may change. No matter what you think about this particular album, it’s certainly not boring.