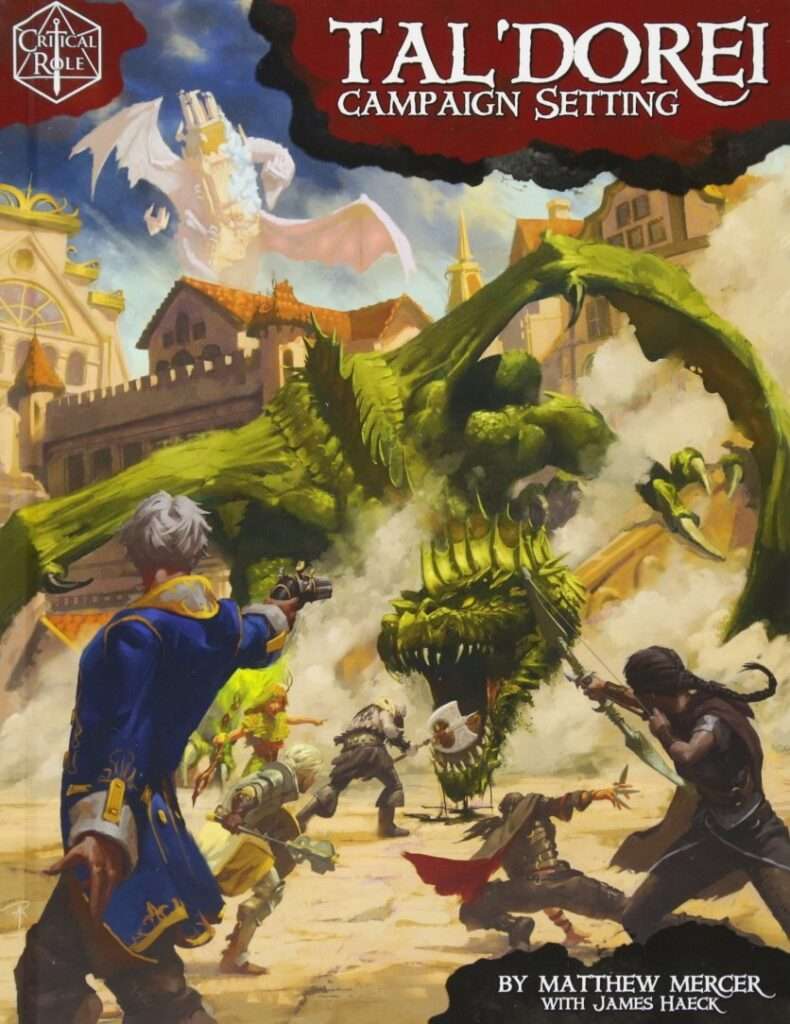 Last month I posted a review for the Explorer’s Guide to Wildemount – an official product for D&D that featured Matt Mercer’s world of Exandria. In case you’ve been living under a rock, Exandria is the gameworld featured in Critical Role, a popular live-play D&D podcast. Many people consider Critical Role to be instrumental in D&D’s recent mainstream success. The current Critical Role campaign (also known as The Mighty Nein) takes place on the continent of Wildemount. But, Wildemount is just a small part of Exandria. Prior to the start of The Mighty Nein campaign, Critical Role focused on another part of Exandria known as Tal’Dorei. This is the focus of the book I’m going to discuss today; the Tal’Dorei Campaign Setting.

I should start by stating up front that unlike the Explorer’s Guide to Wildemount, this product is not licensed by Wizards of the Coast. This is strictly a third-party D&D release by Matt Mercer in cooperation with Green Ronin Publishing. But, make no mistake, that doesn’t mean this is a poor-quality product. Quite the contrary! From a physical standpoint, the book itself is rather exquisite. The binding is tight and the pages are crisp and colorful. It’s obvious that a lot of attention was given to the presentation and editing, as this book is just as readable (if not moreso) as any official product. There’s even a poster-style map adhered to the inside cover.

The contents of the book are also very well presented. To get things started, the first chapter focuses on the history and lore of Tal’Dorei (including a very detailed looked at the world’s pantheon). It then continues by detailing setting-specific options for existing D&D races.

The next part of the book is essentially a gazetteer describing various cities, towns, and other areas of interest. This content takes up the majority of book. Fans of the podcast are likely to recognize most of these locations. Having listened to a lot of the show myself, it was really neat getting a background look at the various locales. It’s impressive to see the amount of work that Matt Mercer has put into his creation. As a DM and aspiring worldbuilder, I can’t help but admire what he’s managed to accomplish. Not only that, but it is all presented in a clear and very readable manner. This is something that even official D&D publications sometimes struggle with.

The last part of the book includes player class options, campaign-specific monsters, and a section of optional “house rules” used by Mercer in his campaign. Again, all of these seem very thought-out and well presented.

I have to admit, I’m quite impressed with this product. Its quality ranks right up there with the Explorer’s Guide to Wildemount. In fact, when examining both of these products side-by-side, it’s impressive just how much they manage to compliment each other. Any DM who wants to explore Exandria with his players would do well to obtain both books. That being said, if this is your intention, I recommend that you buy this product as soon as possible. This book is currently on its sixth printing, and I’m not sure how much longer it’s going to be available. 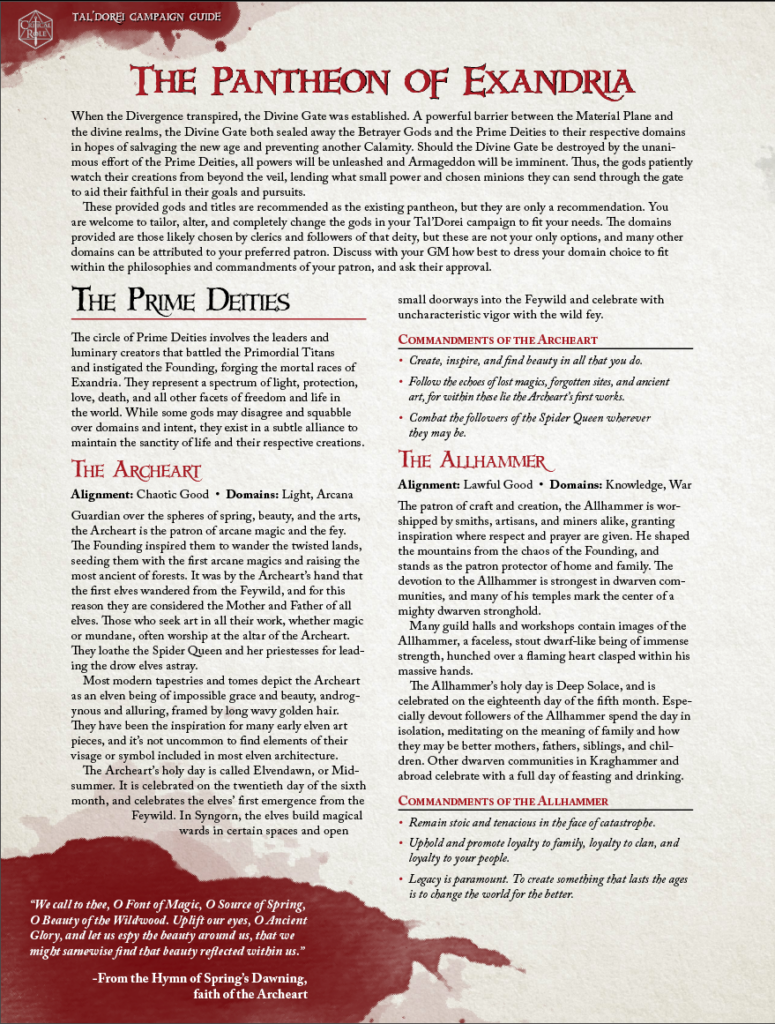