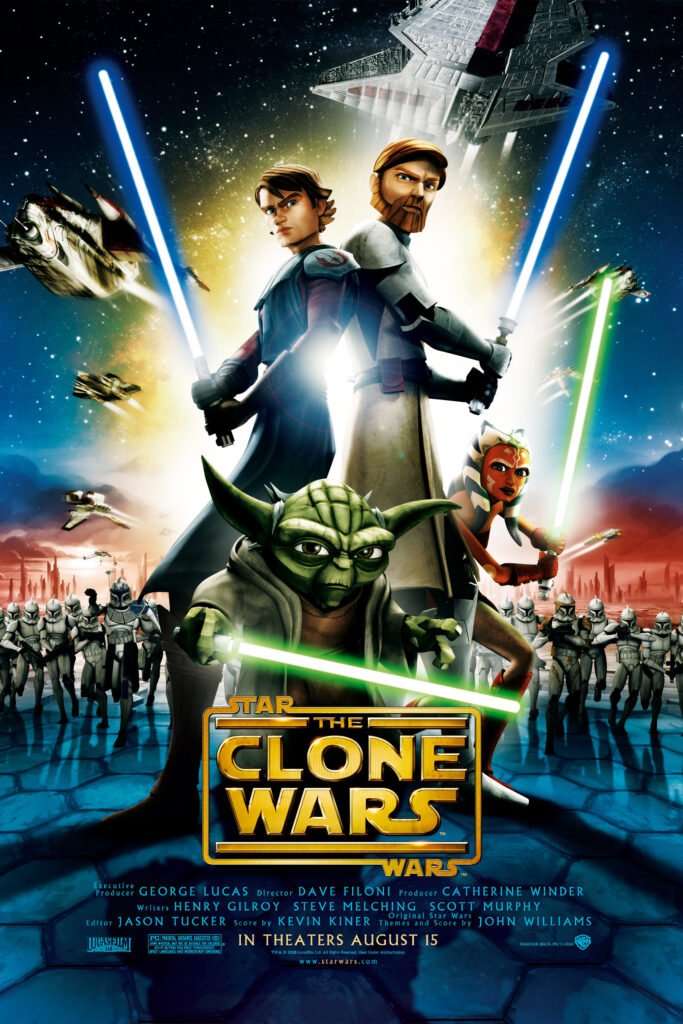 It took me a bit longer than expected, but I have finally finished the final season of The Clone Wars on Disney+. The original run for this show wrapped up right around the time of the Disney/Lucasfilm merger. For this reason, I don’t think I’ve discussed it much on the site. But now that Disney has released the final season, this is the perfect opportunity to talk about the series as a whole.

The Clone Wars is an animated series that takes place between the second and third Star Wars episodes. The series was launched with a full length animated movie and lasted for a total of seven seasons. I saw the movie when it debuted in theaters and if I’m being honest, I wasn’t impressed. The whole storyline just seemed hokey and largely uninspired. I suppose the animation and audio quality was impressive, but overall – blah. It just didn’t resonate with me.

When the series itself started airing on television, it also took a while to grow on me. In fact, the show really didn’t click with me until sometime in the third season. But from that point forward, it really found its groove and never stopped. In fact, the later half of The Clone Wars series ranks right up with The Mandalorian in terms of quality Star Wars storytelling. I know that’s a bold statement, but it really is true.

One of the things the show does well is providing little tidbits of backstory that you never even realized you wanted. For example, humanizing the clone troopers. Being titled “The Clone Wars“, this show naturally focuses a lot on the clones. It provides quite a bit of insight into their day-to-day lives and personalities. But there’s more to the show than just clone troopers. Also worthy of mentioning is the fact that this is the series that brought Darth Maul “back from the dead”. At first, this was something that seemed a bit gimmicky on the surface, but over time it has proven to be a stroke of genius. The character of Maul is so much more than what is seen in Episode I. If it wasn’t for this show, his legacy would have ended right then and there.

As I mentioned earlier, the show started off sort of weak but really came into its own during the later seasons. I suppose that’s why I was so shocked and upset when Disney abruptly announced their plans to end the show after the fifth season in lieu of their own Star Wars Rebels series. Thankfully, this hiatus didn’t last very long and the sixth season was completed and made available online. These Lost Episodes are hands-down some of the best from the original run. In these episodes, fans get to see aspects of the Jedi and force that they’ve long clamored for. Why Lucasfilm continues to keep this sort of lore under lock and key is mind boggling to me. This is what fans want!

Now, five years after the end of the original Clone Wars series, Disney has released the seventh and final season. To me, this new season is probably the most interesting yet. It does a fantastic job of tying up loose ends. For example, it takes us right up to the events of Episode III and helps fill in a few of the gaps between Clone Wars and Rebels. If you’ve watched both series, then you know all about the character of Ahsoka and probably wondered what bridged the gap between the two series… Season seven has the answers you seek.

If you’re a hardcore Star Wars fan who wants to know everything possible about the lore behind the movies, the show is a must watch (even with all its faults). But if you’re casual fan, who really wants a taste of what The Clone Wars has to offer I’d suggest watching The Clone Wars film to get acquainted, then maybe start with the third season.

The entire Clone Wars series is available to stream on the Disney+ service.