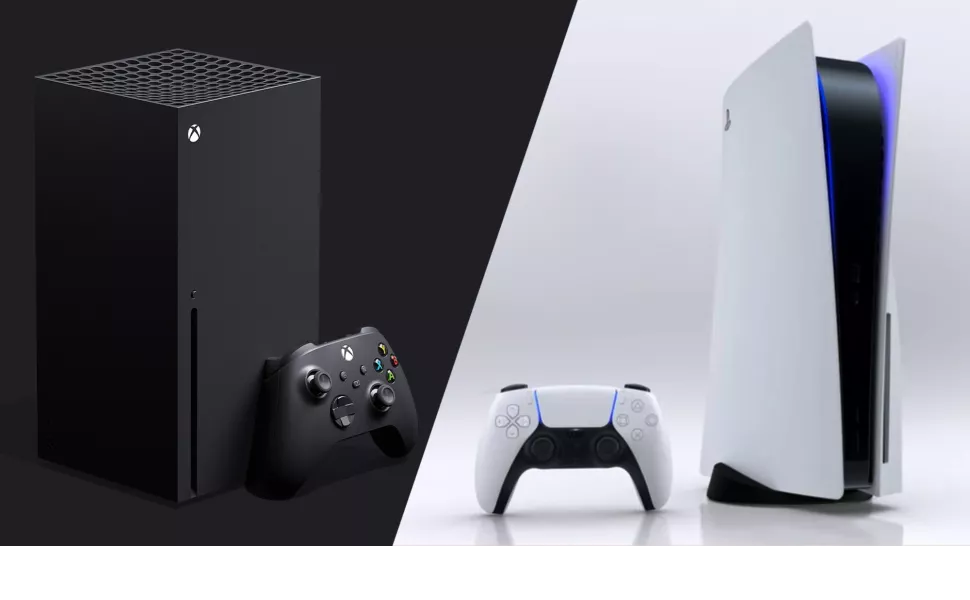 The announcements are finally here. In the last few days, both Sony and Microsoft have announced their next generation consoles. Ladies and gentlemen, I present the Playstation 5 and the Xbox Series X|S!

So what do we know so far? Let’s start with the PS5:

The new console will be available in two variations; the Playstation 5 for $499.99 and the Playstation 5 Digital Edition for $399.99. The obvious difference here is the digital PS5 will not accept physical media, it will be a digital only console. As expected, the console features a pretty hearty upgrade in terms of hardware when compared to PS4 Pro. And yes, it does support 4K gaming. But one of the most talked about changes is the new DualSense Controller. This controller boasts haptic feedback, adaptive triggers and a built in mic.

A handful of console exclusives were also announced; Final Fantasy XVI, Spider-Man, Harry Potter, Resident Evil, as well as a slew of others.

So what about backwards compatibility? Well, officially Sony is being very mum about it. But leaks by industry insiders do seem to indicate that the new system should be compatible with nearly every PS4 title on the market today. If this proves true, the value of the new console increases dramatically.

So what about the Xbox Series X|S? Well, let’s take a look:

Aside from the odd branding (seriously Microsoft… how hard is it to name a console something that won’t confuse the heck out of everyone?) and the tower-like design, the new Xbox systems seem to win out in terms of technology.

The Series X is the big daddy. Literally. This thing is basically a PC tower, complete with a grill-like vent at the top. This console is an absolute monster. 4K gaming, 1 TB of memory, a physical drive, 12 teraflops of GPU strength. This console retail for $499.99

The Series S is the cheaper of the two. This model also looks more like your standard console. It is still a huge leap forward from the previous Xbox One, but it lacks quite a bit of the power that is found in the flagship Xbox Series X. Plus, it is a digital only console. The Series S will retail for $299.99.

When it comes to exclusives, Xbox scores all of the usual suspects: Gears 5, Forza Horizon 4, the next-gen Sea of Thieves.

Both consoles will be able to take advantage of the Xbox Gamepass and are backwards compatible with nearly every Xbox One title.

Both the PS5 and the new Xbox will be available in November.