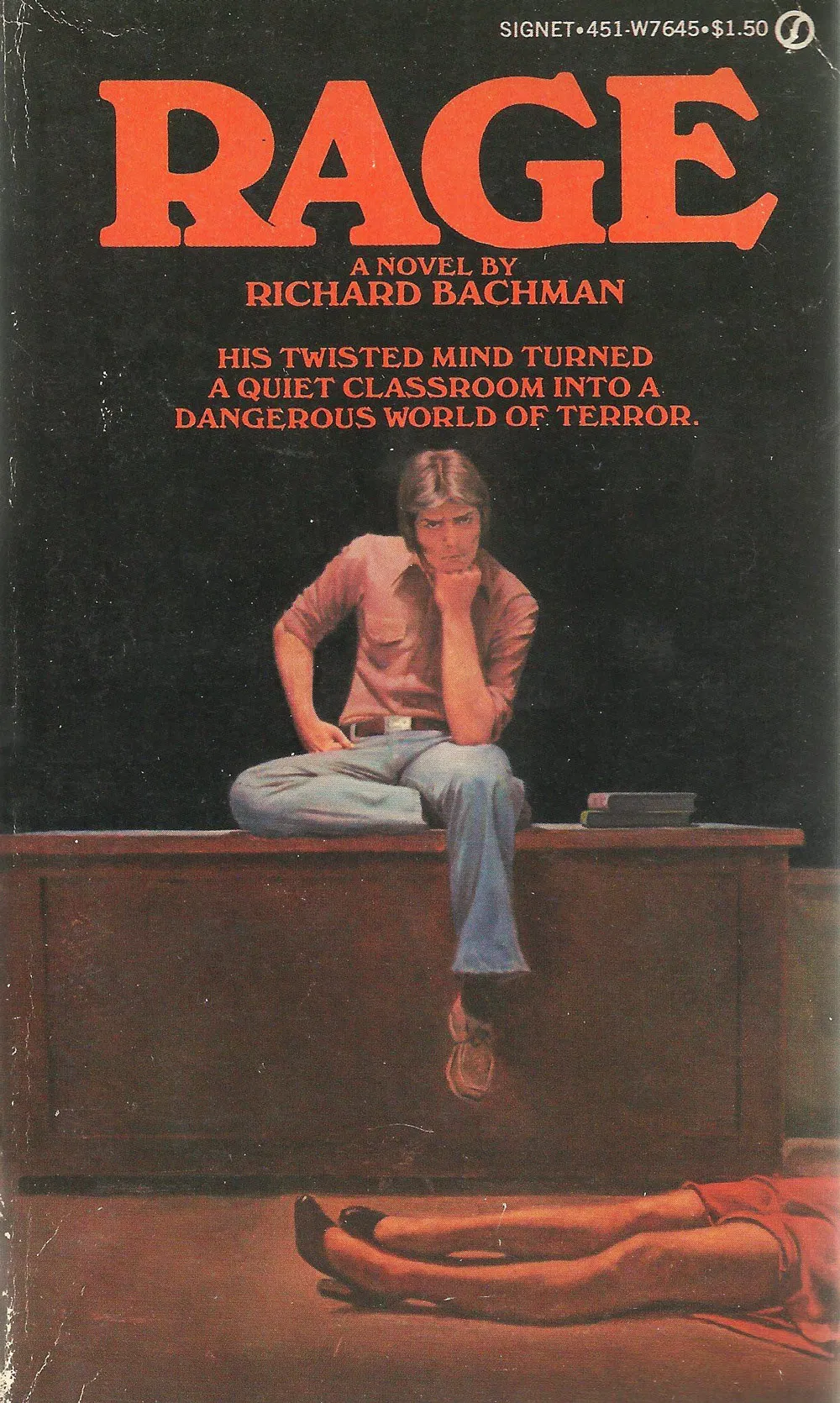 It’s October! That means it’s time for my annual Stephen King book review. In keeping with my tradition of reviewing King’s books in chronological order, I find myself at an interesting point. So far, I’ve reviewed Carrie, ‘Salem’s Lot, and The Shining – the first three books authored by Stephen King. The next book released under the ‘Stephen King’ name is 1978’s Night Shift. But wait… There’s actually another novel authored by Stephen King that was published before Night Shift ever saw the light of day. How is that possible? Allow me to introduce “Richard Bachman”.

At this point in Stephen King’s career, despite the fact that he had only published a number of short stories and a total of three novels, he was quite popular. At the time, the rule of thumb was for authors to only publish one book per year. Well, King had a penchant for churning out books like nobody else. To sidestep this unspoken rule and also as a way to test his writing ability against his own brand image – Stephen King decided to publish a novel under a pseudonym: “Richard Bachman”.

It is this first “Bachman book”, titled Rage, that I’ll be talking about today.

Now, let me preface this by saying if you want to get your hands on a copy of Rage today, you’re a bit out of luck. Rage has fallen out of print and it has done so with King’s blessing. The novel focuses on the controversial subject of a school shooter. In the book, we are introduced to the character of Charlie Decker. Decker is a troubled youth who suffers from psychological issues. At the beginning of the book we learn that he recently attacked a teacher, but somehow managed to avoid expulsion. This becomes the catalyst for a chain of events that eventually causes him to snap; he murders his teacher and takes a classroom of his peers hostage. The events of the novel take place over the course of this hostage situation. During this time we learn more about Charlie Decker’s life as well as his relationship with a number of his fellow students.

In today’s world of active shooters. It’s understandable why a book like this is considered controversial. This is made even more true by the fact that a number of real world “school shooters” have been known to have read this novel. Still, I am a staunch opponent of censorship and I frown upon the decision to allow this book to be lost to antiquity.  There’s so much more to this novel than the simple tale of a student who murders his teacher. This book explores a number of psychological concepts in a way that is nothing short of fascinating.

King’s writing and presentation is superb. The way he allows the audience to get into Charlie Decker’s mind is masterfully done. And it’s a shame that modern readers don’t have an easy way to get ahold of this book.

This book is a not a horror novel in the same way that King’s other books have been. Instead of monsters or supernatural subjects, it is the situation detailed in the story that audiences are likely to find chilling. Yet, at the same time, Stephen King has a way of humanizing Charlie Decker. Despite this, his actions are still appalling and unacceptable. It is this mixture of emotions that audiences are likely to struggle with.

Even though this is one of King’s lesser known works, it is a favorite of mine and one that I highly recommend to anyone who can find a copy.