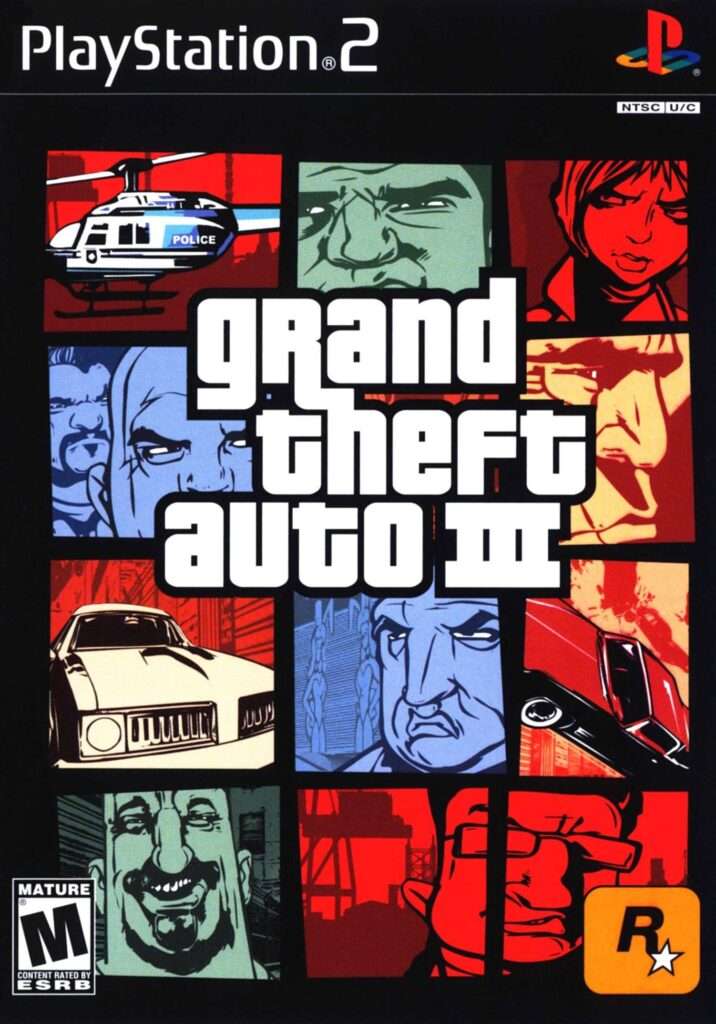 Here’s a game review that’s been a long time coming. At last, I’m going to share my thoughts on the legendary Grand Theft Auto III. It’s been about two years since I reviewed the first two Grand Theft Auto games. And while those titles were classics in their own right, it was really GTA3 that made the series into the super franchise that it is today.

Before I get too far into the details for this game, I do want to take a very brief look back at the first two GTA titles. Grand Theft Auto and Grand Theft Auto 2 were top-down driving games originally released for the PC. In these games, players take control of a criminal who does jobs for various crime syndicates. The majority of these games take place behind the wheel of a car as players smash into other vehicles, run over pedestrians, and evade law enforcement. There’s also plenty of bad language, sexual innuendo, and wanton violence to boot. Well, GTA3 is essentially the exact same concept, but this time it is presented in a 3D perspective – and it makes all the difference.

GTA3 was originally released for the PS2, but it was later ported to both the PC and Xbox. Due to the game’s popularity, additional ports continued to be made for later generation consoles. Versions of GTA3 exist for both PS3 and PS4. When I started my playthrough, I actually began by playing the PS4 release. This version is essentially an emulated port of the original PS2 version. But for whatever reason, I found the experience to feel a little “off”. I’ve played a number of PS2 classics on the PS4 (most recent being Resident Evil: Code Veronica), and they always seem to suffer slightly from fuzzy visuals and other oddities. Whenever I hookup my actual PS2 to my modern television, many of these issues seem to go away. So, I chalk this up imperfect emulation. Most of the time, I find these side effects tolerable. But in the case of GTA3, it really bothered me for some reason. So much so that I decided to switch to the PC version for my review.

Now, the PC version is also not without its issues. The game was made almost twenty years ago and it wasn’t designed with modern versions of Windows in mind. However, as is often the case, there are a number of fan-made patches that allow the game to function normally. These patches also provide widescreen support for modern monitors. For my review, I played the Steam release of GTA3 using the “Updated Classic” modification. Aside from widescreen support, this patch also and restores several PS2 features that were absent from the original PC version. 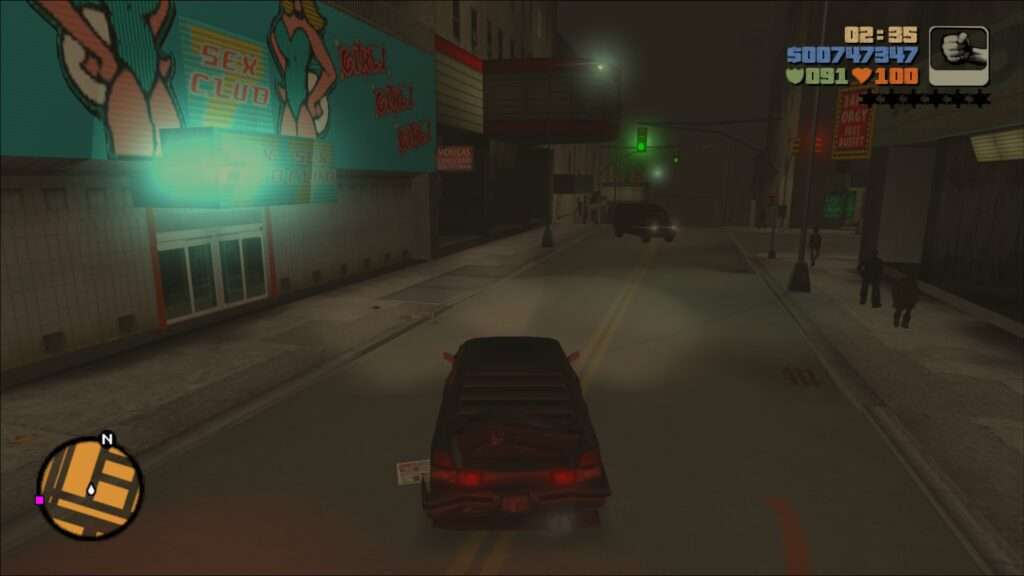 In GTA3 you play as the character of Claude. Claude is a small time criminal who is double-crossed by his girlfriend and ends up in prison. The game begins during a routine prison transfer. A number of cartel members ambush a prison convoy and rescue their boss from captivity. Among the other prisoners on the bus are Claude and a man known as 8-Ball. Teaming up, Claude and 8-Ball flee the scene of the ambush before police reinforcements arrive. After making their getaway, 8-Ball introduces Claude to the criminal underworld of Liberty City.

In early stages of the game, players control Claude as he jacks cars and performs small time errands for the local mob. As his reputation grows, more and more criminal syndicates start to take notice. Eventually, the player finds themselves in the middle of an all-out gang war and is forced to decide where their loyalties lie. 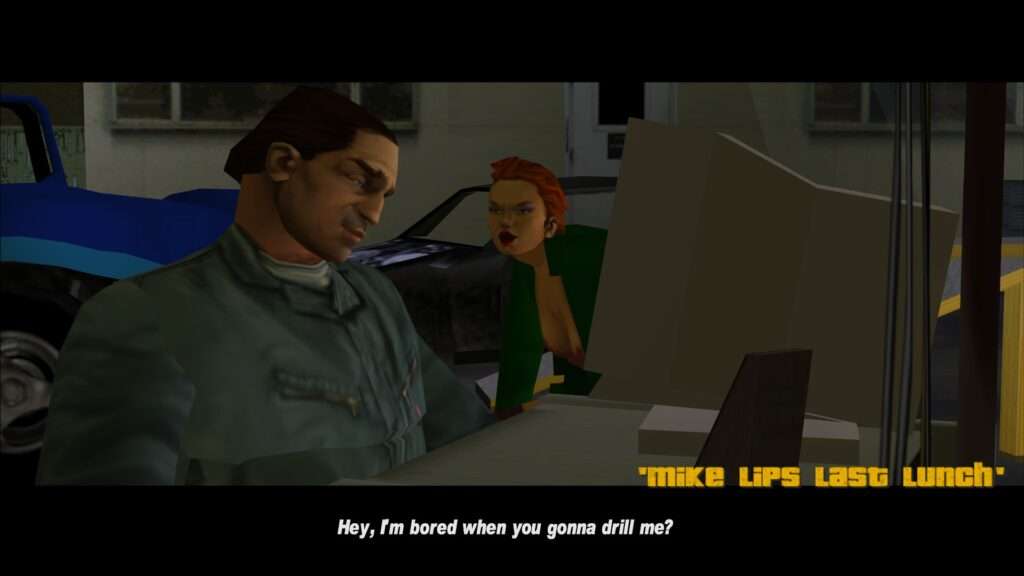 In a number of ways, gameplay in GTA3 is nearly identical to what was seen in the first two games. The game is largely open world and players are able to hijack cars and and do whatever they wish. Of course, in order to progress in the game players must complete missions that drive the main storyline. At first these missions come from one source, a nightclub ran by a mafia capo. However, as players continue to pull jobs, other characters also start offering tasks. Eventually, there’s a point in the game where players can visit a number of different NPCs and select the jobs that are most appealing to them. Missions reward players with both cash and reputation points. Cash can be spent on vehicle repairs, weapons, and “female companionship”.

There are other ways for players to make money as well. One of the easiest is by stealing a taxi cab and picking up fares. (Players can also steal firetrucks, ambulances, and police cars – moonlighting as those jobs also). Or, if you’re a particularly sadistic player, you can just go around beating up innocent people and stealing their cash. But beware, if you’re seen engaging in criminal activity, it will draw the attention of the police. Ending up in jail not only costs money (for bail), but it also resets the progress for any mission you might be undertaking. The same can be said for getting killed (aka: “wasted”).

At first, certain parts of Liberty City are off limits. But as the player progresses through the story, these areas eventually become available. New missions are unlocked alongside new areas.

As was the case with the first two games, different cars handle differently. A sports car is fast, but not as durable as a pickup truck for example. Also, when operating a vehicle, players have control over the radio. There’s a number of radio stations for players to choose from, each with a unique playlist, DJs, and silly commercials.

All of the things mentioned above really help to make Liberty City into a living, breathing world. The city itself is game’s most intriguing character. In fact, by the time I was finished with the game I realized that I didn’t want to leave. I actually missed driving around the city, jamming out to the music, and exploring all of the nooks and crannies. That level of enjoyment is a rare thing. 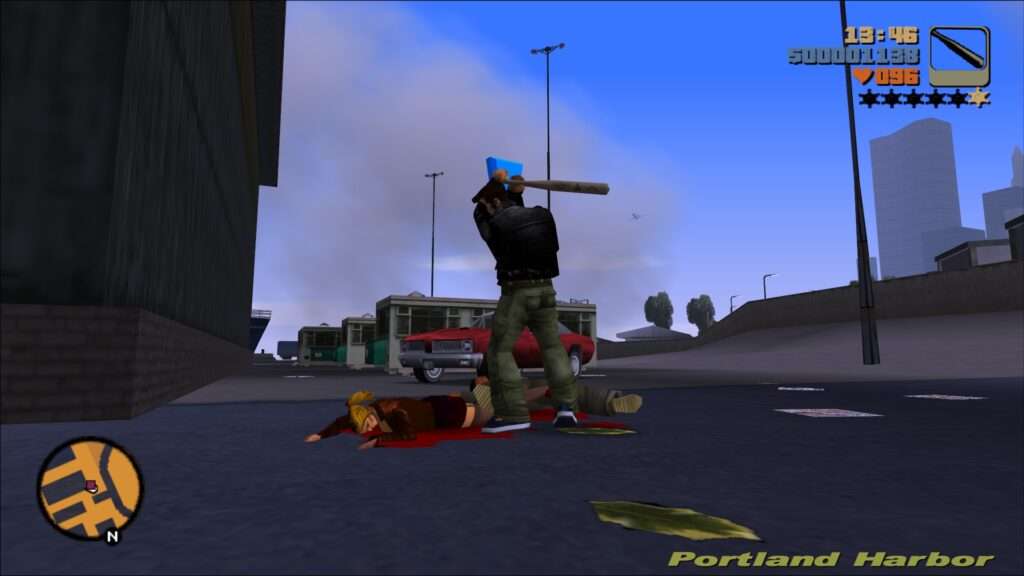 To say this is not a game for children is an understatement. Grand Theft Auto III is essentially a crime-based sandbox for adults. But it’s also a game that has a well-earned reputation. Until I sat down with GTA3 for this review, I had never actually played the game before. But even so, I was very much aware of how popular this title was. Sure, I had played the first two games in the series and found them to be enjoyable. But there’s just something about having the game presented in 3D that makes it that much more immersive.

Everything about this game is masterfully done; the story, the voice acting, the music, the shock factor – the list goes on and on. It’s easy to see why this game is often considered one of the greatest open-world titles ever made. It really is that good.

I know that some people will be put off by the mature content found in a game like this. That’s certainly understandable. I wouldn’t let my youngest son play this game. But everything about this game is so over-the-top that it’s hard to take it very seriously.  If you can get past the “R” rating, this is one of those games that everyone should own. It’s legendary for a reason. 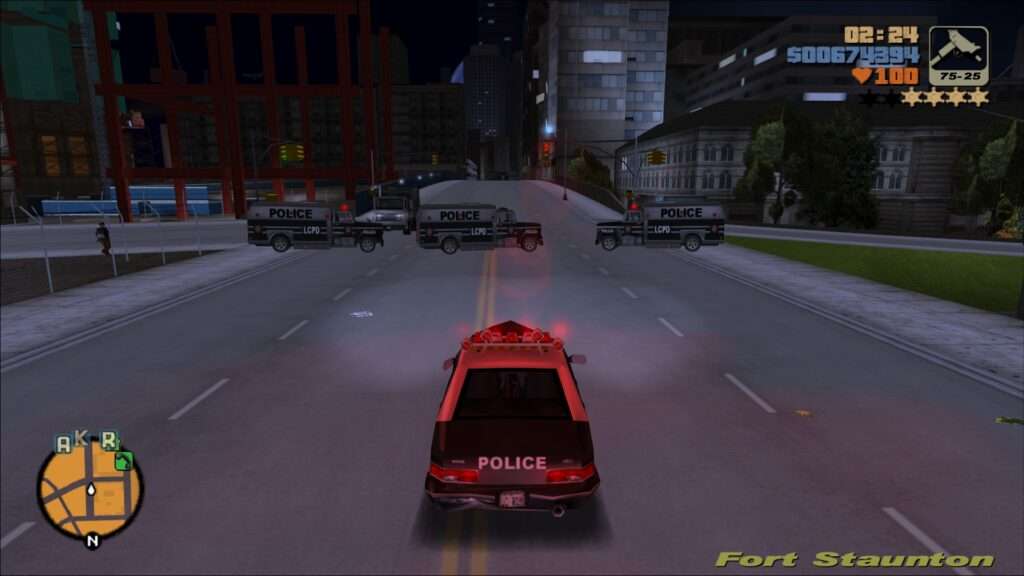 Difficulty: Hard – Many players enjoy this game simply for the open-world experience. But for those who aim to actually complete the storyline from start to finish, it’s no walk in the park. More than a few of the missions in this game are downright tough. Thankfully, many of the really difficult ones are sidequests that are not required to complete the game. Still, if you’re one of those players that likes to 100% everything, you’re going to be in for a pretty tough time.

Story: There’s a lot more to the storyline for this game than people might think. Players who take the time to seek out all of the optional quests and pay attention to all of the various cutscenes will be rewarded with a pretty amazing story.

Originality: Many of the core concepts in this game are ripped right out of the first two GTA titles. But the new presentation, mixed with plenty of open world exploration really made this game into a first of its kind. It’s a formula that has been mimicked countless times since.

Soundtrack: The majority of the music found in this game comes from the in-car radio stations. These stations play host to everything from classical music to rap and rock. (Personally, I’m fond of Flashback FM and K-Jah Radio). The music played on these radio stations is real (but rather obscure) stuff. For example, all of the songs on Flashback come straight off of the Scarface movie soundtrack. The radio in this game turned me on to a bunch of artists I had never heard of before. Really good stuff!

Fun: I liked the original GTA games, but this one is really leagues beyond in terms of fun. Even after finishing the game, I occasionally find myself loading up my old save and just driving around trying to pull off insane stunts or slamming into things to see how mad I can makes the cops. It’s an absolutely blast.

Graphics: These days, the graphics in GTA3 look pretty dated. But at the time the game was released they were top of the line. The character models are blocky, but way better than what most games were doing at the time. Plus, the fog and lighting effects in the game were pretty cutting edge. It still looks decent today.

Playcontrol : The playcontrol is this game can be a little wonky at times. When on foot, especially when firing a weapon, the controls don’t feel particularly intuitive. But, its still manageable. It seems that most of the focus went into the driving aspect of the game. Each car has its own handling and quirks. Some cars are tougher to drive than others – but that’s actually by design.

Value: This game is available on PSN for $15 and Steam for $10. I personally prefer the PC version, so at $10 it’s an absolutely steal. But if I’m being honest, even paying $15 for a game of this caliber is well worth it.

Overall score (1-100): 95 – Hands-down one of the best games from the PS2 era. GTA3 started a revolution. It brought open world titles to the forefront and showed that a mature rating doesn’t spell disaster for game developers. The gameplay is amusing and entertaining, the music rocks, and the storyline is nothing short of excellent. This is a must play for any adult gamer.