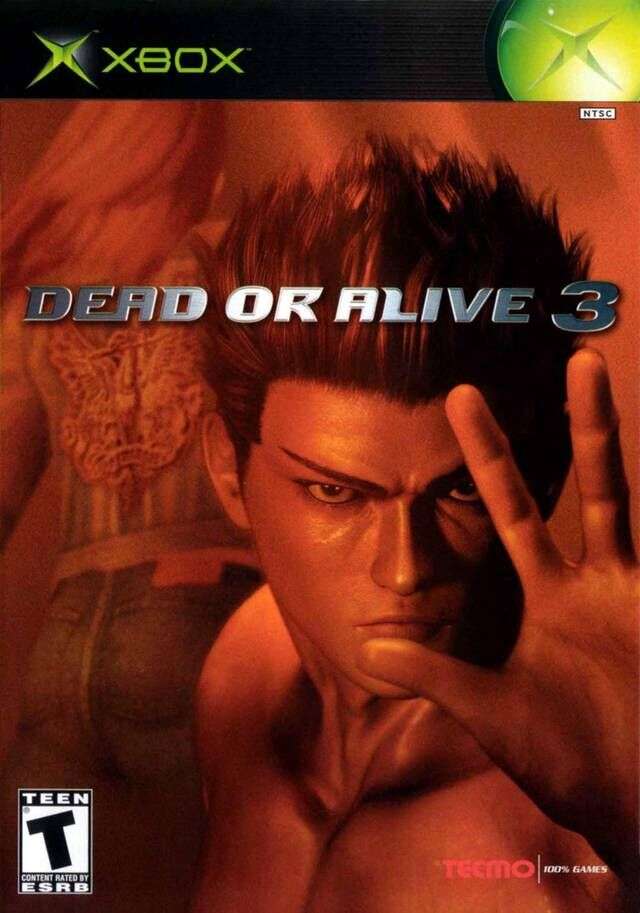 Several months ago, I shared my thoughts on a game compilation called Dead or Alive Ultimate. This Xbox-exclusive release collected the first two games in the Dead or Alive series (a franchise originally popular on the Sony Playstation) and made them available on an entirely new system. But, even though this collection contained the first two entries in the series chronologically, it was not the first Dead or Alive game released on the Xbox. That honor actually goes to the game I’m going to discuss today, Dead or Alive 3.

As I mentioned above, the Dead or Alive series really got its home console start on the Playstation. But with the release of the new Xbox console, Microsoft began reaching out to developers who would be willing to develop titles exclusive to their new system. Their success was varied, but one of the devs that did sign on was Tecmo. This agreement resulted in the Xbox becoming the new home to the Dead or Alive franchise. DOA3 was a launch title for the Xbox and the the first game in the series released for the system. But it was quickly followed up by Dead or Alive Ultimate, a move that effectively put the entire series in the hands of Xbox players.

As the name suggests, Dead or Alive 3 is the third game in the Dead or Alive series. It continues the story of several characters from the first two games, but also introduces a few new faces as well. So, what’s going on in this chapter? From a storyline perspective, this game assumes that Ryu Hayabusa was the winner of the second Dead or Alive tournament. However, even though he managed to slay the demon known as Tengu, he was unable to prevent the calamity that followed. By opening the gates to the realm of demons, the world is slowly becoming a tainted place. Having learned to harness the power of the demonworld, DOATEC have finally completed their superhuman experiments. The end result is the creation of a powerful being known as Genra. Once the leader of a powerful ninja clan, Genra is now fully enslaved to the will of DOATEC. In order to test their new weapon, DOATEC announces the third Dead or Alive World Combat Championship. 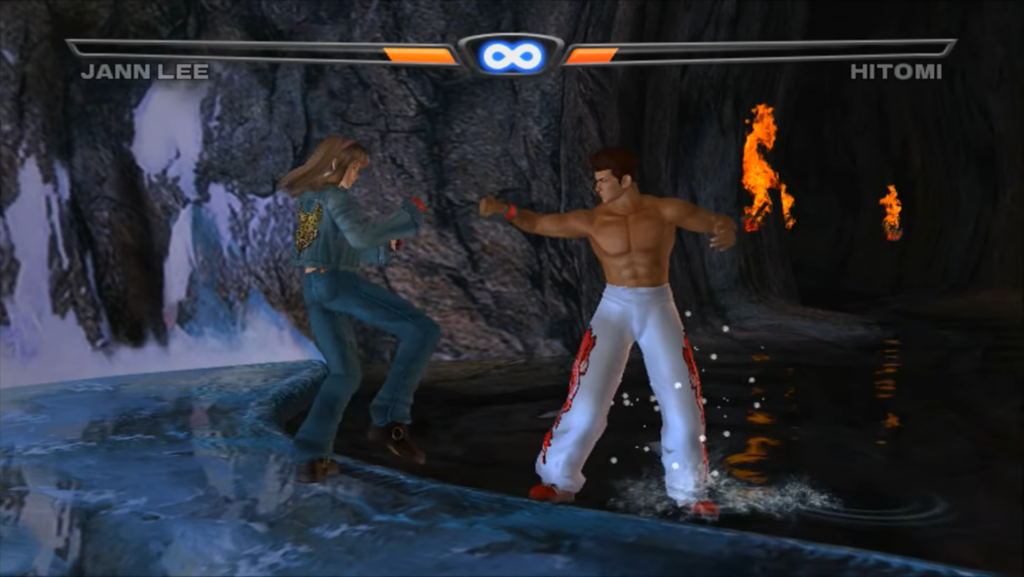 Dead or Alive 3 takes all of the gameplay elements that made the second game such a success and improves them even further. Fans of DOA2 will feel right at home with his new title. However, some minor tweaks to gameplay were made. These include better 3D movement, increased times for counter moves, and more straightforward combat. These changes actually make the game a little more accessible to new players, something that helped DOA3 become quite successful.

Here in the US, there’s only one version of Dead or Alive 3. However, by the time the title made its way to Japan a few updates were added to the game. These changes included new costume options for characters, new attacks, new gameplay tweaks/balance adjustments, and a new opening cutscene. The costumes introduced with the Japanese release were later made available to the western audience in the form of DLC. The DLC was initially distributed on-disc via the Official Xbox Magazine and with Dead or Alive Ultimate, and later online. But the new attack moves and balance adjustments never saw the light of day here in the States.

The following new characters are introduced in this title:

Hitomi – Trained from birth in the art of Karate. Hitomi has longed to enter the tournament in order to test her skills against the world’s greatest fighters.

Brad Wong – A practitioner of the “drunken-master” style of Kung Fu. He has been tasked by his sensei to recover a legendary wine that shares the same name as DOATEC’s new superhuman. Not willing to leave any stone unturned, Brad has entered the tournament.

Hayate – The true identity of “Ein”, and Kasumi and Ayane’s brother. A victim of DOATEC’s previous superhuman experiments, he has entered the tournament to redeem his name and seek revenge for the terrors inflicted upon him by DOATEC. 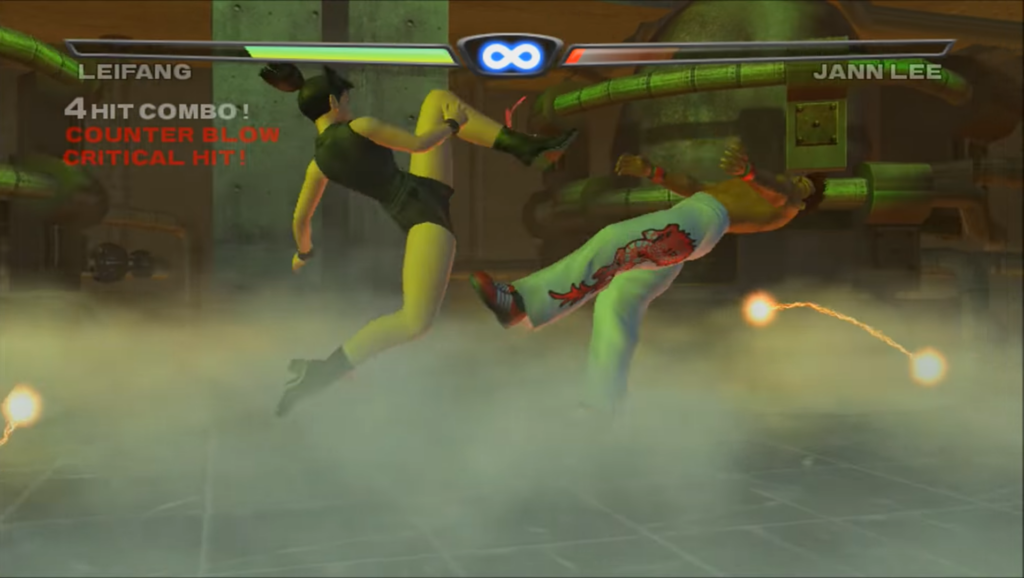 One of the first things gamers are likely to notice is just how incredible this game looks. The graphics in this title are absolutely stunning. Even by today’s standards DOA3 is fairly impressive. This is especially true when you consider this game was released in 2001. Everything from the character polygons, the background levels, and the particle/lighting effects were simply top-tier for this game’s day and age.

But graphics aside, this game offers players plenty of content to keep them busy. As expected, the main mode of play is Story Mode. But DOA3 also includes Time Attack, Survival, Tag Battle, Versus, Watch Mode, and Sparring. Unlike Dead or Alive Ultimate (which as I mentioned earlier, was released later), there is no online mode of play. So all of the multiplayer options are local only.

In truth, DOA3 doesn’t really bring anything new to the table in terms of gameplay. It is lovely to look at and the gameplay tweaks do make it a bit more accessible to new players. But nearly everything seen in the game has been done before. Still, being a launch title, it became the de facto fighting game for the Xbox for quite some time and it certainly set the bar for other games in the genre.

I wish I had more to say. But in reality, aside from a really good coat of polish, there’s really nothing new brought to the table with this game. Still, it does manage to provide hours of fun for gamers that enjoy this type of experience. Let’s take a closer look at the specifics below: 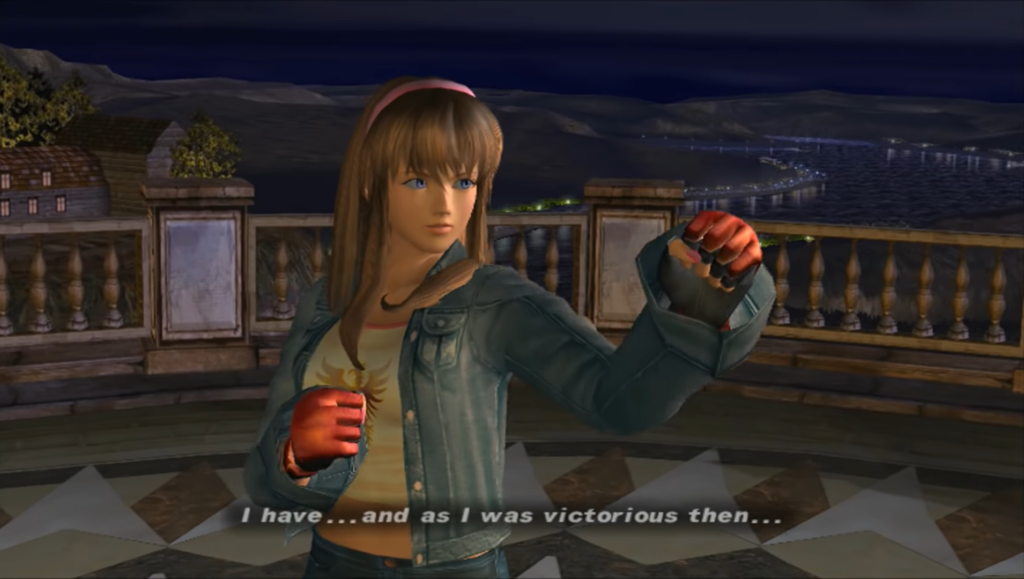 Difficulty: Varied –  DOA3 offers several different difficulty options. When playing in the story mode, the first couple fights are pretty easy. But the difficulty does ramp up from there. Overall, the various difficulty settings are accurately described. But the key to understanding the game really comes from mastering DOA’s unique combat. I still recommend that new players read the game manual and practice a bit in sparring mode before jumping blindly into the game itself. As always, when playing against other players the difficulty will vary greatly depending on the skill of you opponent.

Story: The storyline this time around felt a little weak to me. Each character has their own plot, but many of them are largely recycled from the previous games. There’s really nothing new brought to the table with this entry in the series. But that being said, games like these don’t really need a strong plot to be successful.

Originality: While the first two DOA games really broke a lot of ground in the fighting genre, DOA3 is essentially more of the same.

Soundtrack: As always, the music in this series is pretty impressive. The tunes are high-energy and match the characters well. The voice acting is all in Japanese, but well done. Oddly enough, this game started the short-lived trend of Aerosmith songs being shoe-horned into the DOA series (something that I don’t quite understand).

Fun: For me, the best way to enjoy these games is with a friend. The single player experience is fine. But in the end, nothing beats going head-to-head with another player. Still, this game is entertaining enough to play alone.

Graphics: This is by-far the best looking game in the series to date. This is especially true is playing on an Xbox 360. But even on the original hardware, DOA3 looks absolutely breathtaking for its time. Also, the game’s “physics” are even better than ever…

Playcontrol: DOA3 features a very unique but approachable control scheme. I do recommend that players take the time to familiarize themselves with the controls before diving in. But once learned, the playcontrol is smooth as silk. This is true on either the original Xbox controller or the 360.

Downloadable Content: Yes – Bonus content was originally available on disc for players using the original Xbox. This was distributed for free online and via the Xbox Magazine. However, unless I’m missing something, the online distribution no longer appears to be available.

Value: Dead or Alive 3 is only available physically and has long been out of print. These days, copies of the game can go for anywhere from $5-$30 depending on condition. Personally, unless you’re a collector or a rabid fan of the series, I wouldn’t pay any more that $15 for a complete copy.

Overall score (1-100): 70 – Dead or Alive 3 is great fighting game and fans of the series should certainly take the time to experience it. However, more casual players might be better served by some of the more modern entries in the series. Graphically, this game is absolutely fantastic. And even from a gameplay point of view, it is very well done. Still, it just doesn’t feel unique enough stand out among the crowd of the day. It’s really a shame that we never got to experience the updated version here in the west. I still hold out hope that we may one day see a DOA compilation that contains the first three or four entries in the series. But time will tell.

Available today on: Not Currently Available – (Updated as of Spring 2022)