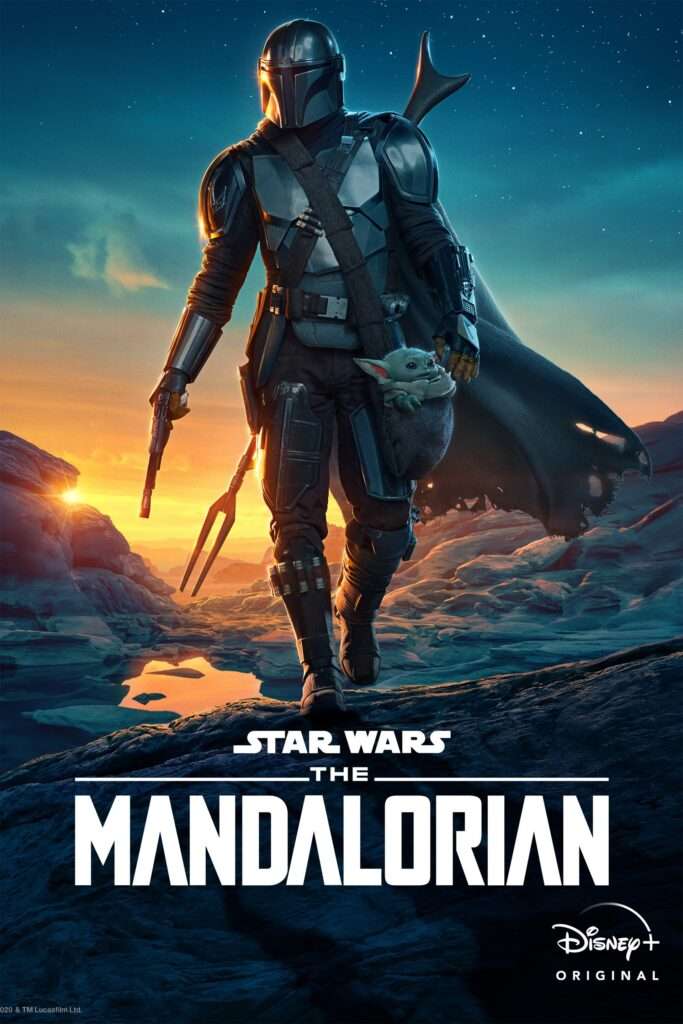 Disney took the world by storm when they premiered the first season of The Mandalorian. Since that time, fans have been eagerly waiting for the second, albeit with some trepidation. The first season was so perfect, could lightning really strike twice? Well, the second season is now complete and I can easily answer that question:  YES! And I’m happy to tell you all about it. But be warned, my summary below is EXTREMELY SPOLIER HEAVY.

The second season doesn’t waste any time hooking the audience. Now in exile from the Bounty Hunter’s Guild, the Mandalorian is on his own. This time he’s on a personal quest to find “the child’s” own people so he can deliver his charge to safety. To accomplish this goal, he decides to first seek the help of other Mandalorians. Rumors of someone in Mandalorian armor lead him to the town of Mos Pelgo on Tatooine. It is there that he encounters the character of Cobb Vanth. (Hardcore fans might recognize this name from the Aftermath novels). Vanth is the marshal of Mos Pelgo, but he’s no Mandalorian. He wears a set of Mandalorian armor, however. In fact, it is the same armor that used to belong to none other than Boba Fett! After a brief explanation on how he acquired the armor, it quickly becomes obvious that Boba didn’t meet is fate in the Sarlaac pit.

Yes. This show has finally made it official. Boba Fett Lives. This something fans have been begging for for decades. Finally it is a reality. And yes, we get to see a living breathing Boba Fett on screen again.

The early part of the season shows the Mandalorian and “baby yoda” taking on various jobs and searching for clues on the location of any potential Jedi. Eventually, their search leads them to the war-torn world of Corvus where they meet… Ahsoka Tano! That’s right! Not only has this season resurrected Boba Fett, but we now have a live-action Ahsoka on the screen! Using the force, Ahsoka is able to determine that the child was once a youngling at the Jedi temple and his name is actually Grogu. She directs The Mandalorian to the forgotten planet of Tython – the original home of the Jedi Order.  She believes that Grogu will be able to tap into the force-rich environment there and possibly reach out to any Jedi that might remain.

After a number of plot twists and turns, Grogu is captured by the Imperial Remnant. The Mandalorian rushes to rescue him, but is overpowered at the last minute. Then, just as all seems lost, the unexpected happens. A shuttle appears… an X-Wing. It is piloted by none other than… Luke Skywalker!  (digitally de-aged to match his RoTJ-era look). What happens next is something fans have been dying to see on screen since the original trilogy – Luke Skywalker being a complete badass. Lightsaber ignited, Luke absolutely decimates the Imperial troops and saves the day.

The season ends with The Mandalorian saying goodbye to Grogu as he leaves with Luke to begin his Jedi training.

Granted, what I’ve written above is the barest summary possible. But it should give you a good idea of just how much fan service is being served up by this show. And I don’t mean that in the typical way. Disney isn’t just spoon-feeding fans content that they know is wanted. The writing, the cinemaphotography, even the score is absolutely perfect. I said this about the first season, but I’ll say it again – this is the Star Wars that people want to see. It’s leaps and bounds better than the sequel trilogy.

Seeing a young Luke on screen again was thrilling. The digital-deep fake isn’t perfect, but it’s way better than what’s been seen before. I really hope to see more of this in the future. However, with Grogu now gone, it begs the question – what will the next season focus on? At this time, that’s anyone’s guess. Because instead of teasing us with a third season of The Mandalorian, the season ends with a teaser for a completely new show: The Book of Boba Fett!

The future of Star Wars is certainly looking exciting.