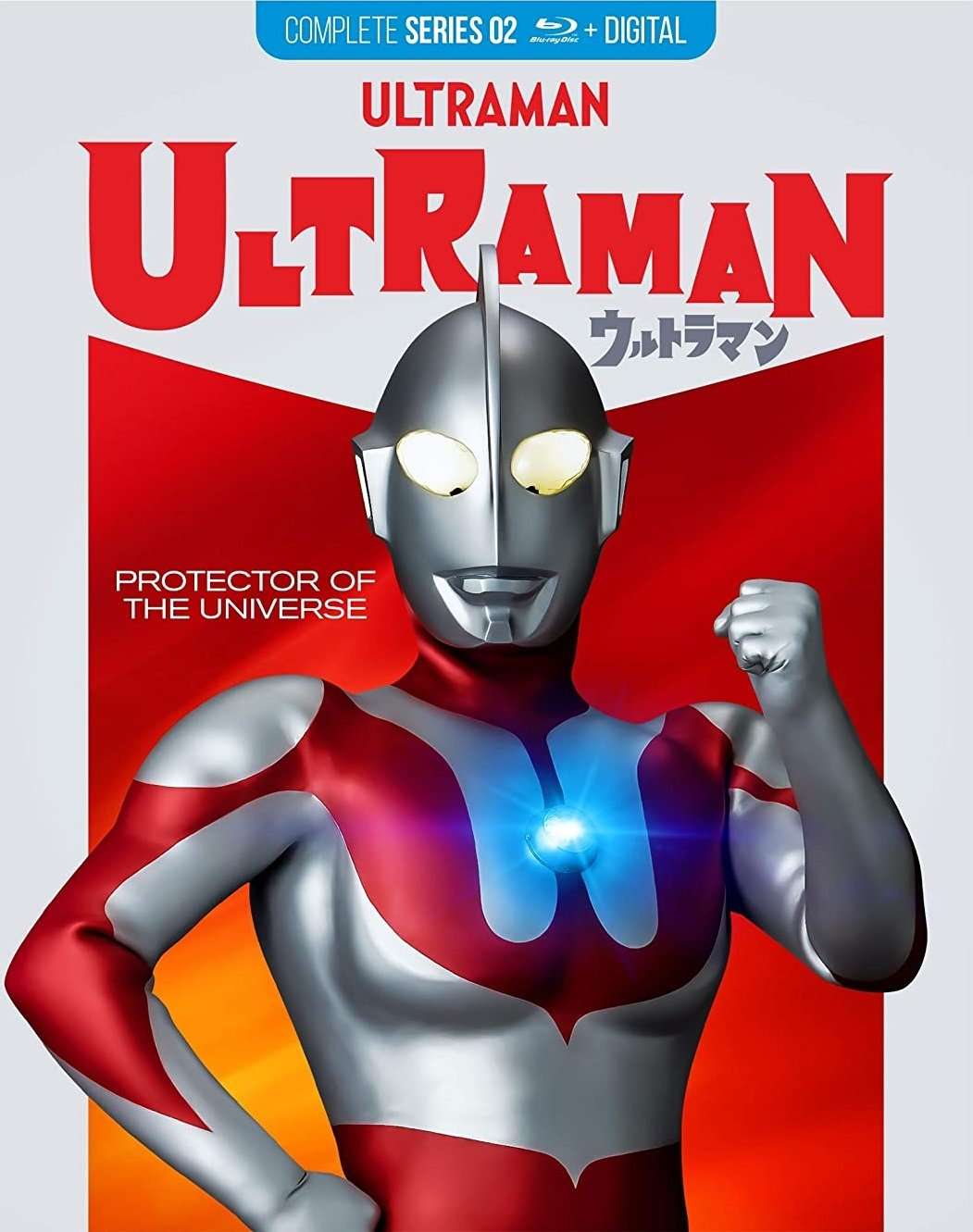 A while back, I shared my thoughts on a Japanese television show called Ultra Q. In that article, I discussed my childhood fascination with a character that’s somewhat related to that show, Ultraman. In case you are not familiar with the name, Ultraman is a giant robotic-looking alien who defends Earth against terrible monsters. My first encounter with the character of Ultraman came during my time living in Japan. I was shopping with my parents at a local store called Sumaid. Sumaid was best described as the Okinawan equivalent to Walmart or K-Mart. To be honest, I don’t know what it might be like today, or even if it still exists. But back then it was a great place to go for local groceries, housewares, appliances, and toys. The toy area always caught my attention. I could easily spend over an hour browsing the shelves looking at all of the strange anime trading cards, manga books, and Japanese action figures. It was in that toy section that I got my first look at Ultraman. It was an action figure that was probably close to 8 inches tall. It was made of cheap hollow plastic, but it was well detailed. I’m not sure what it was, but there was just something about the character that I found appealing.

At this point, I had absolutely no idea who Ultraman was. I figured maybe he was a cartoon character or some futuristic comic book robot – all I knew is that he looked really cool. But it was only a few days after acquiring the figure that I happened to stumble upon a rerun of the original Ultraman show on local television. I remember sitting on the living room floor completely dumbfounded at what I was seeing. As it turned out, Ultraman was not some brand new Japanese sci-fi series. Instead it was a really cheap looking TV show from the 1960’s. The character of Ultraman was portrayed by a guy in cheap rubber suit that would flap and bend whenever he moved his arms. There were eye holes visible in the lenses on the front of the suit and a painfully obvious zipper in the back. It looked atrocious. But at the same time, I was completely fascinated. It was the cheesiest, most ridiculous thing I had ever seen – and I loved it 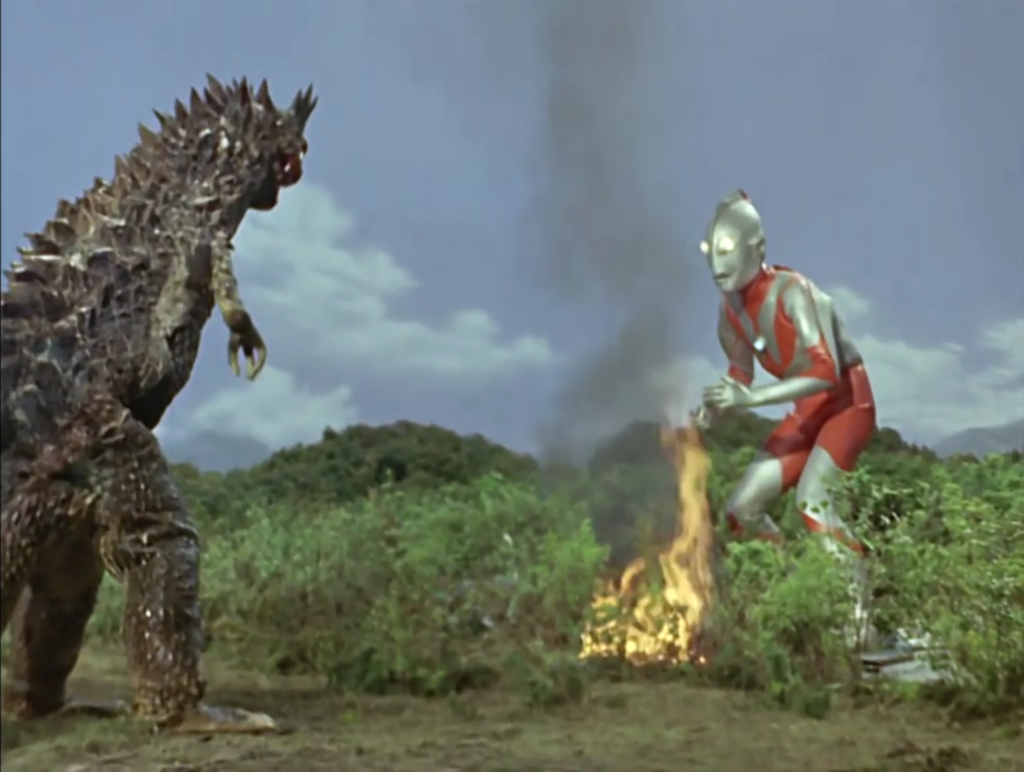 Back then, I really had no idea what the show was about. All I knew is that there was a bunch of people flying around in jets (that were obviously models being dangled from a fishing line), and at least once in every episode Ultraman would show up and perform poorly-executed pro-wrestling moves on giant rubber monsters. The actual plot of the show was largely a mystery to me.

But now, decades later that mystery has been revealed. The original Ultraman television show has been remastered and is now available on Blu-ray here in the west. Once I became aware of this fact, I purchased the collection and shared it with my kids.

So just what is Ultraman all about? Well, for starters it’s sort of a spiritual successor to Ultra Q. It’s not directly related in any way, but many of the monsters featured in Ultra Q do make a return. Ultraman portrays the adventures of a futuristic security force called the Science Special Search Party (or SSSP). The SSSP is a team of scientists that operate all over the world. This show focuses on the Japanese branch of the SSSP. One day, during a routine investigation, SSSP member Hayata’s craft is struck by an alien transport. The collision causes Hayata to crash and he is killed as a result. Feeling guilty for taking the human’s life, the alien piloting the craft sacrifices itself and gives its lifeforce to Hayata, resurrecting him. Upon awakening, Hayata discovers that he is able to transform himself into the alien being at will – but only for short intervals. Thus, the character of Ultraman is born.

In truth, Ultraman only makes a short on-screen appearance maybe once per episode. This usually occurs towards the end of the show after the SSSP has exhausted all of their efforts fighting whatever giant rubber monster is causing havoc. You see, like Ultra Q, each episode features a new monster for the SSSP to deal with. Most of the time, the SSSP has little success in eliminating them. That’s when Hayata will sneak away from his companions and transform into Ultraman. 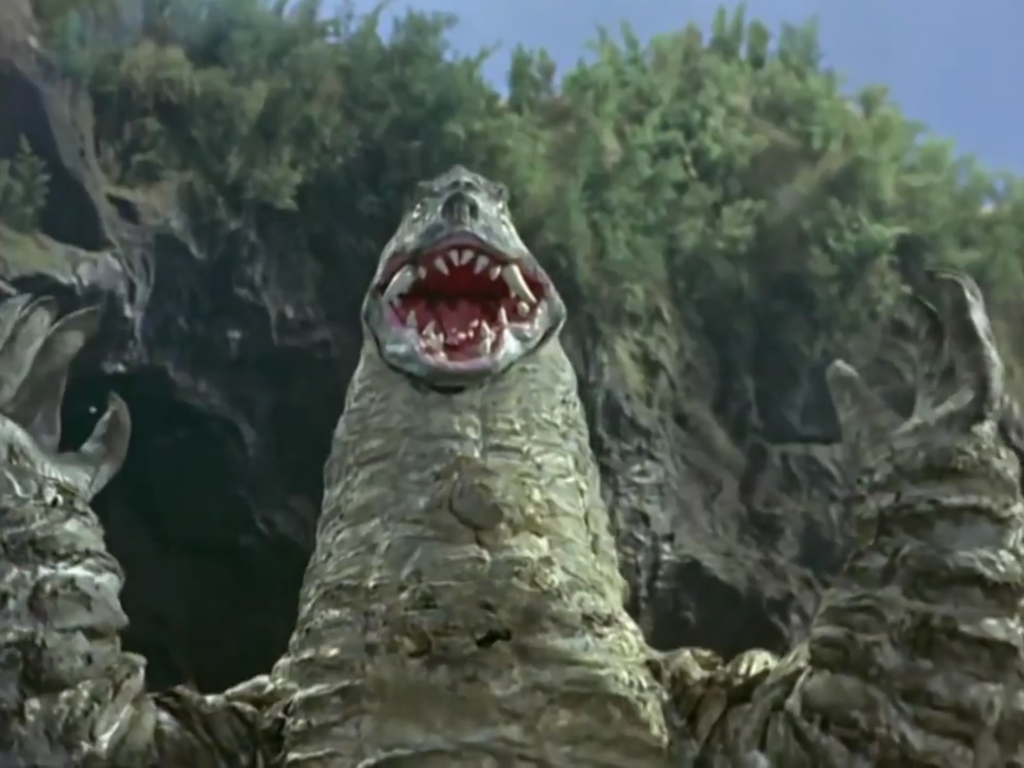 Unlike Ultra Q, this show seems to aim for a younger target audience. Many of the monsters or scenarios are a bit silly. Plus, some of the antics of the SSSP are downright childish at times. Then again, there’s actually quite a bit of violence and peril present in the series too. This might simply be a cultural difference, but either way, this is a show that might be a little tough for casual audiences to digest.

The acting is pretty decent, but the ridiculous rubber suits, toys cars, and shameful looking models are as corny as it gets. I suspect that when watching this show on television back in the 60’s many of these flaws weren’t quite as apparent. But with today’s HD format, every little wrinkle, wire, painted background are painfully obvious. But if I’m being honest, for me that is part of the fun. If you approach this show expecting something akin to what you’d see on Mystery Science Theater 3000, then you probably won’t be disappointed.

Regardless, this show was popular enough in Japan that it started a fandom that persists to this day. And I look forward to continuing to explore the Ultra library and seeing what comes next. All in all, I found this show to be quite enjoyable and I’m proud to finally have a solid understanding of just what that plastic action figure I acquired over thirty years ago is really all about. 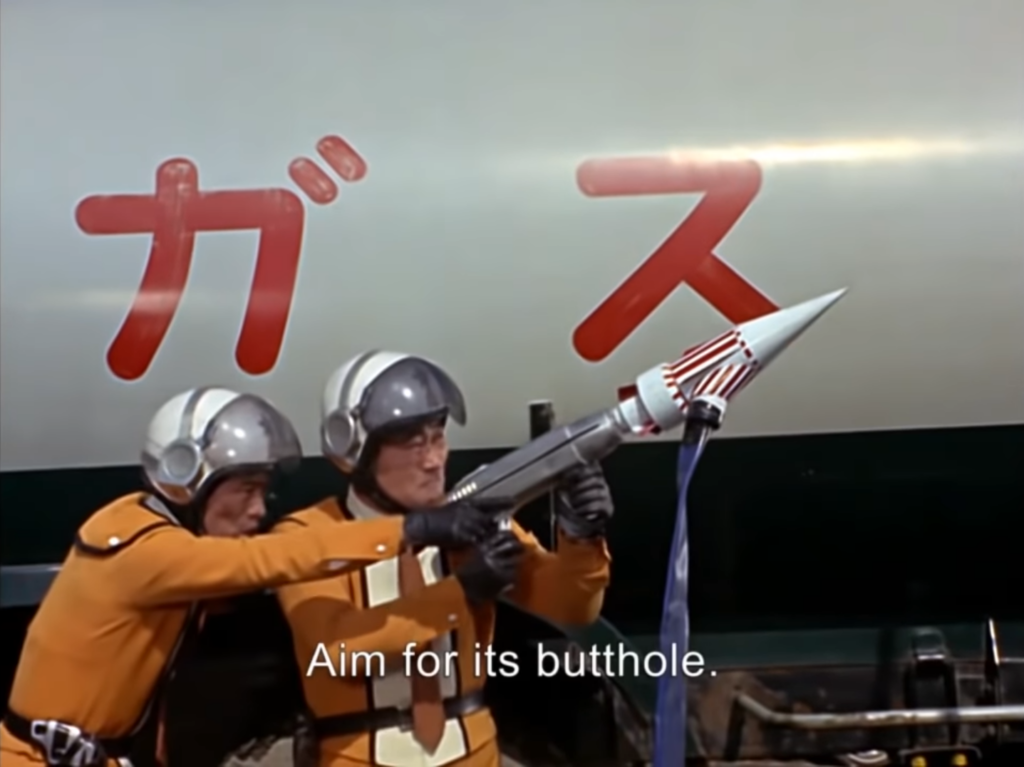