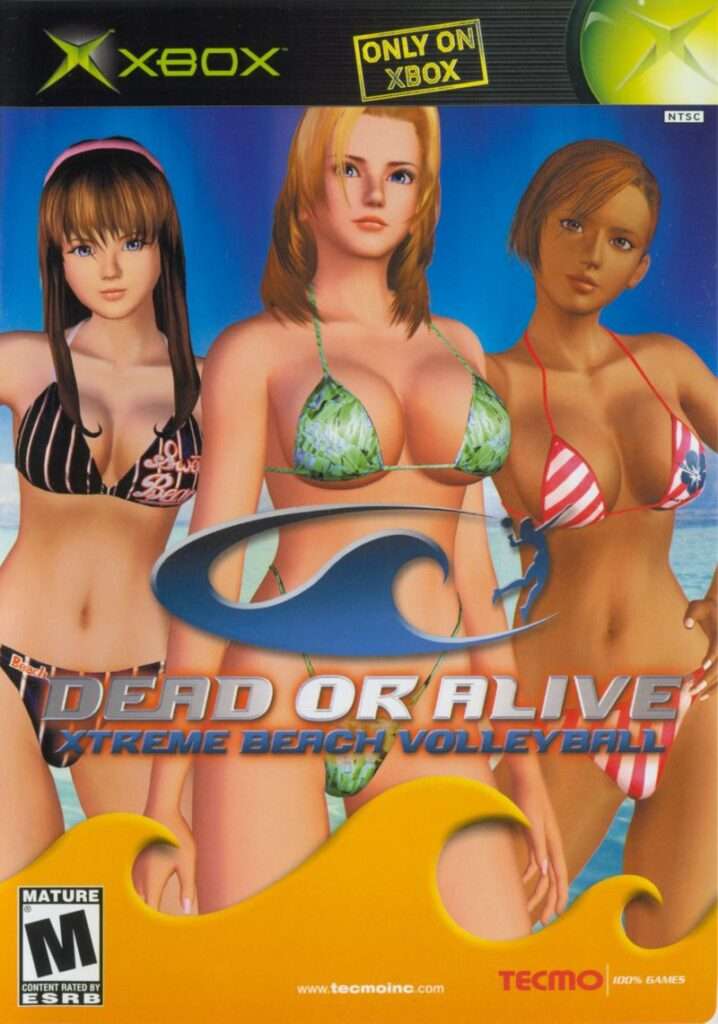 Valentine’s Day is almost here! That means it’s time for another “questionable” game review… Last year, I turned up the heat with a (somewhat belated) review of Waifu Uncovered. But, this year I’m right on time with my thoughts on the Xbox classic; Dead or Alive: Xtreme Beach Volleyball!

As you may have guessed by the title, this is not your typical Dead or Alive game. This time, instead of a brawler, we are presented with what is essentially a vacation simulator wrapped around a sports game. But, before I dive into the gameplay itself, allow me to take a moment to discuss the plot behind this complete oddball of a game.

DOA Xtreme Beach Volleyball takes place after the events of the third Dead or Alive tournament. After collecting his winnings from the tournament, Zack spends his money at the casino where he wins big. Now rich beyond his wildest dreams, Zack decides that his winnings are best spent by purchasing a tropical island and turning it into the ultimate vacation spot. The only problem is, nobody is visiting. I mean, after all, what tropical paradise is complete without a slew of beautiful women to lure in visitors? To rectify this problem, Zack sends a message to every lady that participated in the previous Dead or Alive tournaments, falsely claiming that a fourth tournament is taking place on his luxury island. His plan works! Before he knows it, several of our favorite beautiful lady badasses arrive (even if they are a little upset at the ruse). But by the time everything is said and done, the ladies decide to stick around and treat themselves to a little vacation. 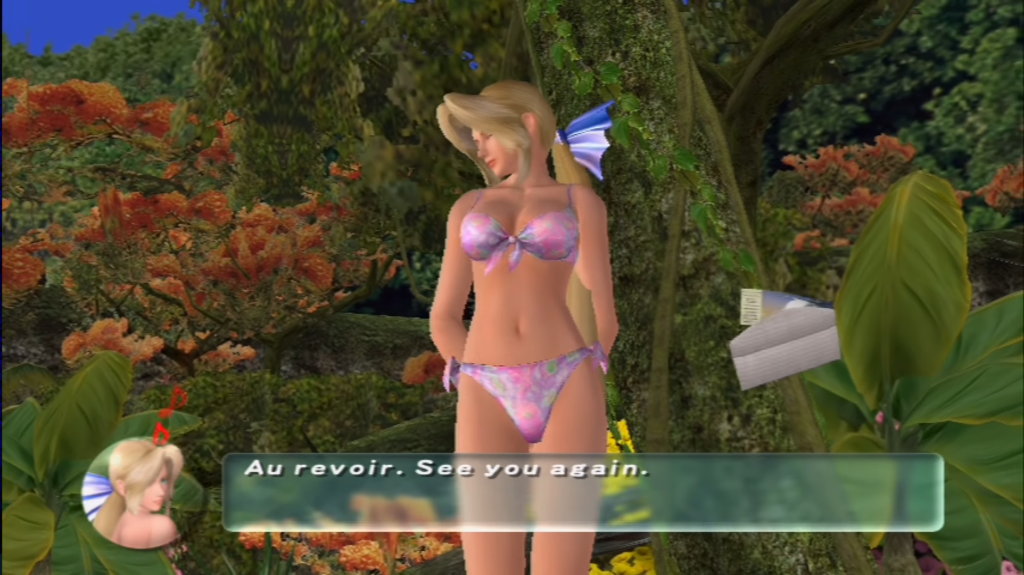 The main game starts with the player selecting a character from a roster of DOA starlets. The playable characters consist of: Kasumi, Helena, Hitomi, Leifang, Christie, Tina, Ayane, and Lisa (an entirely new character to the series). Once a player is selected, they are automatically partnered up with one of the other characters for the sake of playing volleyball.

The volleyball matches are technically the main focus of the game. And as far as sports games go, DOA Xtreme is actually surprisingly good. The controls are intuitive, the action is fast paced, and the AI is pretty well done. Tecmo actually did a fantastic job of keeping the control scheme as simple as possible here. The volleyball matches are controlled with only two buttons and a thumbstick. This game also takes full advantage of the Xbox’s analog buttons by making them pressure sensitive. A hard push puts more “oomph” behind the ball strike, while a light touch equates to a more gentle tap. I was actually quite surprised at just how much fun the volleyball matches are. The beach volleyball action is even more fun if you are actually able to get a friend to play along with you. The game’s “exhibition mode” features local multiplayer and it works pretty flawlessly. 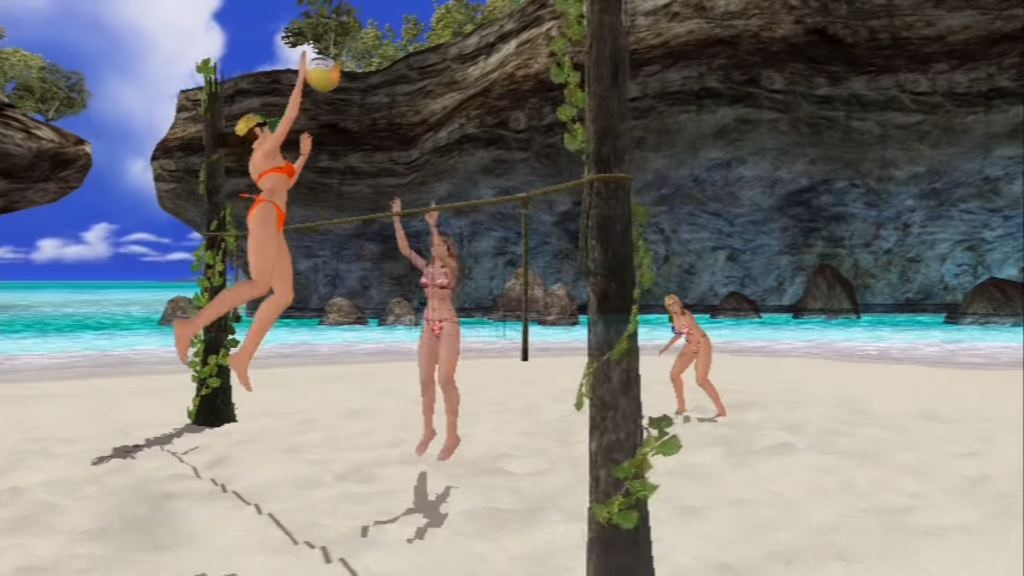 But there’s a lot more to this game than beach volleyball. In fact, volleyball is only one of the activities available to players on Zack Island. Perhaps your character wants to visit the hotel pool and participate in the Pool Hopping contest? Or maybe they want to tour the island, go shopping, or just want to lay around and sunbathe. If none of that your cup of tea, there’s always the island’s casino – complete with Blackjack, Roulette, Poker, and Slot Machines.

It is important to note that some parts of the island are only available during certain times of the day. For example, the casino is only open during the evening. While the pool, beaches, and volleyball matches are only available during the day. To me, it feels like this limitation is in place to force players to focus their attention on more than just one activity, helping to provide some structure to game.

Money earned by winning volleyball games, contests, or casino games can be spent at any of the island’s stores. Items available for purchase ranges from various swimwear to snacks and accessories. Which brings me to my next point, and probably the real “gameplay” of the title; relationship management.

One of the biggest parts of DOA Xtreme is managing your relationship with the other girls. At the beginning of the game, some of the other ladies are friendly to you, while others loathe the sight of you. You can improve your standing by spending time with other characters and gifting them items that they find appealing. The instruction manual included with the game gives a detailed bio on each lady, giving a rundown on both their likes and dislikes. Using these these character profiles as a foundation, players are able to best determine what gifts to give to certain characters. Building a good relationship with the various characters makes it easier to team up with them for volleyball matches.

Winning matches nets the player more money as well as other rewards, such as unlocking various cutscenes and videos. 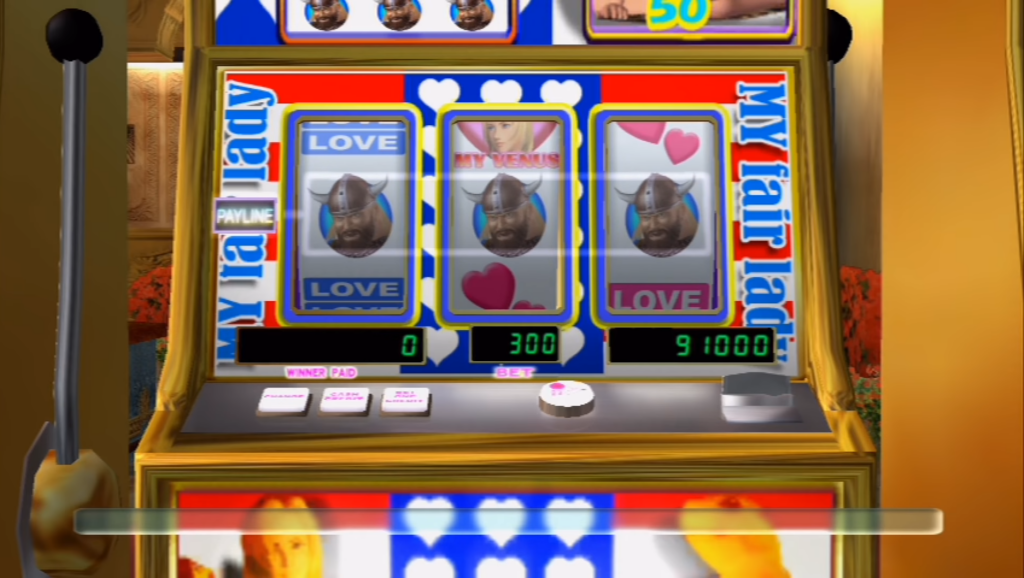 And that’s really what this game is actually all about: unlocking stuff. I hate to sound so basic about it. But that’s the real endgame here. Earn enough money to buy items, gift those items to build relationships, team up with various girls to win volleyball games so that you can earn more money, and so on.

To a large number of gamers, DOA Xtreme is going to feel like a complete waste of time. The volleyball gameplay will be too simple to hold their attention for long and the rest of the gameplay will seem boring and pointless. On the other hand, gamers who love things like collecting and dating sims will find more than enough content in this game to keep them busy for countless hours. I suppose there’s also a third type of gamer who will play this just so they can dress-up busty anime girls and watch them pose and slink around while wearing next to nothing. But hey, that’s their prerogative.

For me, I found this game to be an interesting change of pace. Going in, I had no idea this game was anything more than a beach volleyball title. All of the extra content was surprising, but in the end, it still ended up feeling just tad shallow. 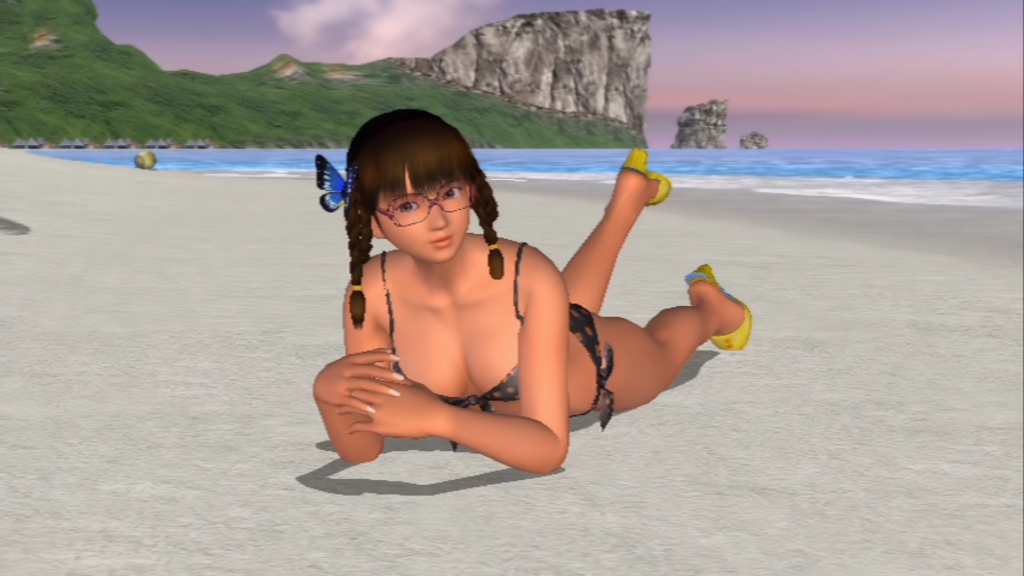 Difficulty: Variable/Easy –  When playing volleyball, you do get the option to choose a difficult level. But honestly, I couldn’t tell much a difference. Volleyball aside, there’s really no challenge to the rest of the game other than finding the time it takes to unlock items needed to develop every character. DOA Xtreme is a very casual experience.

Story: Just like a certain style of movie, the plot behind this game is nothing more than a means to an end. It’s weak and pointless. But, I give them credit for trying.

Originality: Say what you want about this game. But I’ve never seen anything like it. Taking characters from a fighting game and tossing them in a dating sim/sports game is a pretty bold and unique concept.

Soundtrack: This game features a soundtrack by a number of pop artists; Reel Big Fish, Spice Girls, Christina Aguilera, and the Baha Men – just to name a few. The music here really isn’t my cup of tea, but it does give off the whole “vacation vibe” and it fits. The game features decent voice acting (a mix of both English and Japanese). All things considered, it’s pretty well done.

Fun: You’re either going to love this game or you’ll hate it. There’s really no middle ground. Personally, it’s not something that I would play for hours on end. But, I do see the appeal. The OCD in me really wanted to collect every outfit and max out my reputation with every character. Some gamers are going to love that. Others will want to focus on the volleyball action, but that will likely get old fast. Finally, a certain portion of players are just here for the graphics…

Graphics: Once of the original advertisements for this game featured the tagline “Play with your friends, or play with yourself…” – That should pretty much sum it up. Seriously speaking, the artwork in this game is a pretty notable achievement. For its time, this was probably one of the best looking sports games around. The backgrounds are gorgeous, the lighting effects are fantastic and the art direction is well inspired. Needless to say, the character models are also extremely well-rendered.

Playcontrol: DOA Xtreme makes full use of the original Xbox controller features. On the original hardware the game plays flawlessly and works without any hitch whatsoever. Not many games took advantage of the Xbox’s pressure sensitive buttons like this game does. And this is probably also the main reason this title isn’t backwards compatible with the 360 or Xbox One.

Value: DOA Xtreme is not available digitally and has been long out of print. For this reason, prices for the game vary wildly. New unopened copies will often fetch several hundred dollars, while used copies can range from as little as $15 to as much as $80 just depending. Personally, I wouldn’t recommend paying more than $20 and even then, only if you’re a collector. The sequel to this game offers nearly identical gameplay and is much easier to get ahold of for a reasonable price.

Overall score (1-100): 70 – This is a very niche game. That being said, it’s not going to appeal to the majority of gamers. But those who do like this type of game will find lots to keep them busy. Personally, I have lots of praise for the originality of the title. But it does seem a little light on content.

Available today on: Not Currently Available  – (Updated as of Spring 2022)