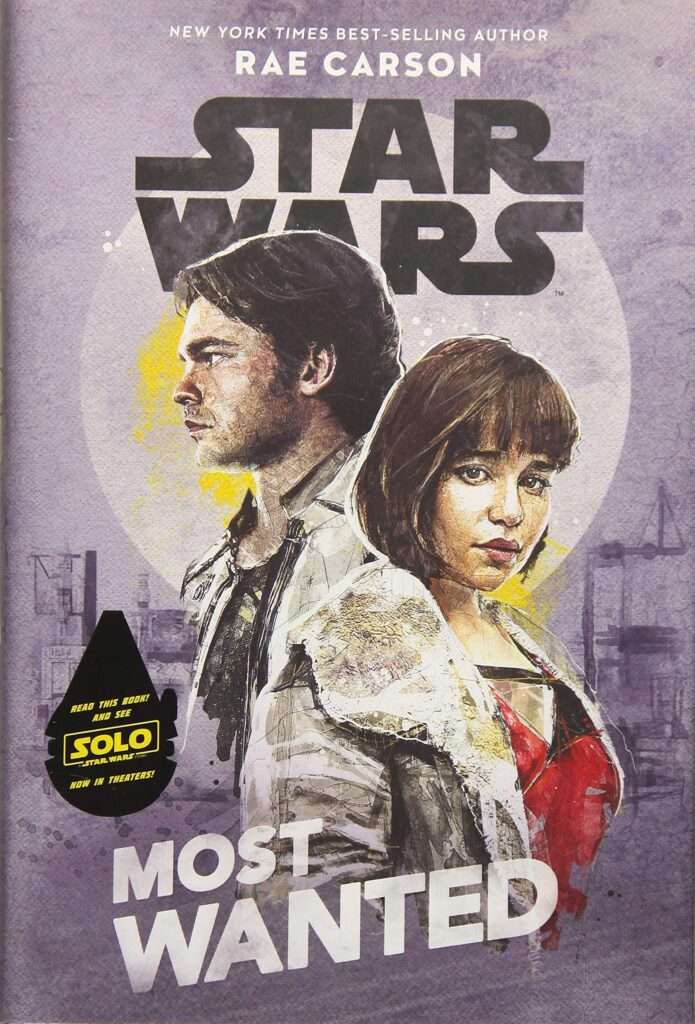 It’s been almost a year since I last posted a review for a Star Wars novel. If you want to know the truth, it’s because the last one I read was so terrible that it took me this long to build up the desire to read another. Now, when it comes to Star Wars novels (or even pulp fantasy in general), the majority of them are decent reads. But there’s certainly a good number of forgettable ones. The last Star Wars book I read was Last Shot – a tie-in novel to the Solo movie, was less than forgettable. It was a complete pile of hot garbage. Seriously, it was that bad. I’ll spare you the details here. But if you’re curious you can always read my full review here.

I knew that the next book on my list was also a Solo tie-in. Maybe that’s why I waited so long to give it a read. But finally, I caved. Thankfully, this book was much, much better. The book in question is Most Wanted by Rae Carson. And whereas Last Shot was simply a book that featured the characters from the movie Solo, this book is actually more of a prequel.

In this novel, we learn more about Han’s early life on Corellia. We also get some insight into his affiliation with the White Worms gang and the origins of his relationship with Qi’Ra. The plot is engaging and thought out. The characters actually seem like themselves and are very well written. In fact, the whole book is pretty well done overall. This is what fans want from a tie-in novel.

I recently watched Solo again. And now, having read this book – I can’t imagine a better companion piece. This novel is exactly what I wanted. It actually serves to enhance the movie and makes the characters more interesting. After finishing this novel, I was left wanting more instead of wanting to take a break. This is good.

Most Wanted is approachable by nearly anyone. Even casual fans should find the book interesting and engaging. If you’re a fan of Solo, and want to see the events leading up to the movie, this is the book for you.

Story: Very well written, and gripping. It provides excellent backstory and is a fantastic set up to Solo. This book does a lot to build up Qi’Ra as a character and even manages to fill in some obscure gaps in Han’s backstory. Excellent read.

Recommended: For all fans. Even though this is supposed to compliment Solo, this book is approachable by all fans. I recommend this one.