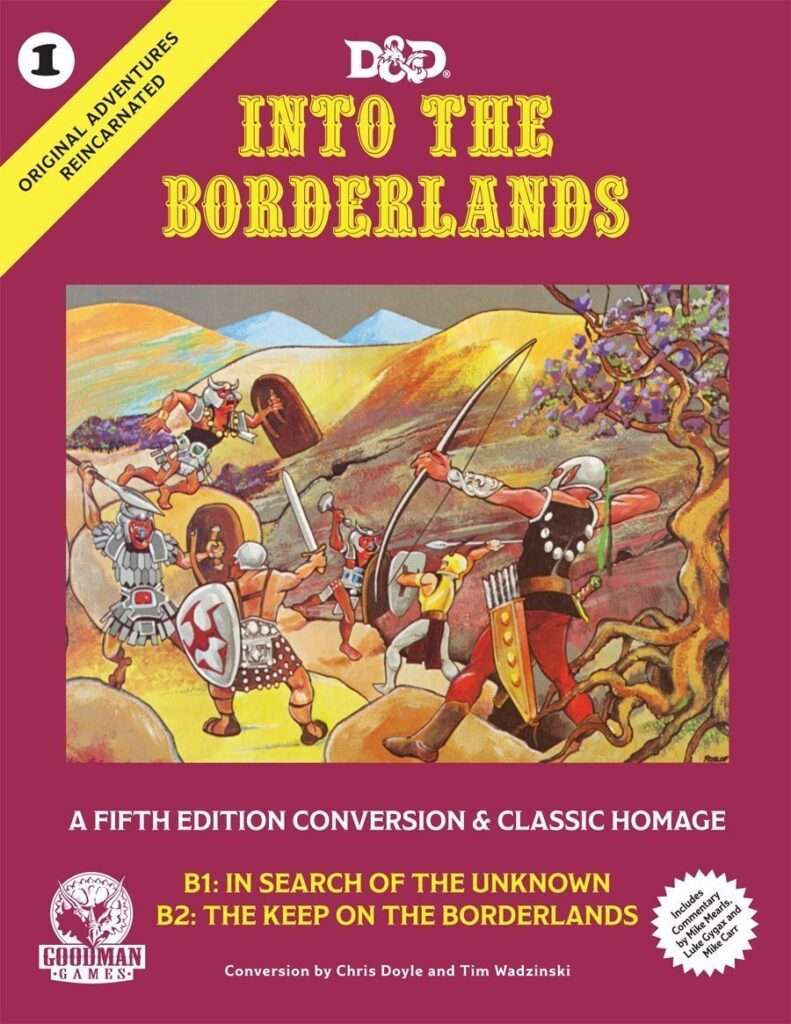 This is a post that I’ve been wanting to write for sometime. Now that I’m all caught up on my current D&D releases, this is a good time to take a look at some of the “deep cuts” that are floating around bookstore shelves. In the past, I’ve discussed two third-party D&D books; the Tome of Beasts and the Creature Codex – both by Kobold Press. But there’s so much more out there that’s worthy of discussion. Today, I’ll be looking at an interesting release, Into the Borderlands (Original Adventures Reincarnated).  This book has the honor of being a third-party release that’s fully endorsed by Wizards of the Coast. So what makes this book so special? Well, for starters it’s published by Goodman Games. For almost twenty years, Goodman Games has been publishing classic dungeon-crawler style adventures. Over that time, they’ve earned a reputation for delivering a quality product. Perhaps that’s why WotC agreed to let them convert classic D&D modules to the 5th edition ruleset. That’s right, this book contains a classic retro adventure that’s been fully converted for modern Dungeons & Dragons.

If you’re an old grognard like me, you’ve probably heard of Keep on the Borderlands. Originally published in 1979, it is a classic D&D module that for many players, was their first taste of the game. Over the years, it has gone down in history as being one of the greatest D&D adventures of all time. For this publication, Keep on the Borderlands is combined with its sister module, In Search of the Unknown. So, it goes without saying that this book is packed with hours of gameplay.

But there’s more going on between these pages than just a repack of some classic adventures. To start with, this book contains several short essays about the adventures themselves. These written introductions are followed by faithful reprintings of the original D&D adventures (including the original artwork). Next, we have the full 5E conversions of the adventures, followed by a gallery of new monsters, magic, and items.

While there are few typographical errors found in my printing of this book, I will still blown away by the quality of the binding and the attention to detail. Personally, I would have been happy with a simple conversion of these legendary adventures. But having them paired with the original versions really makes things that much more interesting.

For me, this book is a treasure trove of nostalgia. This is the D&D that I yearn for; classic dungeon crawling, black and white artwork, etc. It is the embodiment of the retro experience I crave. However, it is also very different from the types of adventures that usually published today. These older modules lean pretty heavily on randomly generated tables, and hack-n-slash combat. Many of today’s players may not be used to this style of gameplay. Regardless, for DMs and players curious about their hobby’s origins, this book should prove to be very educational.

My biggest complaint with this release isn’t the content, but it’s the price. The MSRP for this release is $50. I’m sorry, but that’s a lot of money for a book that’s stuffed with forty-year old content. Yes, I understand that this is an archival release. But still, if you’re going to charge that sort of price, the package should be a bit more polished.  That means no typos and a more cohesive look and feel. That’s just my opinion. But even with a steep pricetag, older gamers like me will find lots to love with this book.

Into the Borderlands is available on Amazon and most retail bookstores where D&D material is sold. 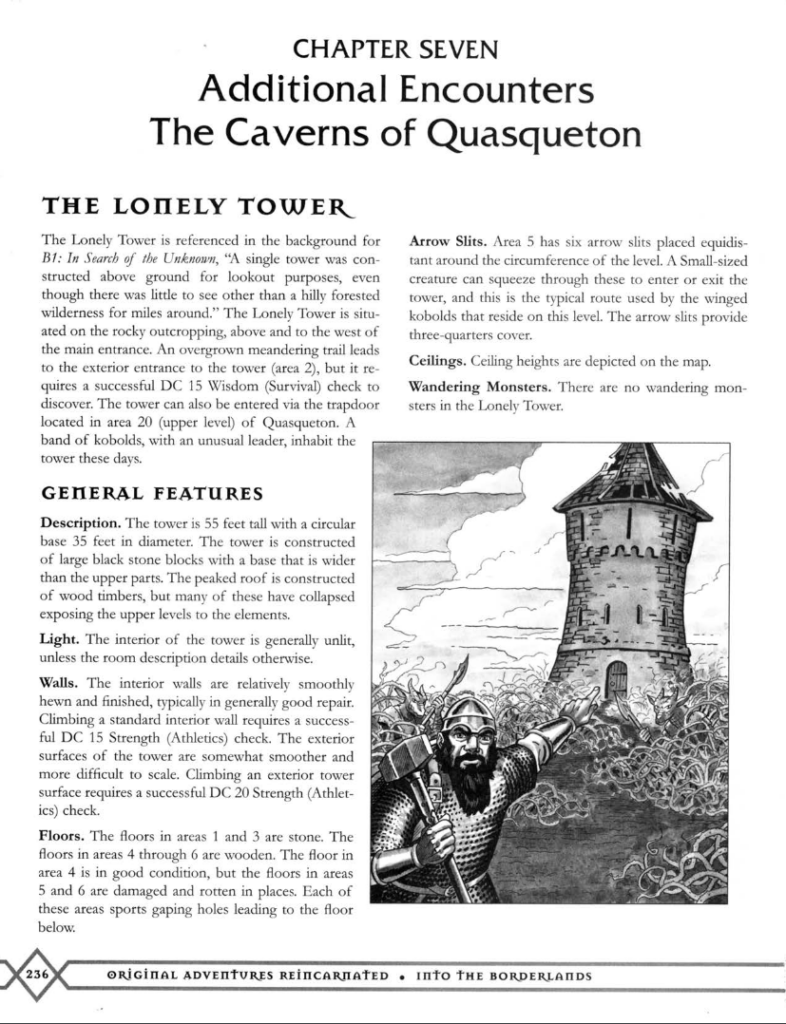