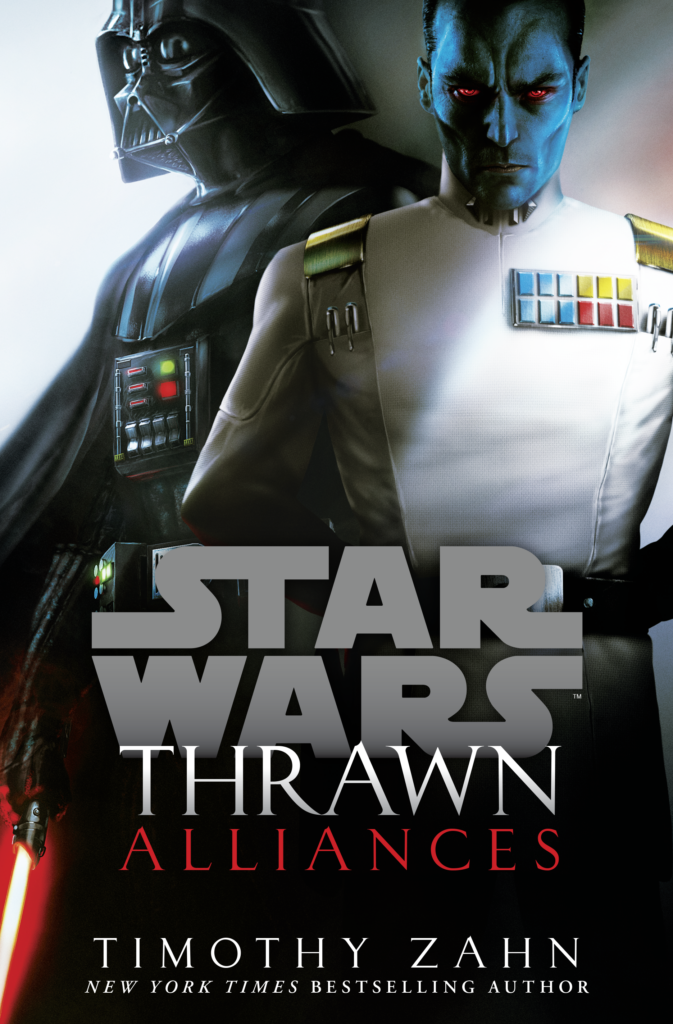 Fresh off the heels of my review for Star Wars: Most Wanted, I’m back again to share my thoughts on another Star Wars novel. This time I’m taking a look at the sequel to Timothy Zahn’s excellent reintroduction of Grand Admiral Thrawn, a book called Thrawn: Alliances.

Just to recap a bit, in the last book, Thrawn, we were provided with the new origin story to the character of Thrawn. For the most part, the tale of Thrawn in the new canon stuck pretty close to what fans were originally given in the old Legends books. While there were a few tweaks and little streamlining, not a whole lot about the character’s backstory was changed (which is a good thing). So, with the last book serving as a reintroduction, this book gives fans a look at Thrawn in all his glory.

The pages of this novel actually tell two different stories. The first is set during the Clone Wars era. This plotline teams up then-Commander Thrawn with Anakin Skywalker. The second story takes place during the days of the Empire, where the now Grand Admiral-Thrawn is given an assignment alongside Darth Vader.  The two stories are told side-by-side, with chapters skipping back and forth between the two timelines. This style of writing is risky with me, as very few authors are actually able to pull it off well. Thankfully,  Zahn is one of those writers that can. In fact, the way the story is formatted is actually very beneficial in this case. I don’t want to say too much at the risk of spoiling anything. But, the relationship-dynamic between Thrawn and Anakin/Vader really shines thanks to the way the story is presented.

This is the type of book that really makes the literary world of Star Wars shine. It’s a sad thing to admit, but the new canon has more than a few turkeys in its roster. This book is not one of them. Old school Thrawn fans will find plenty to love in this book. Everything they’ve come to expect is here; Zahn’s unique writing style, Thrawn’s cool and calculating mind, and plenty of lore related to the Unknown Regions. But this book isn’t one that’s reserved exclusively for fans of the character. There’s more than enough generic Star Wars for even casual fans.

This is one Star Wars novels that’s easy to recommend.

Story: Fast-paced, well written, and filled with interesting characters. Timothy Zahn at his best. This is what Star Wars literature should strive for.