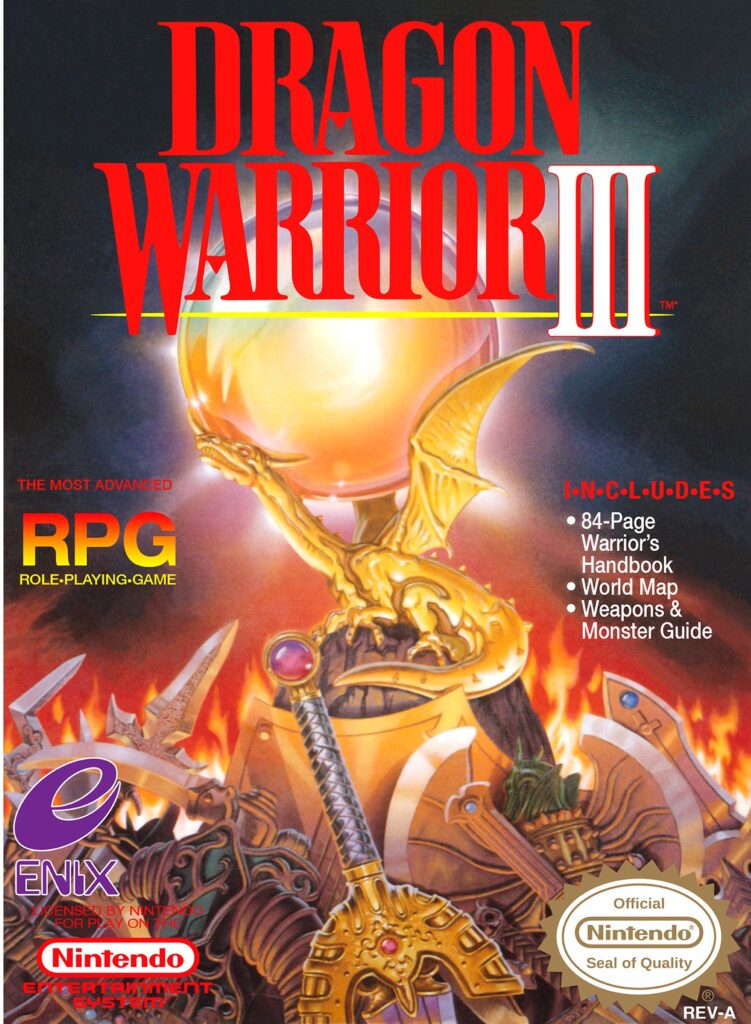 Finally! After what seems like an eternity, I am here to deliver my review of Dragon Quest III: The Seeds of Salvation. First off, I want to take a moment to apologize for the length of time it took me to post this review. This game ended up being quite a bit longer than I anticipated. I was expecting it to be on par with Dragon Quest II (a game that took me around twenty hours to finish). But this one ended up being considerably longer. In fact, it took me a little over thirty-five hours to play this game to completion. That’s not really very long for a game. But considering my current schedule, it seemed to take forever.

Originally released in the US under the title Dragon Warrior III. This game, like its predecessors was first available on the NES. This original release suffered from a number of translation issues and some mild censorship. A remake was later released for the Game Boy Color. This updated version included an improved translation, as well as a number of quality of life improvements and additions to the game. More recently, an enhanced version has been made available on the Nintendo Switch. This update includes better graphics, new content, an even better translation, and further refinements to the game itself. Fans tend to argue over which release should be considered the “definitive version”. Since both the GBC and the Switch version both have their pros and cons. I won’t be getting into that debate. But, I will say that for the sake of this review, I chose to play the Switch release. That being said, many of the details discussed below will be specific to the Switch version of the game.

Dragon Quest III serves as a prequel to the first two games. It tells the story of the legendary hero (also known as Erdrick) and his quest to defeat the evil Baramos. The game begins on a world very similar to Earth. As the hero travels from nation to nation, in search of clues and artifacts to aid him on his mission, he eventually discovers that Baramos is merely a puppet to a greater evil. The hero tracks the true villain to the world of Alefgard (the setting of the first two Dragon Quest games). It is there that the final showdown takes place, setting that stage for Dragon Quest and Dragon Quest II. 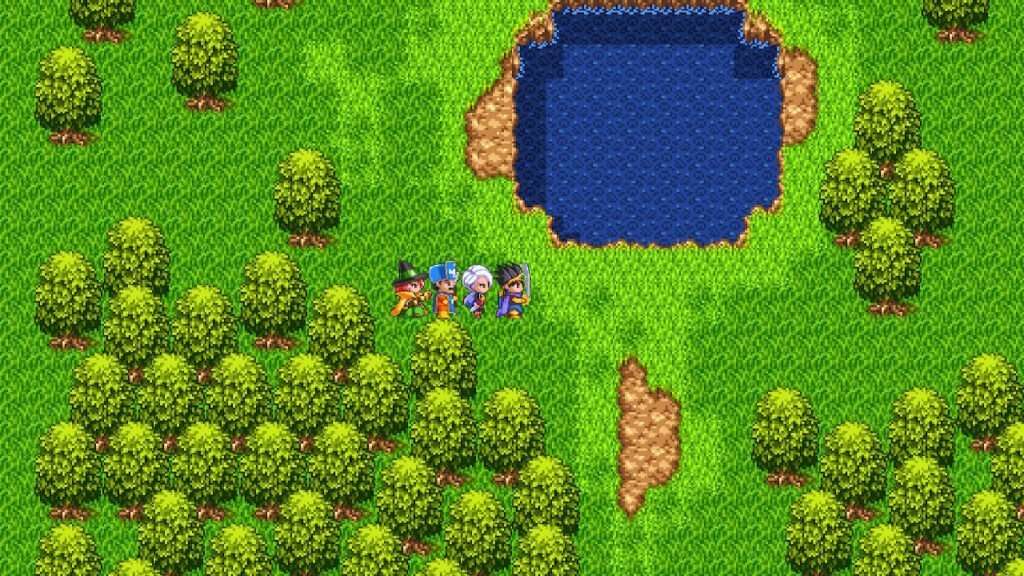 In many ways, the gameplay of Dragon Quest III is very similar to that of the original games. However, there are a number of new elements worth mentioning. As was the case with Dragon Quest II, this game starts with the player controlling only one character, the hero. (This time, players are able to chose a gender for the main hero.) But before long, other characters soon join the players’ party. This time around, instead of recruiting pre-made NPCs as party members, player are able to “roll” characters from scratch. Players are able to assign stat points and select from a number of character classes.

That’s right! This entry in the Dragon Quest series offers a slew of character options for players to experiment with. To start with, each character in Dragon Quest III is given a specific personality type. A character’s personality determines various stat bonuses and restrictions. It is important to note, this whole “personality” concept was not present in the original release of the game. But has since become a staple of the series. At the beginning of the game, players are presented with a quiz. The answers provided will determine the personality of the main hero. (A concept that seems heavily inspired by the Ultima series). When creating new characters for the party, personalities are determined at random. This random distribution may seem a bit heavy-handed. But, players will have many opportunities throughout the game to change the personality of the characters. There’s a total of forty-five different personalities available throughout the game.

Aside from the personality system, there’s also a number of classes that players can select for their characters. Let’s take a look at the various options:

Hero – This is the class reserved for the main character. The hero is essentially a magical knight. They can equip most weapons and armor and also have access to a number of magical spells.

Mage – Your typical magic-user class. While unable to equip a majority of weapons and armor, this class focuses on the ability to wield destructive magic.

Priest – The healer. This class focuses on healing and support magic.

Warrior – A powerful melee class. Warriors can equip most weapons and armor, but is unable to use any magic.

Martial Artist – A fighter known for bare-handed, but lethal attacks. This class does best with select armor and weapons.

Merchants – While not particularly useful in battle, merchants are able to appraise items, are rewarded more gold, and have access to a number of unique abilities.

Gadabout – A true wildcard. This class is a bit of a conundrum for most players. Gadabouts are generally very weak and often times refuse to follow orders. However, if players are able to reach level 20 with this character, they will be able to promote them to the exclusive Sage class without the need of a quest item.

Sage – This is an advanced class. Sages are able to use both Mage and Priest spells. To become a Sage, character must normally undertake a quest. However, as mentioned above, Gadabouts are able to switch to Sages without this requirement.

Thief – This class was not available in the original release of the game. Thieves are decent warriors. But their real value comes from their ability to steal items and attack multiple monsters. They also have a number of abilities that help make dungeon exploration much easier.

(Note: the names of the classes above are specific to the Switch version of the game. Some older editions use slightly different names to describe the same class. For example, Priests are referred to as Pilgrims in the original release.)

This wide range of options is a lot of fun. I had a blast experimenting with different party configurations. Of course, in the end, I went with a pretty standard build (Hero, Priest, Mage, Thief). But having so many options really made for a lot of fun. 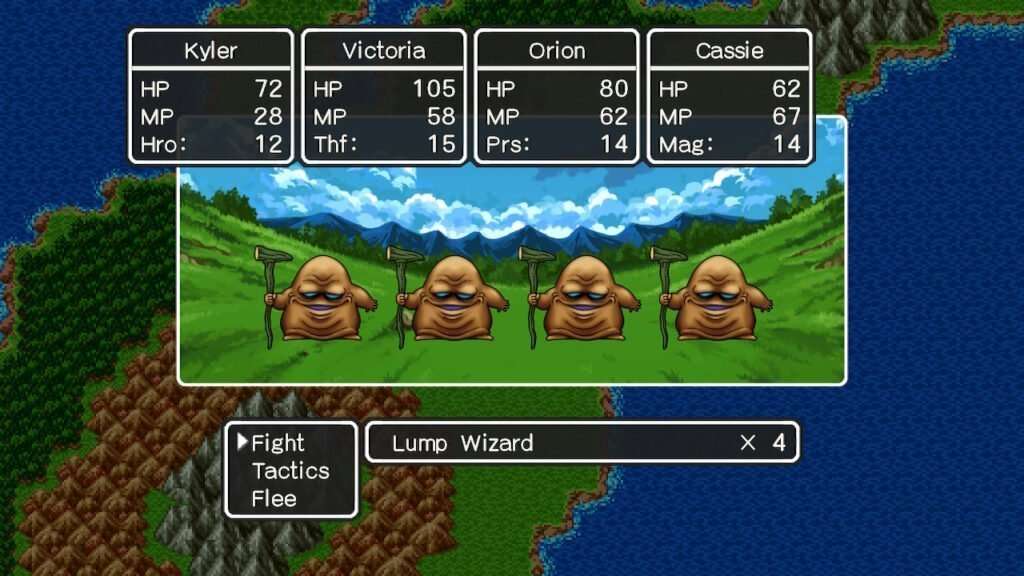 Other new concepts to this game include the passing of time. Dragon Quest III features a day and night system. During the day, towns are typically much more active and monster encounters are a bit easier. At nighttime, monster encounters tend to be tougher and the majority of townspeople are asleep. As a result, it’s always best to explore towns at both day and night. Some areas of the town may be inaccessible during the day or some NPCS may only appear during nighttime hours, etc.

For many modern RPG fans, many of the game mechanics mentioned above are nothing new. But for a console game that was originally released in 1988, this was some groundbreaking stuff. In many ways, Dragon Quest III is the perfect combination of both JRPG and CRPG concepts. It borrows ideas from Western RPGs like Wizardry and Ultima, and mixes them with the rich storytelling and anime style art that Japanese games have become known for.

Players who have enjoyed the first two titles in the Dragon Quest series will not be disappointed. Dragon Quest III takes everything good about those games and improves on it. All the while eliminating many of the things that fans complained about. At least that seems to be the case with the re-release. Admittedly, I’ve never played the original version, so I can’t speak for it. But, without a doubt, this entry is the strongest so far in the original Dragon Quest trilogy. If you’re curious about the series’ origins and only plan on playing one title, this should be your pick. 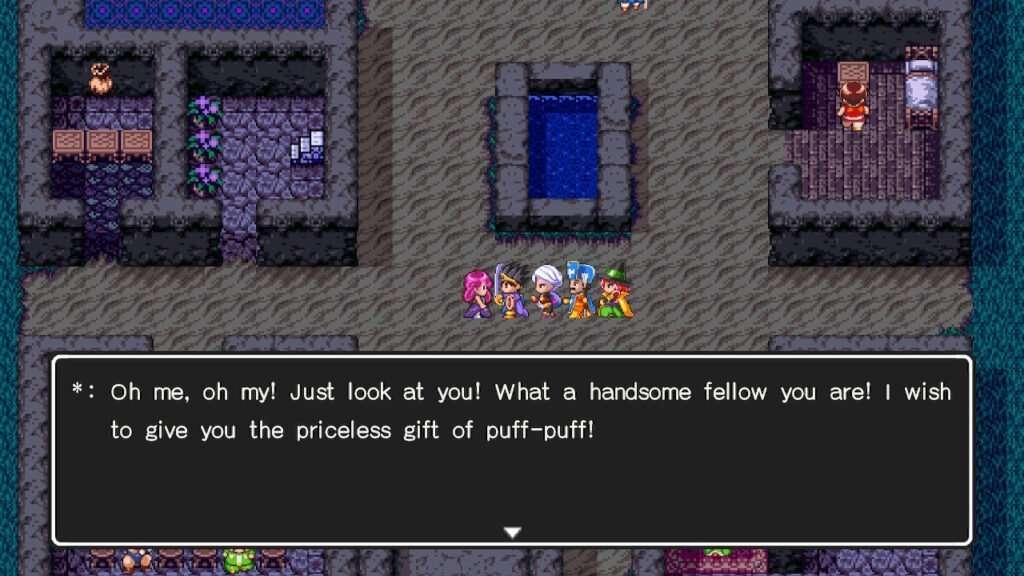 Difficulty: Medium –  Of all the Dragon Quest games so far, I’ve found this one to be the most balanced in terms of difficulty. At least that is the case with the Switch remaster. Of the three games I’ve reviewed, this one required the least amount of mindless grinding. Granted, some of the optional content found at the end of the game is still pretty challenging and players will need to work if they wish to conquer it.

Story: What starts out as a pretty typical RPG backstory, soon evolves into something epic. Even though the plot is filled with plenty of common tropes, there’s a number of clever and funny side stories weaved in throughout the game. Plus, this game gives us the added bonus of setting the stage for the first two Dragon Quest chapters.

Originality: When compared to the first two Dragon Quest games, this entry introduces a number of new concepts to the series. Of course, there’s not really anything in this game that hasn’t been seen before in other titles. Still, it’s refreshing to have all of these classic CRPG ideas bundled together and wrapped in a JRPG package.

Soundtrack: More epic music! As is the case with the other games in this series, the soundtrack for Dragon Quest III is masterfully written and a joy to listen to. The music gives this title a regal and fantastic feel that’s rarely achieved.

Fun: Players who enjoy retro RPGs or JRPGs are likely to find this game enjoyable. There’s plenty of build options for players to tinker with. Plus, it seems that the developers have finally found that sweet spot between having fun and grinding. Being a fan of old school CRPGs, I enjoyed everything about this title.

Graphics: These games are famous for their art direction. The concept art was designed by Akira Toriyama, the artist responsible for Dragon Ball. This is seen in all of the promotional materials for the original Japanese release and it carries over into the game itself. The original 8-bit release looks pretty rough at times, even for an NES game. It’s not bad, but it certainly could have been better. The Switch release, is hands-down the best looking version of the game. Most of the monster art actually looks hand drawn in this version and the rest of the graphics are vibrant and colorful as well. Maybe it’s my imagination, but this time around it seems like the character sprites are sized a little better than they were in the DQ and DQII remakes.

Value: The remake is available on the Nintendo Switch shop for around $13. This is a bit pricier than the other DQ games. But still worth every penny. If you’re looking for an original NES copy, you’ll be paying collector’s prices.

Overall score (1-100): 95 – Without a doubt this is the best game in the original Dragon Quest trilogy. Everything from the storyline to the gameplay mechanics are top notch. Playing through this game from start to finish sparked a wave of nostalgia that I’ve not felt in a long time. Somehow, Dragon Quest III manages to encapsulate everything about both western and Japanese RPGs that I love. This one comes highly recommended.