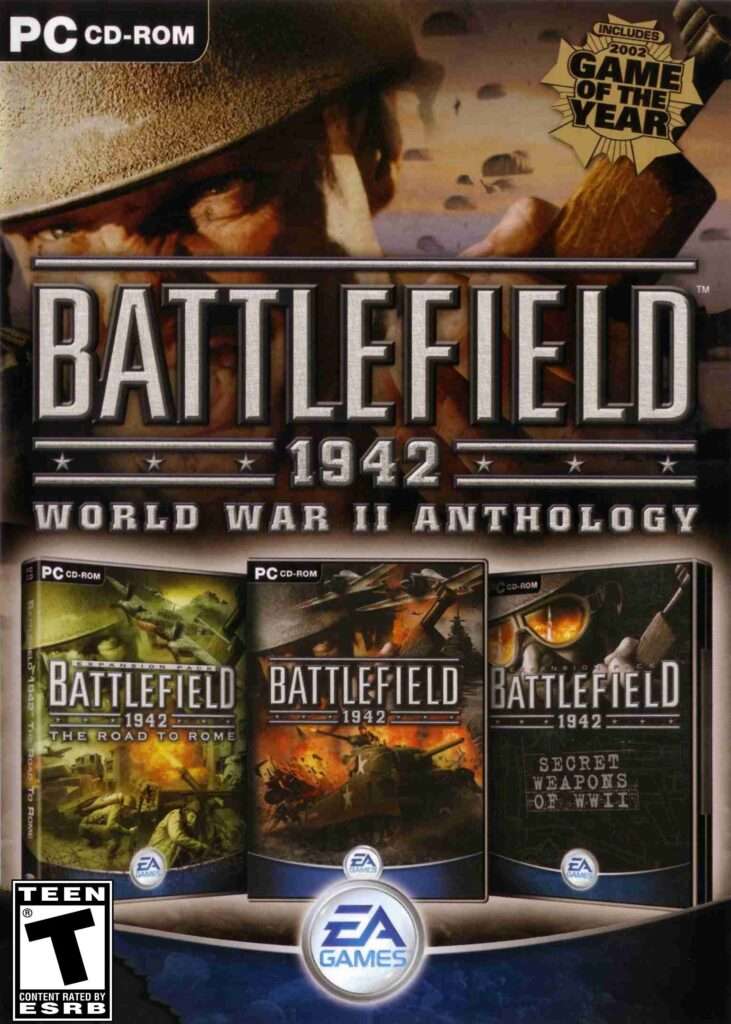 This is a review that I’ve been wanting to write for a long time. I started this website nine years ago and over the course of that time I’ve discussed a lot of games. It’s no secret that RPGs are one of my biggest gaming passions. This may surprise many of you, but I love first person shooters just as much. Several years ago, I went on a kick where I reviewed a number of classic 90’s-era FPS games. But, as I tend to do, I got sidetracked by special projects. In fact, it wasn’t until my review of Halo, last year, that I finally managed to sit down and play a real FPS again. Well, doing so only managed to rekindle my passion for the genre. So, when deciding what to play for this review, I looked to one of the most heralded FPS games of all time; Battlefield 1942.

Battlefield 1942 is considered by many to be one of the greatest multiplayer FPS games ever made. It took an already established genre and enhanced it in ways that seemed almost impossible at the time (more on this later). However, despite its reputation, I’ve never actually taken the time to play it until now. I know, saying that sounds like gamer blasphemy. But, it’s just one of those situations where I never managed to get my hands on a copy while the game was still in its prime. Then, by the time I went looking for it, it was nearly impossible to get ahold of. Truthfully, that’s still the case today. At the time of this writing, Battlefield 1942 is not available digitally and physical copies of the game are few and far between. Thankfully, after a few weeks of scouring the web, I did manage to snag a copy of the Battlefield 1942: World War II Anthology. This collection includes the original game and both of the official expansions.

As you may have guessed, Battlefield 1942 is a World War II-themed FPS. It does contain a single-player campaign, but make no mistake, this game was designed with multiplayer in mind. When starting the game, players are prompted to choose a side; Axis or Allies. From there, they next select a role; Assault, Scout, Medic, Anti-Tank, or Engineer (a later expansion also added the role of Jetpack). The role determines what duties the player is expected to perform throughout the course of the match. For example, Scouts are long-range specialists while players with the Assault role are best at regular combat. While Medic and Engineer are supportive roles. 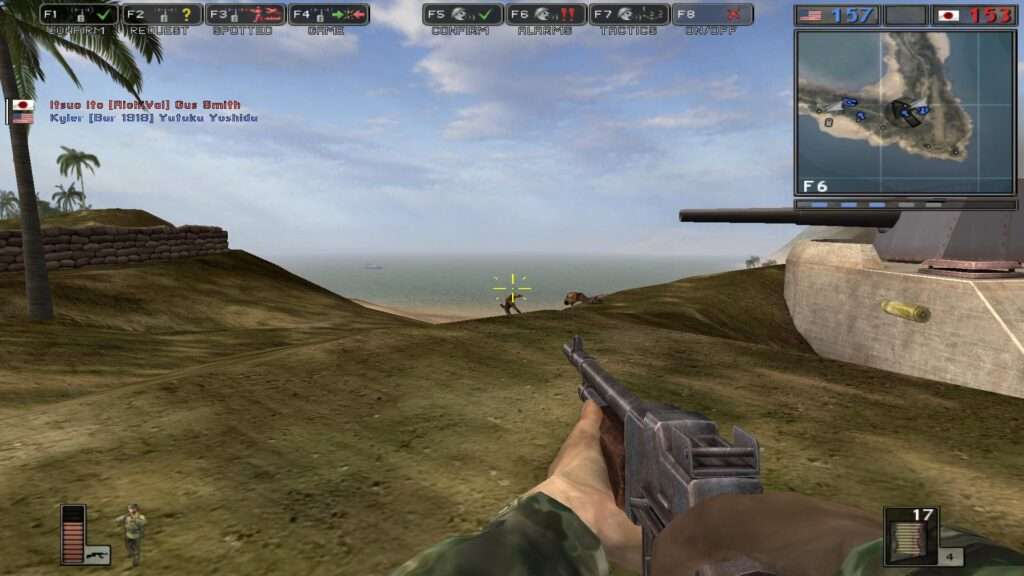 There are two official expansions to the game, The Road to Rome and Secret Weapons of WWII. Each expansion adds new maps, weapons, and gameplay elements (such as the Jetpack role mentioned above). Due to the popularity of these add-ons, their inclusion is practically mandatory when participating in online play. It’s also worthy to note that there are a slew of various fan-made maps and mods available for players to explore as well.

Before getting into any more of the gameplay, I want to take a moment to discuss some technical details. First off, if you’re looking to play this game today, it is going to take a bit of work. To start with, you have to find a copy. Once upon a time, Battlefield 1942 was actually distributed for free on the Origin software service. But with the 2014 closure of Gamespy, it was removed from the store. For all intents and purposes, that should have been the final nail in the coffin for this game. Yes, there’s a single player campaign. But the single player content isn’t strong enough to warrant enough interest to keep the developers invested in such an old title. Thankfully, the community stepped in and created an alternative to Gamespy, thus keeping the multiplayer community alive. But as a side effect, only players with a physical (or pirated) copy are still able to play online.

If you do manage to find a copy, be prepared to install a number of fan-made patches and fixes. For your convenience, I have included a link to everything that you should need to get the game up and running on a modern PC. You can download these patches here: Battlefield Patches.

So, let’s assume you manage to get ahold of the game and get it all patched up. What’s next? Well, to start with, I do recommend spending a few hours playing through the single player campaign. This will get you up to speed. But make no mistake, no matter how much time you spend playing with bots, nothing can fully prepare you for multiplayer experience this game has to offer. 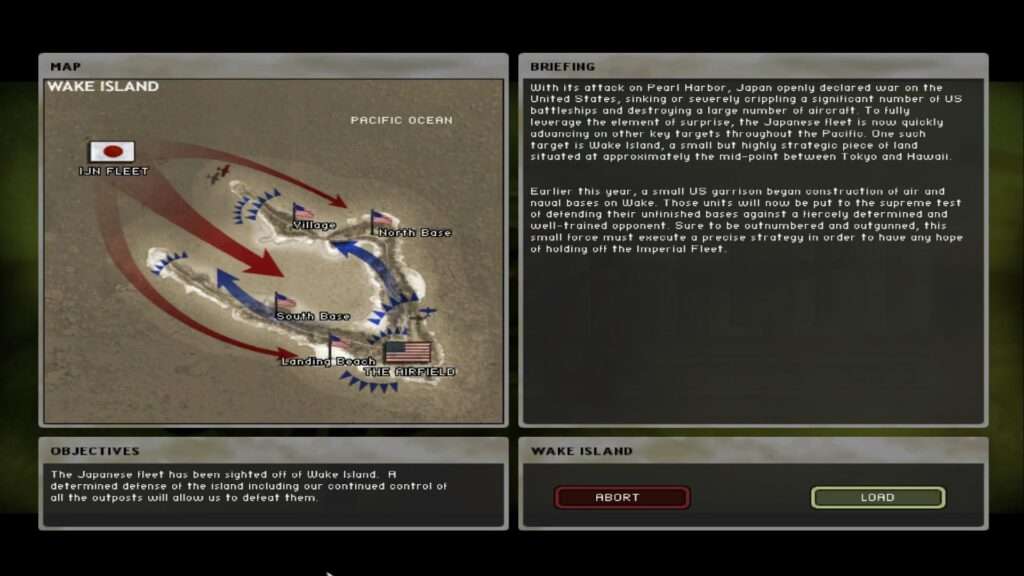 To start with, there’s a number of game modes available to players. Sure, there’s the classic Deathmatch and CTF experiences. But what sets this game apart from all the other multiplayer FPS titles are some of the more unique options. If you fire up the multiplayer browser within the game, you’ll likely notice that the majority of games available fall under the “Conquest” game type. For most players, this is THE WAY to play Battlefield 1942.

When playing Conquest, both teams begin with a set number of “tickets”. Every time a player is killed, they can spend a ticket to respawn. Whichever team is reduced to zero tickets, or whichever has the fewest tickets remaining at the end of the round, is the loser. It’s important to note that death is not the only way to eliminate your opponent’s tickets. By controlling various areas on the battlefield, it’s also possible to cause the other team to “bleed” tickets. In fact, taking these control points is a much more efficient way to win the round than by simply killing enemies and forcing them to respawn. This makes organization with other members of your team a must. 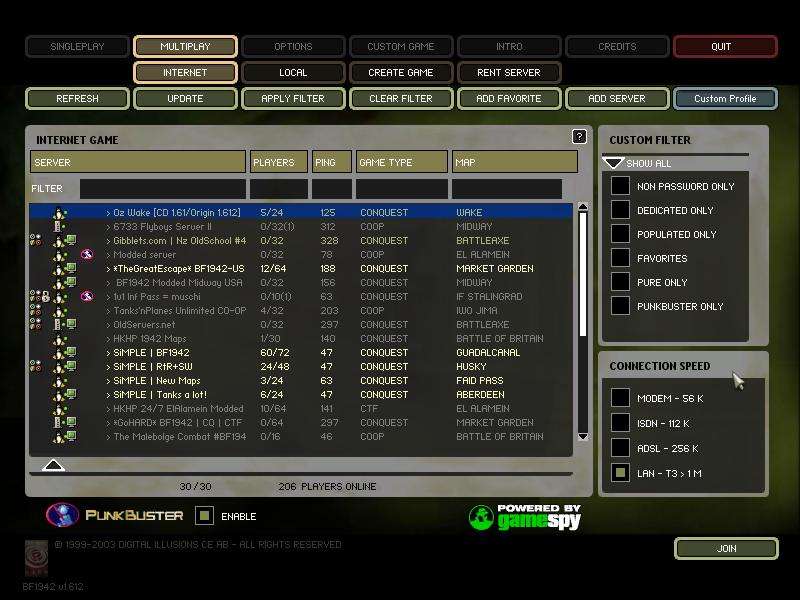 The concept of control points is not entirely new to online FPS games. But the degree to which it is implemented here really makes it stand out. By combining this with the role system, various objectives, and a plethora of interactive vehicles, you now have an experience quite unlike any other.

The thing that I really enjoyed about this game was the fact that there was much more to it than simply running around and fragging other players. There’s a real level of strategy to Battlefield 1942. Yes, at times the gameplay is similar to what can be found in other games like Counter-Strike. But there’s just something about Battlefield that manages to stand out on its own. Even now, almost twenty years after its release, and after being abandoned by the developers, this game still has a passionate and active community. That should tell you all you need to know right there.

These days, Battlefield games are available on a number of platforms. But this is the one that started it all. If you’re curious to see where the series got its start, or if you’re an old-school FPS gamer like me that just wants to try something different, you really can’t go wrong with this title. 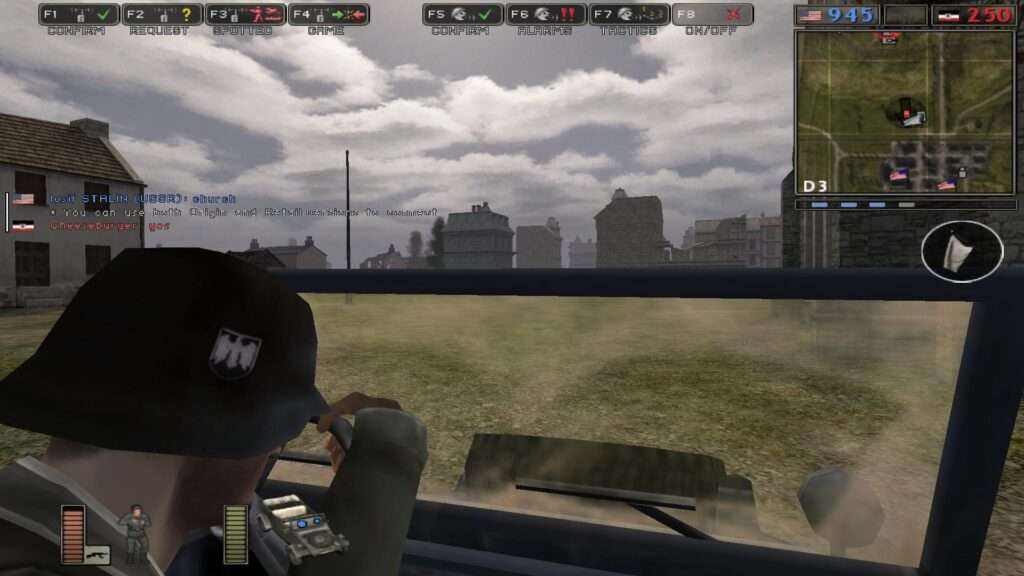 Difficulty: Variable –  When playing a single player campaign, you can customize the difficulty to however you see fit. There are a number of preset options ranging from Easy to Very Hard. Not only that, you can also control the rate of ticket bleed and even determine what percentage of your CPU power can be dedicated to the enemy AI. Of course, when playing online with other players, the difficult will vary greatly depending on the skill of your opponents.

Story: World War II is the backdrop for this game. The maps and battlefields are mostly based on real life locations and events. Each scenario offers a little flavor text that provides some background information on the locations and battles.

Originality: Online FPS games were already popular at the time this game was released. However, Battlefield 1942 managed to elevate the genre to an entirely new level.

Soundtrack: The music in this game is centered mostly on the opening movie and menus. The theme is catchy, but not particularly memorable.

Fun: If a tactics-based online shooter sounds appealing to you, you’ll love Battlefield. Even as dated as this game may be, there’s still plenty of entertainment for fans of the genre. I had a blast exploring all this game had to offer.

Graphics: At the time this game was released, the visuals were top of the line. Today, some of the models look a bit jagged, it’s true. But many of the maps and background art still manage to look pretty impressive today.

Playcontrol: This is your standard WSAD keyboard + mouse control scheme. Pretty standard and responsive. New players will likely want to familiarize themselves with the full list of keybinds, as this game offers a number of options that are unique. Regardless, the controls are still customizable, so you can set it up however you wish.

Value: For a while, this game was available online free of charge. Sadly, this is no longer the case. Prices for physical copies can range greatly. I found my Anthology copy for about $20, which is a steal. If you’re patient, you can probably find a similar deal. Personally, I wouldn’t pay more than $40, and that’s assuming you’re getting the game and both expansions.

Overall score (1-100): 90 – This game is legendary for a reason. It takes the elements of an FPS and mixes them with tactics usually found in strategy games. The maps are masterfully crafted and the game itself offers a number of unique gameplay concepts. Solid stuff.