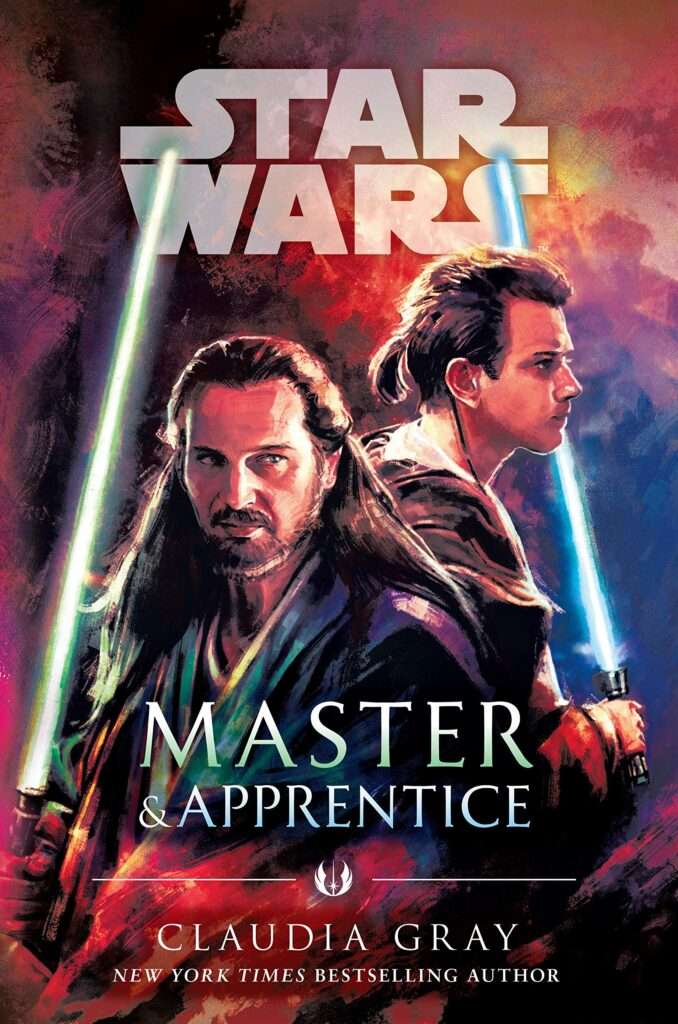 While I can certainly appreciate Star Wars novels that focus on some of the more mundane characters and locations in the galaxy, my favorite books always tend to be about the people and places made popular by the films. Especially when the book provides a lot of backstory. For this reason, I was very excited to finally get a chance to settle down and read Master & Apprentice – a book that explores the relationship between Jedi Master Qui-Gon Jinn and his apprentice Obi-Wan Kenobi.

Ever since I was a kid, Obi-Wan has been one of my favorite Star Wars characters. Of course, back then the only Obi-Wan I knew was the wizened old wizard from the original trilogy. So when the prequels rolled out, I was very intrigued to see a younger version of the character. Thankfully, I was not disappointed. In my opinion, Ewan McGregor proved to be the perfect actor to step into the role. Of course, his character matures quite a bit between the first and second film. So getting another chance to see a younger Obi-Wan is always of interest.

As you may have guessed, this book takes place several years before the events of The Phantom Menace. In it, Qui-Gon and Obi-Wan are given a mission to ensure the peaceful transfer of power on a remote mining world. Of course, there’s always a bit more going on than meets the eye. But I don’t want to get into too much plot detail here. For me, the most important aspect of this book is the way it details the relationship between Qui-Gon and Obi-Wan (which is surprisingly rocky). I will say this, at the beginning of the book, Qui-Gon is heavily considering taking a promotion within the Jedi Order that would require him to release his Padawan to another Master. But due to the events that occur as the story progresses, he ultimately decides against this course of action.

Lore buffs will find plenty to like about this book. It provides some additional backstory on Count Dooku and the prophecy of the Chosen One. But admittedly, all of that is secondary to the main story. It’s Qui-Gon and Obi-Wan that really take the spotlight. As usual, Claudia Gray does a wonderful job at keeping the plot interesting, while also providing some stellar character development. I can’t think of a Star Wars novel she’s written that hasn’t been top-notch.

While this isn’t the best Star Wars novel I’ve ever read, it’s certainly one of the better ones. Fans of the prequel trilogy are sure to find plenty to love with this book.

Story: Well paced. Plenty of juicy lore details and other fan-service goodies. Extremely well written. The main point here is illustrate the relationship between Obi-Wan and his master – something we get to see too little of in the first movie.

Recommended:  Obi-Wan and prequel-era fans will get the most out of this book.