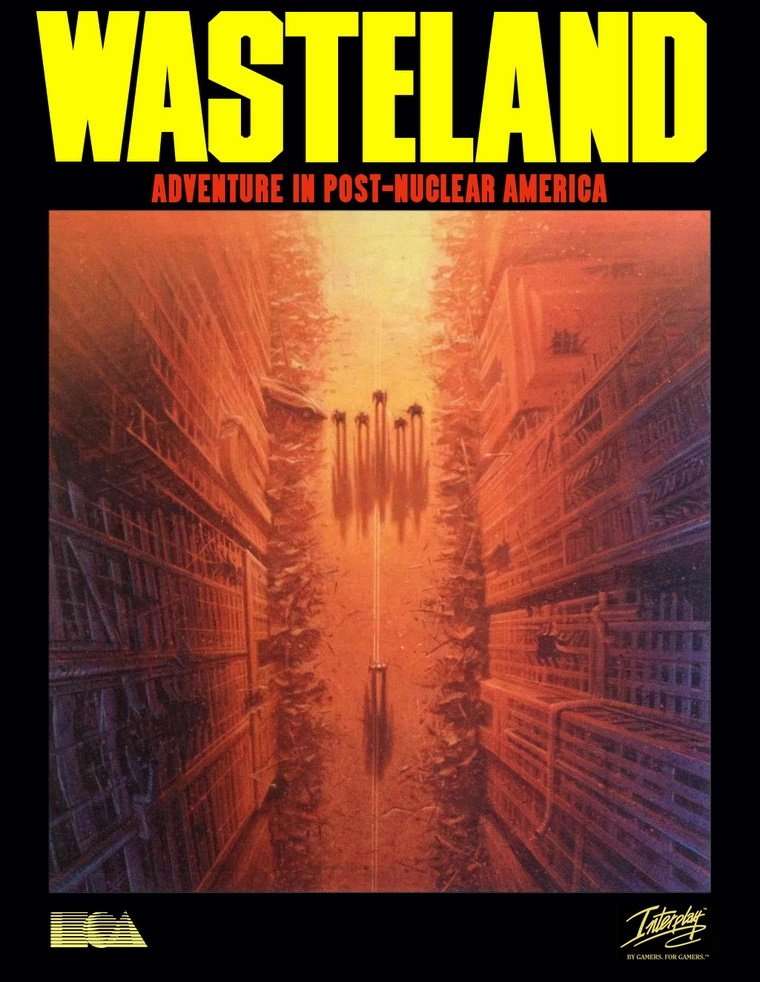 I started my RPG catch-up project a little over a year ago. In that time, I’ve covered a number of retro RPG titles. One of the highlights of this project so far were my reviews of the Bard’s Tale Trilogy. As someone who grew up playing the Wizardry franchise, Bard’s Tale was an absolute blast from the past. It only fueled my desire to play through more retro RPGs. However, these days, playing 80’s-era PC games can be quite a task. Thankfully, I didn’t have to spend hours configuring a DOS emulator in order to get Bard’s Tale to work. A little company by the name of inXile did all of the heavy lifting by creating a modern remaster of all three Bard’s Tale games. Their philosophy was simple; stay true to the original gameplay elements, while also enhancing the games for modern systems. Needless to say, it worked. In fact, since its initial PC release, the Bard’s Tale Trilogy remaster has even made its way to home consoles. Well, inXile didn’t stop there, they’ve given the same treatment to another classic RPG: Wasteland.

Originally released for the PC in 1988, Wasteland was a game that was both familiar and unique. The game itself was an odd mixture of an overhead CRPG/dungeon crawler. The action is presented in a colorful birds-eye view (similar to Ultima), while the combat is reminiscent of what is found in games like Wizardry and Bard’s Tale. The remastered version keeps the same conceptual designs as the original game, but with vastly improved graphics and audio. For this review I played the remaster.

The game is set in a post-apocalyptic United States. It takes place in the year 2087, generations after the world fell victim to nuclear war. You play as a member of the Desert Rangers (a paramilitary peacekeeping force based in the Mojave Desert). The game begins simply enough, you are tasked with investigating a series of disturbances in some of the nearby communities. However, as you explore the remaining vestiges of human civilization, you uncover a danger more serious than you could have ever expected…

Like many CRPGs of the era, you begin with a pre-rolled party of characters. However, it pays off greatly to take the time to create your own. If you’ve played retro RPGs before, you already know what to expect; lots of stats and random number generating. But if you’re patient, you can actually create a pretty solid group that makes the game considerably easier. In the beginning, you can create a team of four characters – assigning each one specific skills and proficiencies. But later in the game, you can even recruit NPCs to your party (up to a total of seven members).

The original Wasteland only featured a minimum amount of in-game text. To help save space on the original disks, the majority of the game’s longwinded storytelling was included on a printed booklet and players were instructed to read it at various points in the game. Of course, this is no longer the case with the remastered version. All of the game’s color text is now integrated into the game itself and much of it even includes voiceovers.

If the plot summary above sounds a bit like the Fallout series, it’s no coincidence. Fallout was heavily inspired by Wasteland. In fact, Fallout’s developers even intended for it to be a spiritual successor of sorts. But despite the similar setting, much of the gameplay in Fallout is radically different. So fair warning, players coming to Wasteland expecting Fallout-style gameplay are likely to be in for a shock.

For the most part, the early Fallout games are very mouse driven. Wasteland can be used with a mouse, but I have to admit, doing so is pretty cumbersome. Wasteland seems to play best with a keyboard. But even so, the controls are still very antiquated and this can be quite a learning curve for players who are not used to old CRPGs. This game is very much a product of its time.

That being said, if you’re able to overlook the archaic controls and gameplay elements, Wasteland is actually a very impressive title that still manages to hold up quite well. These days, games like this are a pretty rare sight. Right out of the gate, the game world is open to explore. But be warned, there’s no handholding in this game. This is one retro adventure that’s not for the faint of heart.

Difficulty: Hard –  This is an old school CRPG. And like many games in that genre, it’s pretty unforgiving at times. This is true not just when it comes to actual gameplay, but also in the mere functions of the game itself. Players are expected to read the manual to learn how to play. But again, even for players that have the actual gameplay figured out, that game itself is pretty brutal. Be prepared to save often. Patience is key with games like these.

Story: The backstory for this game is intriguing from the start and only gets better as you progress. Regardless of which version you play, the storytelling throughout the game is rich and filled with colorful characters. Very well done.

Originality: These days post-apocalyptic scenarios are a dime a dozen, but at the time this game was originally released, it was a pretty unique concept. The gameplay itself combines ideas from different RPGs and mixes them together with pretty interesting results.

Soundtrack: The original release of the game featured very limited sound support – mostly just beeps and clicks. But the remaster sports a full soundtrack. The music in the remaster is very ambient. It’s designed more to set the mood than to make the listener tap their toes. With this in mind, it does a fantastic job. Even so, a few of the tracks are quite catchy.

Fun: It’s important to understand that a game like this is going to have limited appeal with modern audiences. Many modern gamers may not have the patience for this type of game (even with the QOL updates provided by the remaster). However, for lovers of retro games and older players like myself, Wasteland provides are really enjoyable experience.

Graphics: The original version of the game looks crude by today’s standards. But at the time it was quite colorful and looked just as pretty as anything else on the market. Naturally, the remaster takes advantage of today’s graphics technology. But it still managed to capture the nostalgia of the original artwork.

Playcontrol: Either version of the game can be played with either the mouse, keyboard, or combination of both. However, the controls are not very intuitive. In fact, they can be quite cumbersome at times with no way to customize.

Value: Wasteland Remastered typically sells for about $15 and can often be found on sale. Even at full price, the amount of content and excellent story make it well worth the purchase.

Overall score (1-100): 85 – Wasteland is a solid retro CRPG. The remastered version provides modern quality of life upgrades while keeping all the core gameplay elements intact. Gamers who enjoy the genre are likely to find this game much more enjoyable than someone unfamiliar with retro RPGS. Personally, I found my time with this game to be very engaging and enjoyable. Still, I have to admit, there are better examples of the genre available.

Adult Swim & Crunchyroll have announced that Shenmue the Animation will premiere on Saturday, February 5: https://www.rpgsite.net/news/12249-shenmue-the-animation-begins-airing-on-february-5th

Here's what experts have to say about Microsoft's Activision purchase. Spoiler: It's really, really good news for Game Pass. https://www.windowscentral.com/heres-why-microsoft-made-nearly-70-billion-bet-gaming-giant-activision-blizzard?utm_source=wc_tw&utm_medium=tw_card&utm_content=90204&utm_campaign=social

Here’s how the video game industry is reacting to the Microsoft acquisition of Activision Blizzard: https://bit.ly/3KgT117

Here’s the full list of all 33 playable races that will be included in D&D’s new Monsters of the Multiverse book https://www.polygon.com/22889546/dnd-monsters-of-the-multiverse-pc-races-full-list?utm_campaign=polygon&utm_content=chorus&utm_medium=social&utm_source=twitter

Breaking News: Microsoft agreed to buy the video game maker Activision Blizzard for $68.7 billion, its largest takeover ever and a big bet on the metaverse.
https://nyti.ms/3GFQI5s

PlayStation 3 games have mysteriously been appearing on the PS Store - https://mspoweruser.com/playstation-3-games-appearing-on-the-ps-store/

It's January 18 in Japan. The original Etrian Odyssey for DS launched 15 years ago today.

ATLUS teased the development of a new Etrian Odyssey over three years ago: https://www.gematsu.com/2018/07/atlus-teases-the-next-stage-of-etrian-odyssey