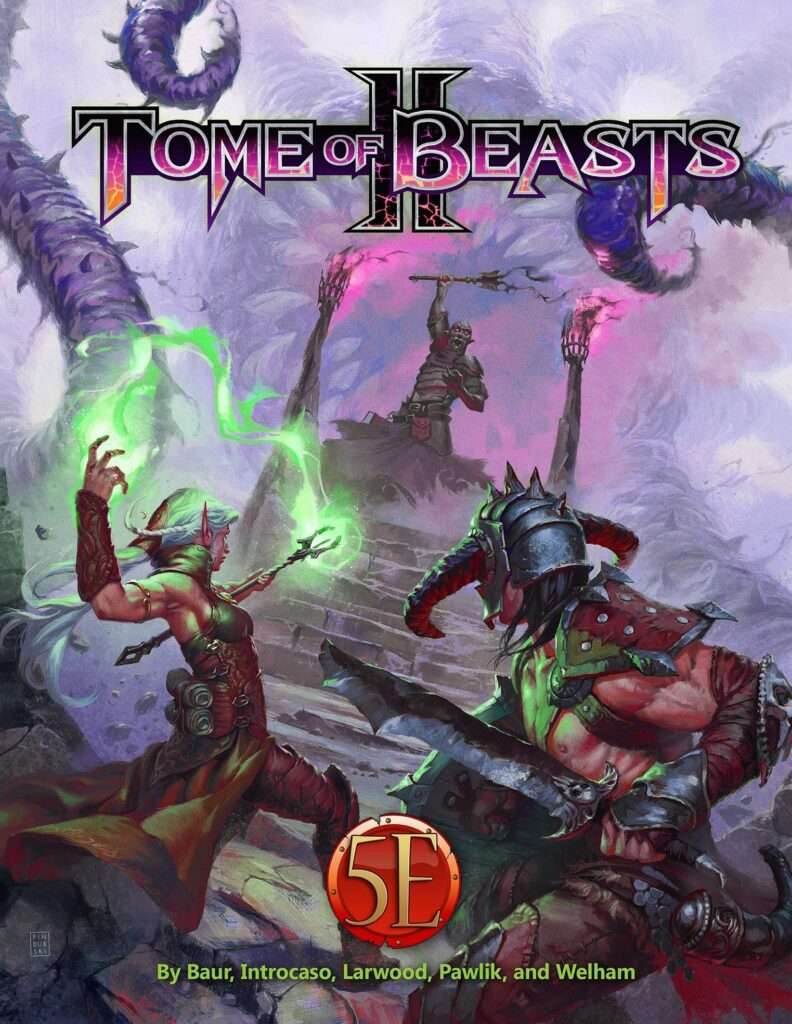 Whenever I manage to get caught up on my reviews of official D&D products, I like to delve into the deep waters of third-party releases. To date, I’ve focused on releases from Kobold Press. This publishing house is renown for their quality products. As I’ve discussed on this site in the past, I’ve been extremely impressed with their monster collections; Tome of Beasts and Creature Codex. So, today I’m going to take a brief look at the next product in that lineup, Tome of Beasts II.

As is usually the case with these books, there’s a little bit of something for everyone. The Tome of Beasts II is packed full of unique and frightening monsters. If you’re a DM looking for something new and refreshing to ambush your players with, this is definitely the book for you. (Some of personal favorites in this book are the Hooden Horse and the Fane Spirit.) But as usual, there’s also a number of new takes on classic monster types as well. This book offers new options for Angels, Devils, Dragons, Fae Folk, Giants – you get the idea. It also seems like Kobold Press has been paying close attention to WotC’s official releases, as a number of the monsters included in this book fit in perfectly with many of the official adventure modules that have been released in recent years.

If you’re a DM running a campaign in the Midgard campaign setting, this book (and the Creature Codex) is a must have. But even if you’re playing in one of the officially released settings, or even a homebrewed campaign, this book will make a fine addition to your collection. As usual, Kobold Press has given us another absolutely fantastic release. They continue to to show just how powerful the Kickstarter model is when it comes to hobbies like D&D and I’m very proud to support them.

Tome of Beasts is available on Amazon and most retail bookstores where D&D material is sold. 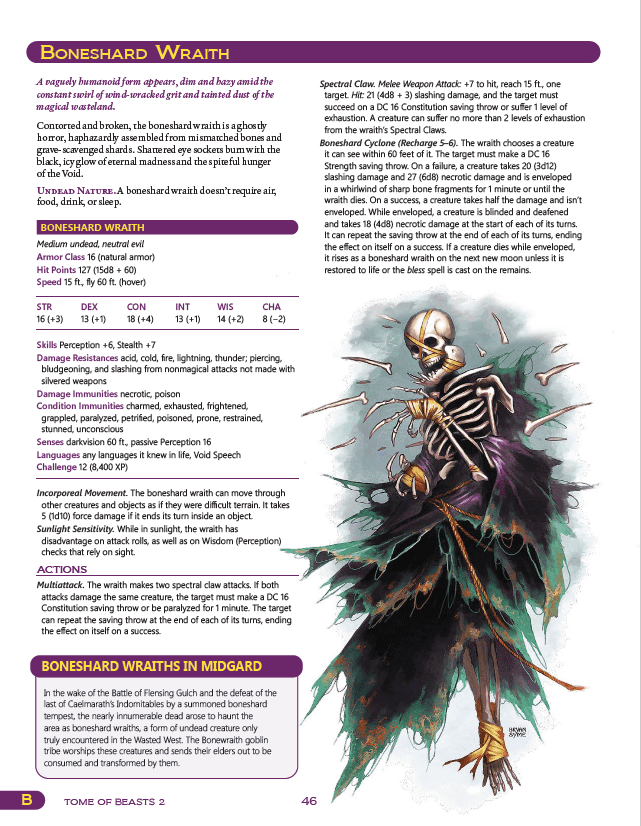