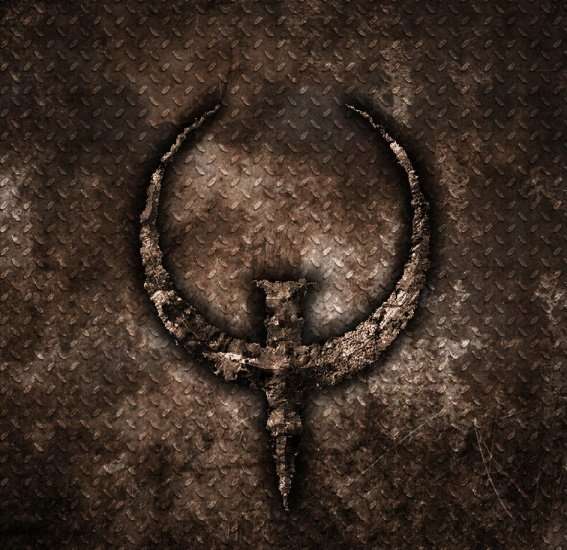 Sometimes it’s always nice to revisit the classics. The last time I talked about the original Quake was back in 2013. Quake is one of those games that I keep coming back to over the years. Yes, it shows its age when put up against many modern titles. Yet, it still manages to maintain a persistent charm. Recently, Bethesda Softworks (the new maintainers of the Quake franchise) celebrated the 25th anniversary of the original game by releasing an update. This “Quake 25th Anniversary Update” is more than just a patch. It’s actually a re-release of the game for modern systems.

Back when I reviewed Quake in 2013, the PC was still the only real way to enjoy the game. Even so, getting it to run efficiently required a number of third-party patches and utilities. Thankfully, that is no longer the case. The Quake 25th Anniversary Update finally offers official support for modern systems. Not only that, this release has also been made available for modern consoles as well. You can now enjoy the original Quake on your PS4, PS5, Xbox One, and even on the Nintendo Switch!  If you’re a PC user, you will need to own one of the Bethesda releases of Quake in order to get this update. (That means old CD ROM users are out of luck, but Steam or Bethesda Launcher users are ready to go.)

This modern port of Quake includes the following updates: Cross-play multiplayer, support for HD resolutions (including 4k), improved models, dynamic lighting, motion blur, and depth of field support. This release also provides official support for add-ons. In fact, the first add-on is available now; Quake 64. This might not sound like a big deal, but it’s actually something fans have been asking for for many years. In case you are not familiar, Quake 64 was the official Nintendo 64 port of Quake. While it was largely faithful to the original game, it included a number of unique features. These include an alternate soundtrack, changes to level designs, and different enemy placement. Some players hail it as a superior version. I actually disagree with this. Personally, I don’t feel it compares to the original game but having it included for free is definitely a nice bonus. 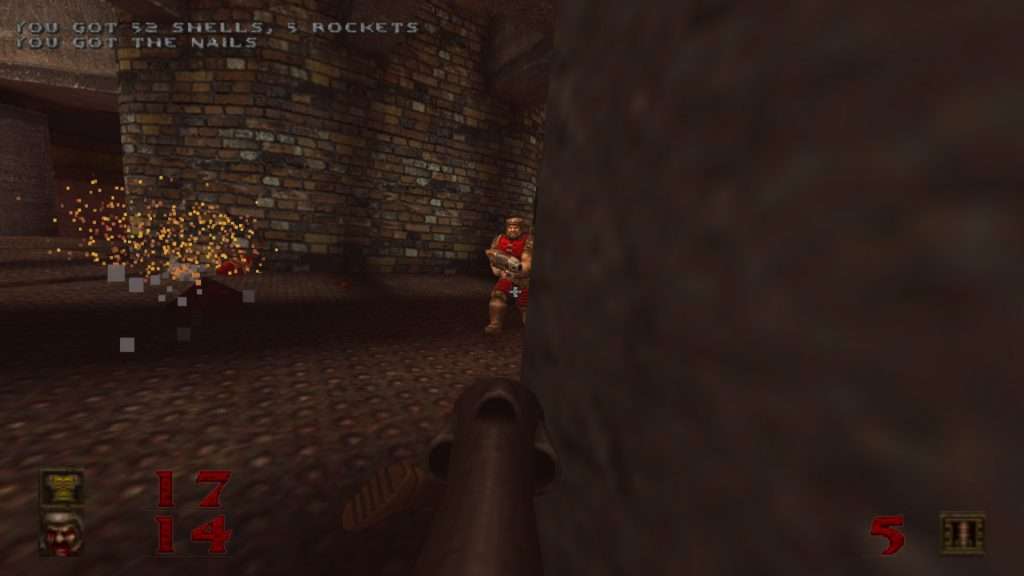 Dimension of the Past is considered by many to be the unofficial “third Mission Pack”. It didn’t exist at the time of my original Quake review, so this is the first time I’ll actually be talking about it. This add-on was developed by Machinegames in 2016 and made available online for free. It was designed as a sort of classic Quake tribute. Personally, I feel like this add-on fits in with the original game much better than the official Missions Packs do. Everything from the level design to the art direction just feels right at home with what I remember from the original game. It’s nice to see that this release has finally been recognized as an official expansion to Quake.

However, it is Dimension of the Machine that is the big star of this release. In fact, I really don’t know where to begin. This add-on is nothing short of amazing. This scenario takes the look and feel of classic Quake and mixes it with a number of modern game concepts. To start with, the first thing players will notice in Dimension of the Machine is that the levels are not linear. Upon starting this scenario, players are brought to an area that contains a broken transporter. This machine can open a portal to the final boss, but it is currently broken. To repair the transporter, players must collect special runes from a number of different areas. Players can tackle these areas in any order they choose. Each area has its own theme, but the look and feel is heavily inspired by classic Quake. 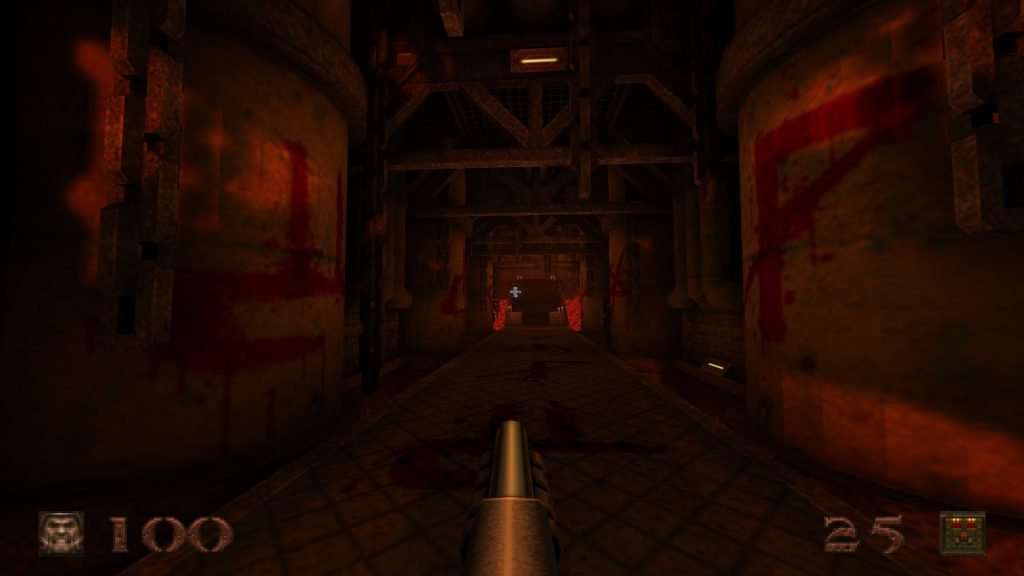 The level design for these new areas are simply astounding. Yes, they are built with the classic Quake engine, but they take full advantage of all the new enhancements provided by the 25th Anniversary Update. The dynamic lighting effects and depth of field technologies are on full showcase in these new levels. It’s nothing short of spectacular.

I have to admit, when the Quake license was acquired several years ago, I didn’t know what to expect. I guess I figured that we were probably going to be subjected to a reboot of the series at some point. But I certainly never expected to see a re-release of the original Quake. Even so, now that we have just that, I’m floored at the amount of love and attention that this re-release has been given. This is a trend that I want to see continue in the gaming industry.

Many classic games are considered “classic” for a reason. It’s not just nostalgia that conjures up fond memories of these retro titles. So many great games of the past provided hours of fun and introduced gamers to entirely new concepts. These legendary titles deserve a life on modern systems. Quake is the perfect example of this. 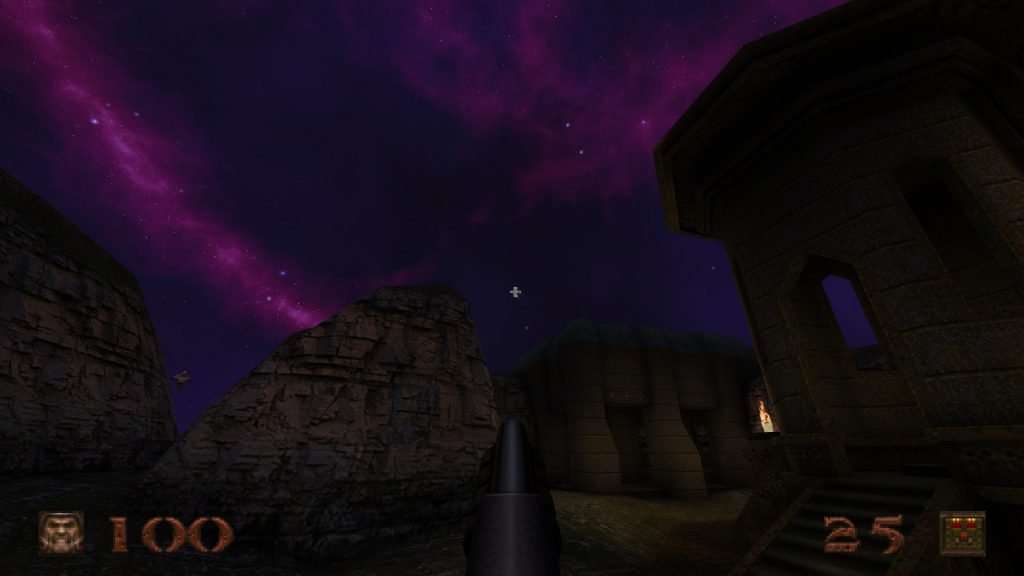 Overall Impression: Outstanding update to a classic FPS title. This update includes many quality of life improvements, and additional scenarios. A must-have for any Quake fan.

Value: Owners of the original CD ROM will have to purchase the Bethesda version of Quake to get this update. But at the cost of only $10, this is well worth the price. Players who already own this game on Steam will receive this update for free. In my opinion, Dimension of the Machine is worth the $10.00 price tag alone, not to mention all of the other updates that come along with it.