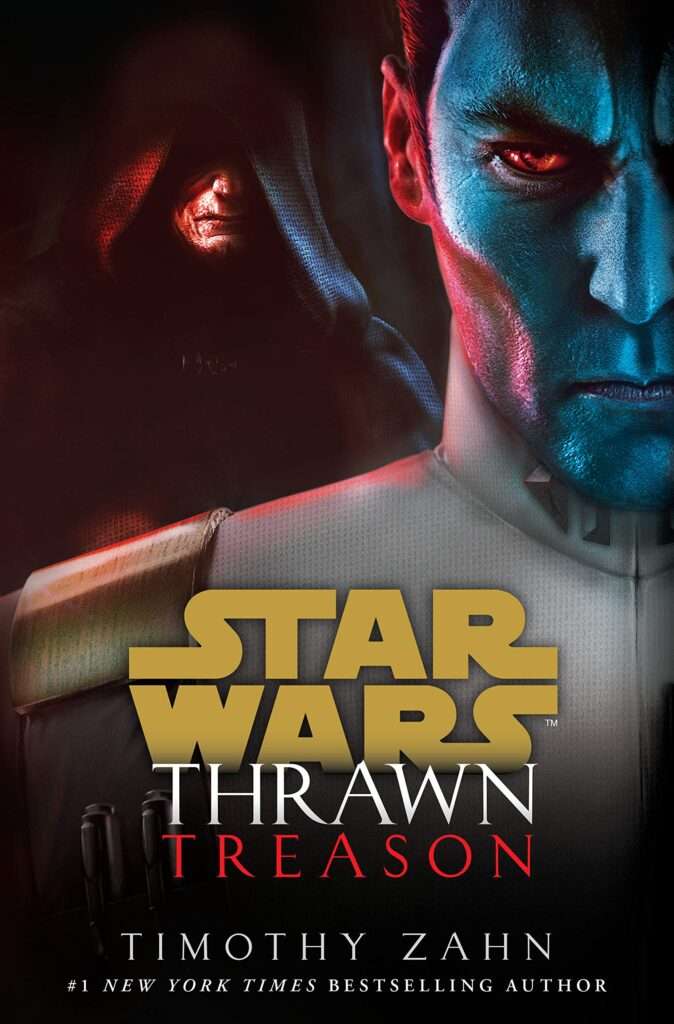 Love him or hate him, it cannot be argued that Grand Admiral Thrawn has proven to be an extremely popular character in the Star Wars universe. And since his reintroduction to the new canon, his popularity has only increased. Today I’ll be taking a look at the third book in Timothy Zahn’s new Thrawn series, Thrawn: Treason. Before I get started, I should state up front that this book assumes the reader is already familiar with the character of Thrawn. So if you haven’t already, it is highly recommend that you set this one aside until you’ve read the first two books in the Thrawn series. On top of that, a knowledge of both The Clone Wars television series and the film Rogue One are also highly recommended.

This book takes place after the events of Thrawn: Alliances. The Death Star is currently in the early days of construction, but the project is suffering from supply-line issues. At risk of having the project cancelled in favor of another, Grand Admiral Thrawn is sent to see if he can resolve the issue. During the course of his investigation, it soon becomes clear that much more is going behind the scenes than meets the eye. I don’t want to provide too much detail or I run the risk of ruining the plot. But I will say that when it’s all said and done, Thrawn find himself working alongside The Chiss Ascendancy and having to defend his loyalties to the Empire.

As usual, Zahn’s writing is stellar. He knows his characters well their unique personalities really help drive the story. The plot unfolds at a masterful pace and contains twists and turns that readers are not likely to expect. The story ties in well with the previous Thrawn books, and in fact, several characters from the other novels make an appearance here as well. That being said, I can’t help but feel like this book is merely a stepping stone to something else. On its own, the story here just seems a little bland. Don’t get me wrong, it’s entertaining and very well done. But the basic plot just doesn’t seem to have the same heft as other outings in the Thrawn series. With that in mind, I’m eager to see what comes next.

If you’re a fan of Thrawn, this book is certainly going to be right up your alley. But for more casual fans, it may come across as a little narrow sighted. Either way, it’s a good read and one of recommend to serious Star Wars fans.

Story: Great tie-ins to other Star Wars media. Well written and well paced. Reads like a mystery novel mixed with a political thriller.