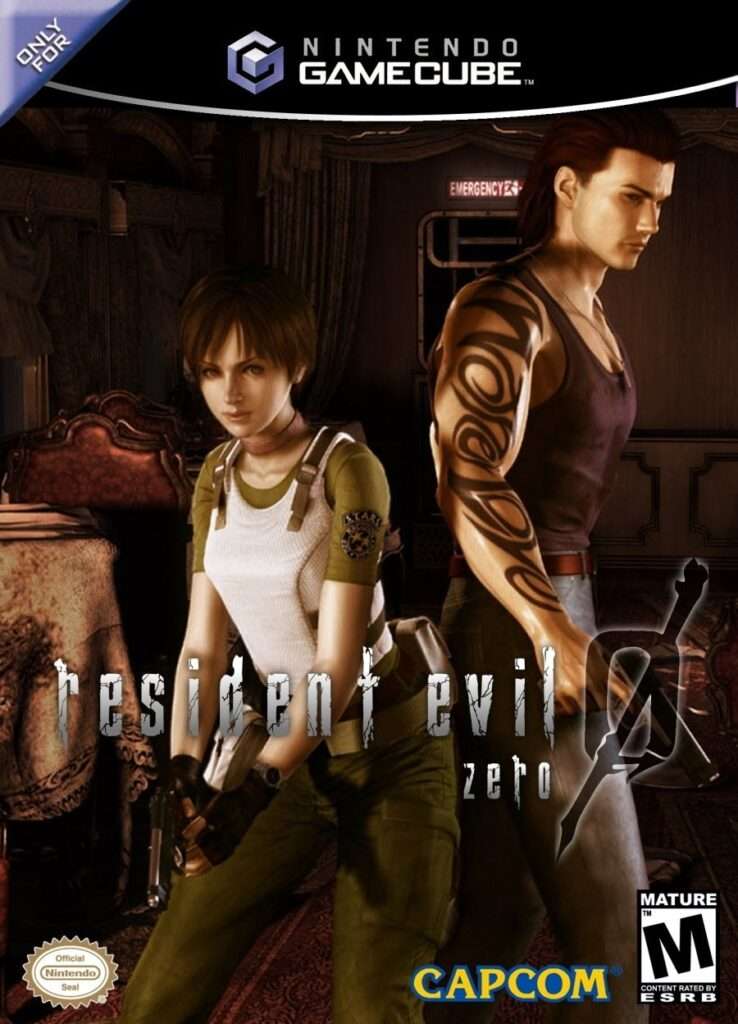 Halloween is almost here! You know what that means, it’s time to review a horror game! Deciding which game to play through this time was no easy task. Looking through my backlog, there were a number of great spooky titles released for the PS2/GameCube/Xbox platforms. But in the end, I decided to go down some familiar territory and stick with the next entry in the Resident Evil series, Resident Evil Zero. 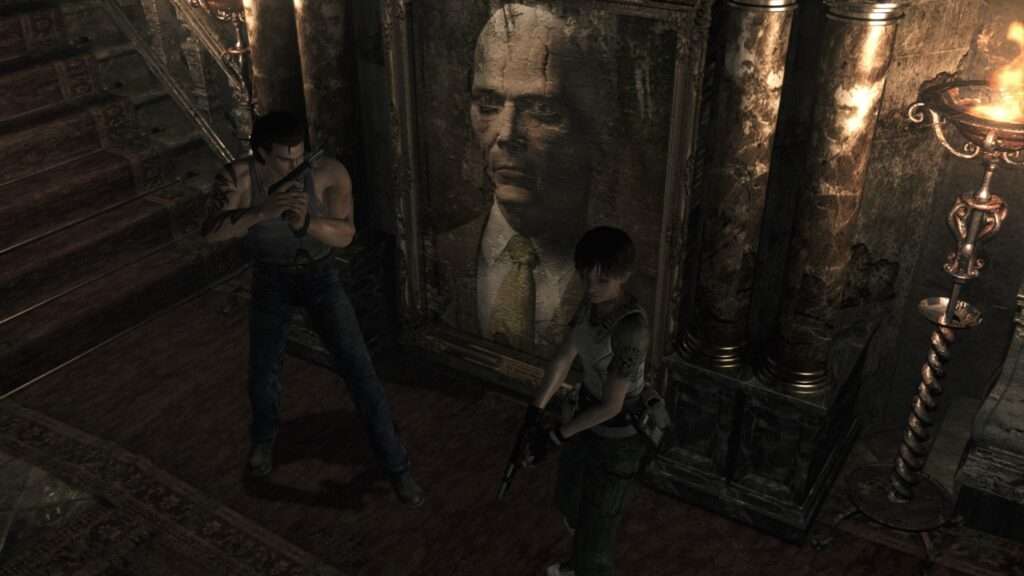 Being a prequel, the events of this game take place immediately before the events detailed in the first Resident Evil game. This chapter of the series follows the story of Rebecca Chambers, a member of the S.T.A.R.S Bravo Team. In the opening cinematic, we learn that the team has been dispatched to the mountains outside of Racoon City to investigate a series of horrific murders. While on their way to their destination, their chopper encounters a mechanical issue, forcing the team to make a crash landing in the forest. Shortly after the dust settles, the team receives word of a fugitive on the loose in the area. The survivors split up and begin searching the forest. During her search, Rebecca comes upon a railway train that has come to a mysterious stop in the middle of the forest. Upon setting foot on the train she discovers a horrific scene… the train’s passengers have been transformed into zombies! As she attempts to escape, she encounters the fugitive, Billy Coen. The two team up in hopes of both escaping the area and discovering the reason behind this nightmarish outbreak.

In a first for the Resident Evil series, players are able to make their way through the game using two characters at once. The game starts with only Rebecca as a playable character. However, it isn’t long before Billy joins the team. Once that happens, players can switch between the characters at will. For the most part, each character plays exactly the same. The only differences are that Billy is a bit stronger (he can take more damage and is able to push heavy objects), while Rebecca has knowledge of herbs and chemicals (allowing her to concoct potent healing items and other mixtures).

When playing as either Billy or Rebecca, players can set an AI profile for the idle character. Meaning, they can determine if the idle character should engage enemies automatically or simply try to avoid attacks. Players can also order the secondary character to either stay put or follow. 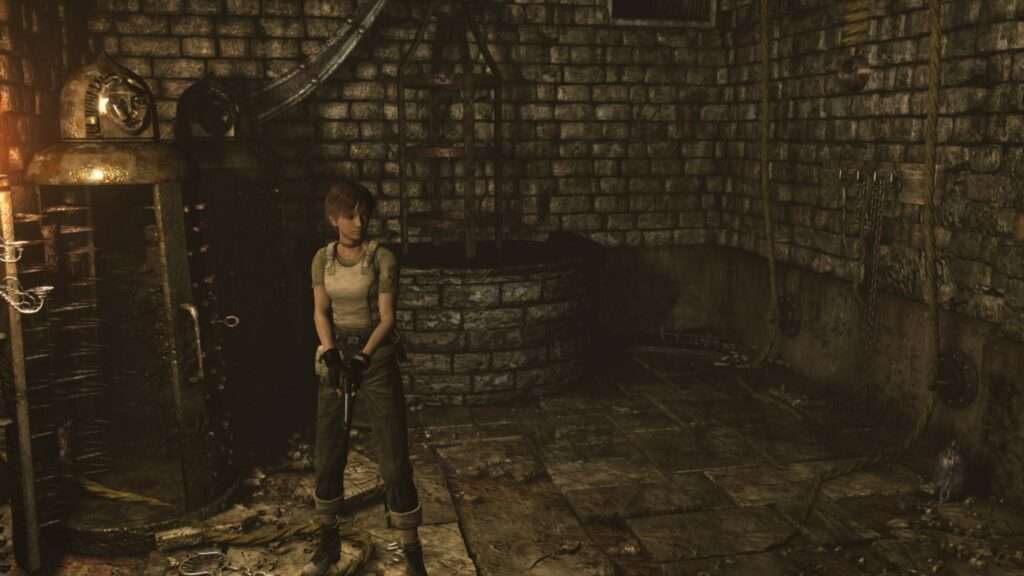 As you might expect, you occasionally have to split the characters up in order to solve various puzzles. For example, Billy may need to breakaway from Rebecca in order to push heavy objects, while Rebecca stands ready to unlock a nearby door. In fact, this team-based puzzle solving is a pretty important aspect of the game. It helps make this entry in the series a bit different from what players have seen before.

But teamwork isn’t the only difference between this and other the other Resident Evil titles we’ve seen so far. This is the first game in the series to eliminate storage lockers. That’s right. No more arsenal stash that follows players from one save room to another. Instead, in this game, players are able to simply drop items on the floor. Items dropped by players can be picked back up later. In some ways, this change is both good and bad. On the upside, players can now leave items virtually anywhere. So, if they come upon an important item while they have a full inventory, they can simply drop something else on the ground in order to acquire the new item. This sure beats having to backtrack all the way to a save room just to leave something behind in a safebox. But on the flipside, an item left in a particular location stays there. Meaning, if the player ends up needing it later on, they may have to backtrack a great deal just to retrieve something they left behind.

But, for all these changes, just as much also stays the same. Resident Evil Zero maintains the classic unintuitive “tank-style” control scheme and fixed-camera angles that has persisted through the entire series. The HD version does feature an option to enable a more modern control scheme. But, the clunky playcontrol still exists even in the most recent update to the game. That being said, if you’ve stuck with the series this far, you’re probably used to it by now. 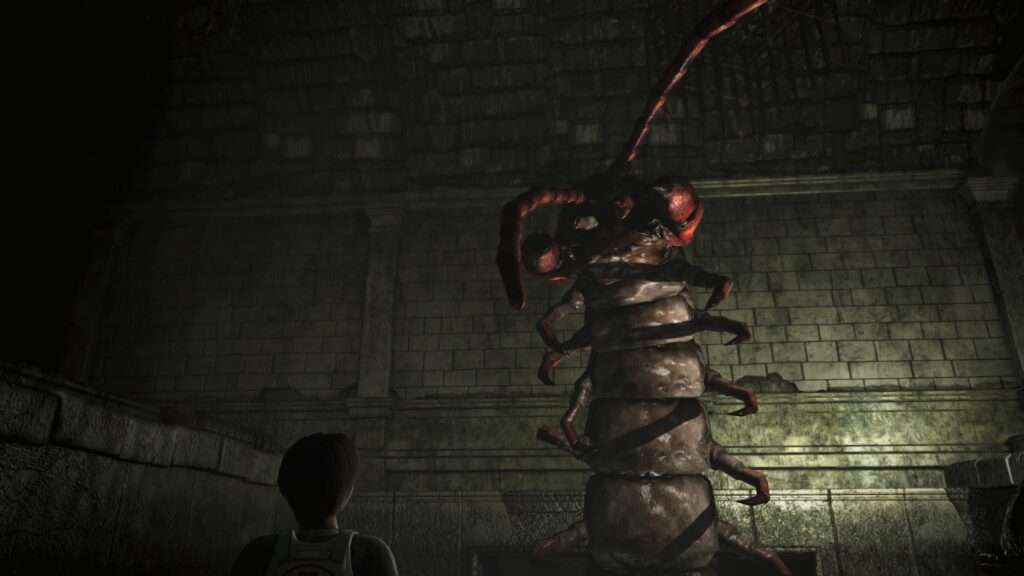 Upon completion of the game, a new mode of play is unlocked: Leech Hunter. This mode is essentially nothing more than a scored scavenger hunt that has players wandering around one of the game’s most popular maps looking for trinkets. It’s a welcome addition, but one that is largely forgettable.

The HD release of Resident Evil Zero also includes a second game mode that is unlocked upon completion of the initial game: Wesker Mode. This mode of play replaces Billy with the character of Wesker (a series favorite) and also unlocks a cool looking skin for Rebecca. Wesker feature some unique attacks, and playing as this character is pretty fun. But other than that, the game itself remains unchanged. The HD release also includes a number of DLC costumes for the main characters (both free and paid options). But aside from changing the visual look of the characters, they have no affect on the game itself. All in all, these additions are a nice touch, but don’t offer anything really exciting. Still, it’s nice to have them included.

In closing, Resident Evil Zero is a welcome chapter to a fantastic series of games. It’s a good mix of both old and new. Fans of the series will feel right at home, while also getting a few new concepts to tinker with. 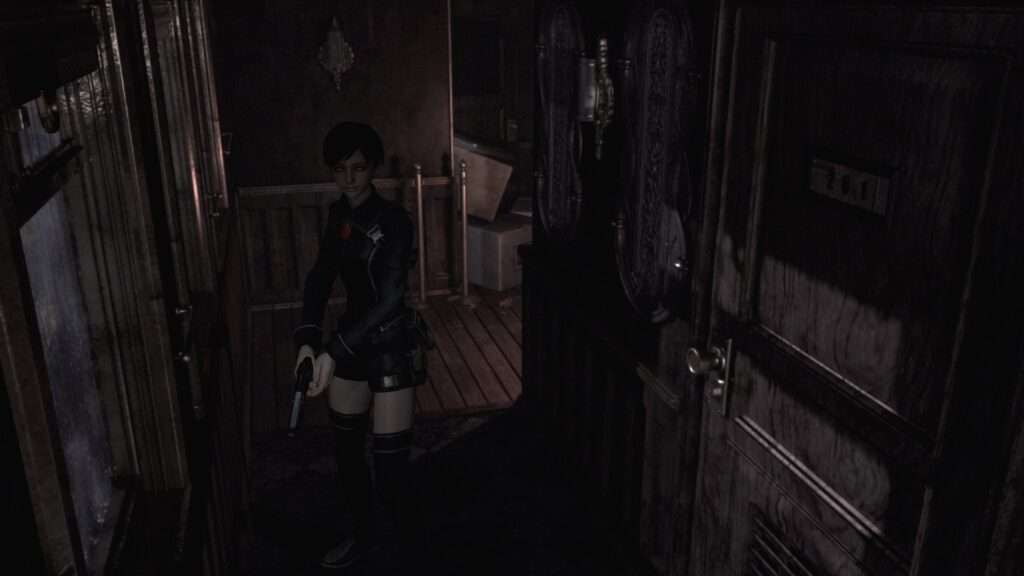 Difficulty: Variable –  Resident Evil Zero offers three difficult settings; Easy, Normal, Hard. As is normally the case with these games, easier settings offer the player access to more ammo and healing items throughout the game. This game tends to be a bit harder than previous entries in the series, so Normal is good starting point for experienced RE player. Players new to the series may want to start with Easy mode.

Story: The events in this game shed a great deal of light on the backstory for the entire series thus far. This is done through the use of cutscenes and also through in-game text (journal entries, reports, etc). The story unfolds at a great pace and is quite engaging. I’m a huge fan of the lore behind the Resident Evil games, and this entry does not disappoint.

Originality: Resident Evil Zero will immediately be familiar to fans of the series. But a number of changes and additions help keep this game feeling fresh. The biggest change is obviously the ability to play as two characters at once. This addition adds an entirely new dynamic to the game. I found it to be a welcome change.

Soundtrack: This game features a very minimalist soundtrack, which works very well. Music is used to queue up tension, or in some cases even relief (you know when you hear that music, you’re in a saveroom). The voice acting in this game is best in the series so far – a big step up from previous entries.

Fun: I had a really enjoyable time with this game. It wasn’t quite as memorable as some of the other chapters, but it was still a blast to play. Players who enjoy survival horror titles and creepy environments will find a lot of like about this one.

Graphics: The original release looked pretty impressive for its time and the HD version looks even better. These GameCube titles really proved to be a step up from the PS1 era Resident Evil games.

Playcontrol: The original release on the GameCube stuck with the classic “tank-style” control scheme, albeit with a few improvements. However, the HD Remaster finally adds the ability to propel the character with the analog stick. And trust me, it’s a welcome change. Still, the playcontrol does get wonky from time to time thanks to the fixed camera angles. Occasionally, when the camera shifts between perspectives, it’s easy to get confused on which direction to press the controller. But with a little time, this is easy enough to master.

Overall score (1-100): 85 – Resident Evil Zero is an excellent chapter in an already amazing series of games. Fans of the franchise will certainly want to experience this title and see the origins of the series. But first time players might be better off starting with one of the other games. For all of it’s unique aspects, Resident Evil Zero just doesn’t manage to capture that same level of magic that can be found in either Resident Evil or Resident Evil remake. That being said, I’m not belittling this title one bit. This is a fantastic game in its own right.