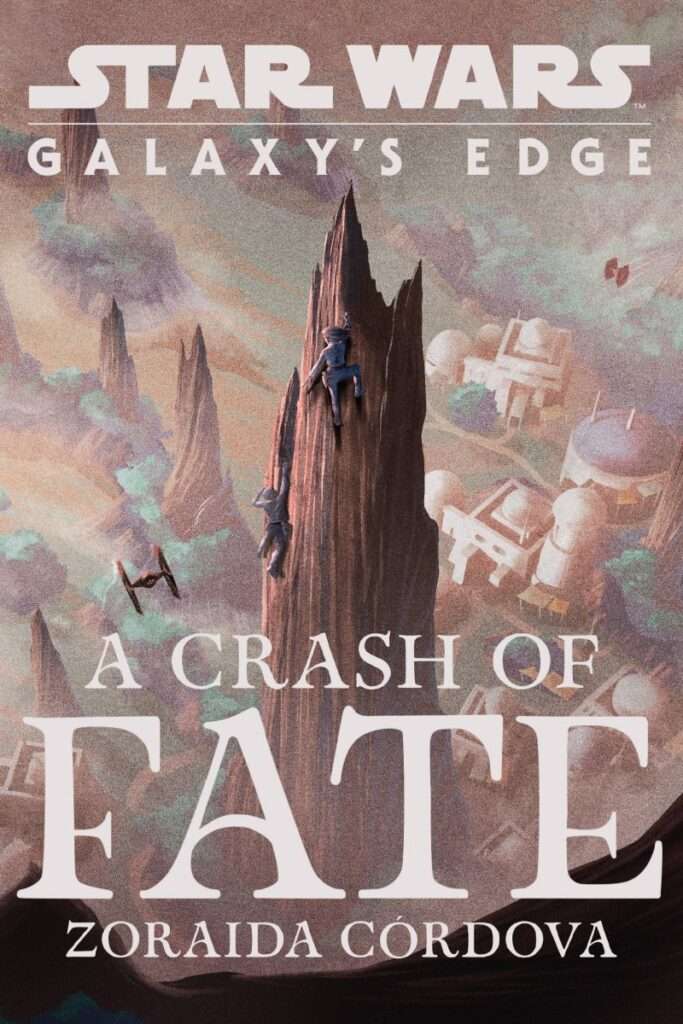 When Disney originally announced the reboot of the Star Wars Expanded Universe project, fans were excited. The promise we heard was that all future Star Wars novels would be vetted for quality and every release would be canonical. This was good news because as any old school Star Wars fan will tell you, there was more than a few stinkers in the old Expanded Universe. As the new canon novels began to roll out, things were looking good at first. But it didn’t take long for some of the releases to raise a few eyebrows. I guess such things cannot be avoided in the long run. But for an initiative as large as this, these issues should be few and far between.

Today, I’m going to talk about A Crash of Fate a novel under the Star Wars Galaxy’s Edge banner. What is “Galaxy’s Edge”? Well, Galaxy’s Edge is Star Wars themed area in Disney resort parks. To help promote the attraction, Disney commissioned a number of media projects to tie-in with the resort. This book is the first literary release under the banner. Now, let me be up front and state that I don’t really have a problem with tie-ins like this. But, nine times out of ten, projects like this tend to feel forced and end up being largely forgettable. Sadly, I feel that is the case with this book.

The story takes place largely on the planet of Batuu (a location created specifically for Galaxy’s Edge – but one that’s appeared in a number of novels I’ve recently reviewed). It follows the character of Izal Garsea (Izzy) and her childhood friend Jules. After being separated as children, Izzy became a small-time smuggler. But despite her misadventures in the galaxy, she never forgot her childhood friend. Then one day, a job suddenly sends her back to Batuu where she reconnects with Jules. Now as adults, their friendship has blossomed into something more.

For a storytelling perspective, the novel itself is pretty well done. It takes place during the events of the sequel trilogy so there are some nods to The New Republic and the First Order. But the contents of this book are largely a self contained story. The writing is solid and the characters are entertaining. But the big problem here is everything is largely forgettable. I guess what I’m saying is that in the grand scheme of things, there’s really no reason this story should exist. It doesn’t contribute anything new to the Star Wars universe nor does it help flesh out any existing bits of Star Wars lore. It seems like it only exists to help validate “Galaxy’s Edge” as part of the Star Wars canon. With that in mind, it seems rather pointless.

I suppose any well written story is welcome. But for me, I’d much rather read something with familiar characters or locations. This is a book that just seems destined to be lost in the shuffle.

Story: Not terrible, but not exceptional either. It has its moments, but it largely feels mundane when compared to most other stories in the canon.

Recommended:  For only the most hardcore fans.