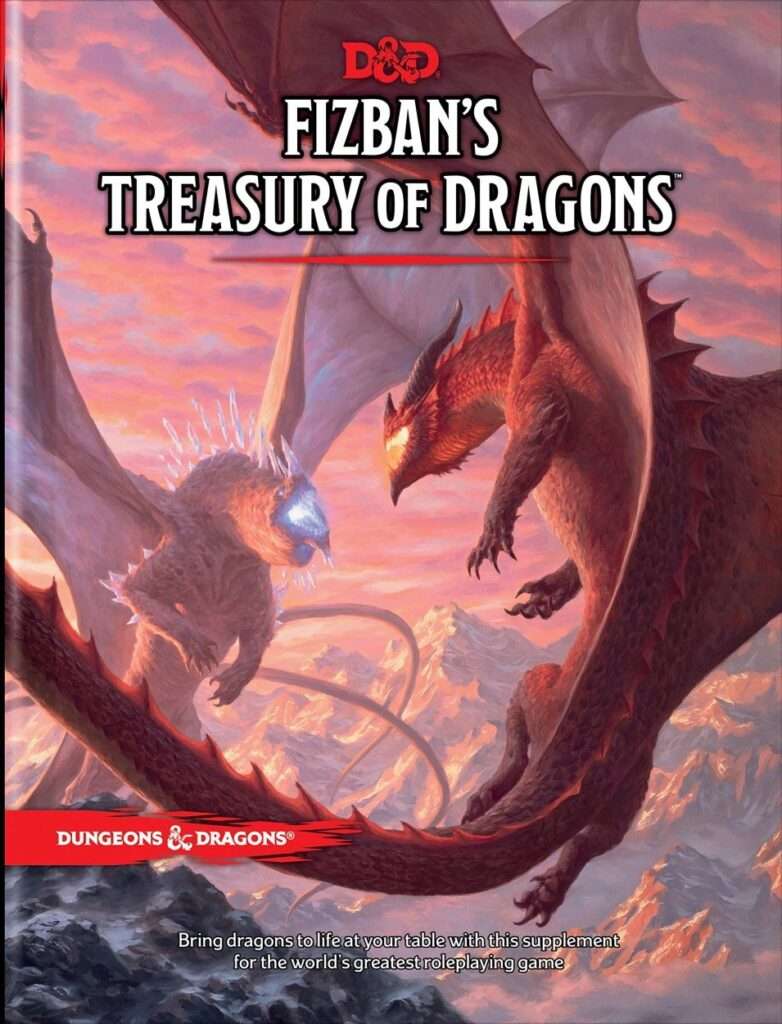 The D&D world has been buzzing lately. In the last couple months, word has leaked that a revision of 5th Edition will be hitting the store shelves in the next couple years. Between now and then, Wizards of the Coast has promised to take 5E to places that fans have been asking for since its inception. Of course, they’ve not said anything particularly specific. But, if you ask me, the title of this most recent book is a big clue. The book I’m talking about is Fizban’s Treasury of Dragons. It is a new sourcebook that a takes an in-depth look at the most popular creatures in the D&D universe; dragons.

So what did I mean when I said that the name of this book might be a clue to the future direction of D&D? Well, I’m talking about the name “Fizban”. It’s a name that old grognards like myself are bound to remember. Fizban is the name of a silly old mage from the Dragonlance setting. While he may have seemed goofy and senile, in reality he was actually the avatar of one of that world’s most powerful gods. This book is presented, in part, as a journal of Fizban’s observations on the dragon species. This is special because it marks the first time that a character from the Dragonlance setting has officially been mentioned in Fifth Edition D&D. Perhaps it is a clue of things to come? One can hope.

But let’s dive into the contents of this book. On the surface, this book contains just about anything you might want to know about the race of dragons. It introduces an entirely new mythology to D&D called “The First World”. The basic gist is this; in eons past, there was but one physical world in all of the universe. This world was home to dragonkind before it was destroyed in some unknown cataclysm. Over the ages, the remnants of the First World evolved into all the other planets that inhabit the Prime Material Plane. (This explains why dragons are present on practically every world in existence.)

Fizban’s Treasury of Dragons provides detailed information on all of the various types of dragons that exist. It chronicles their personalities, backgrounds, abilities, and other traits. It covers both the chromatic and the metallic dragon species. It also re-introduces gem dragons to D&D. In case you’re not familiar, gem dragons were introduced decades ago in Dragon Magazine and have appeared in various incarnations of the game. They were last seen officially in 3rd Edition. So their inclusion here is a bit of a surprise. But one that is very welcome.

Aside from more lore than you can shake a stick at, this book also introduces new rules for the dragonborn race. Now, instead of simply having a  generic “dragonborn” player character, this book provides details on playing dragonborn characters of specific lineages. This can really add a lot of flavor to character backgrounds. But there’s even something here for characters who play other races as well. This comes in the form of some new dragon-based subclasses. There’s not really a lot of new options. But what is presented is very well done.

A sourcebook just wouldn’t be complete without a handful of monster stats – this release is no exception. Of course, nearly all of the new monsters included here are dragon-themed. But that’s not necessarily a bad thing. I should mention that one monster in particular really caught my attention… the Draconian. I mention this in regards to my earlier comments about Dragonlance. This is big news because Draconians are pretty much a Dragonlance exclusive monster. Their inclusion here is just another example of why I think we’re going to see some official Dragonlance love in 5E in the near future.

Looking at the big picture, I think that DMs are likely to find more of the material in this book useful than players will. Sure there are the chapters of character options. But it can be difficult to slap down big money for just a single chapter. Still, I found this release to be very informative. This is the kind of sourcebook that I personally love to read and collect. 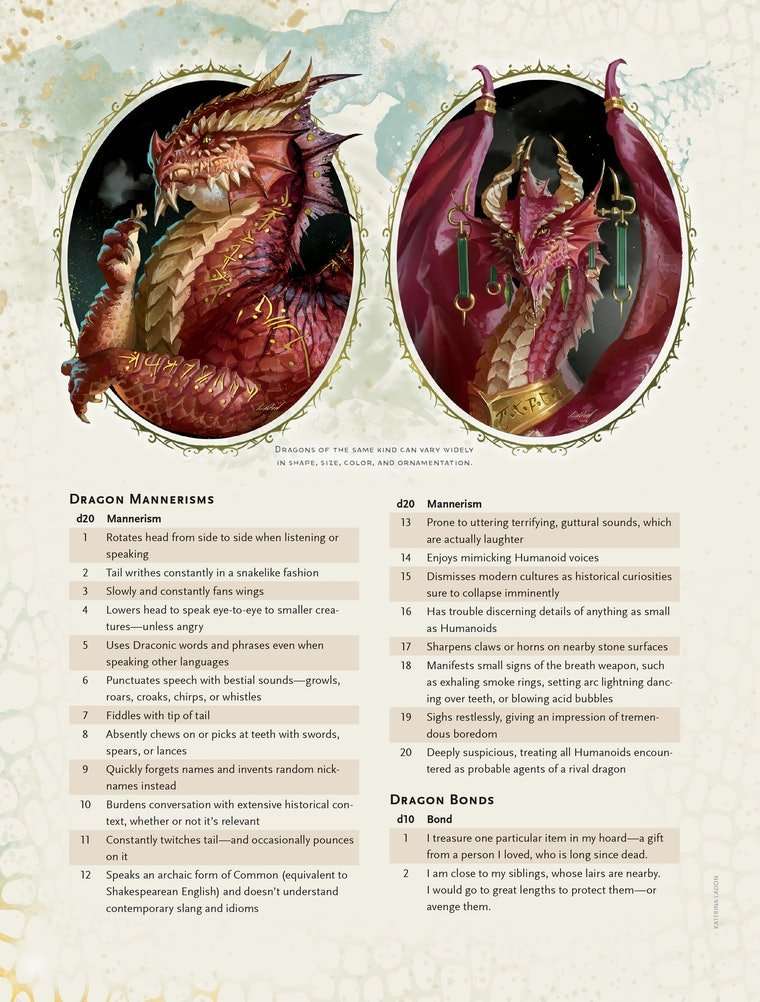