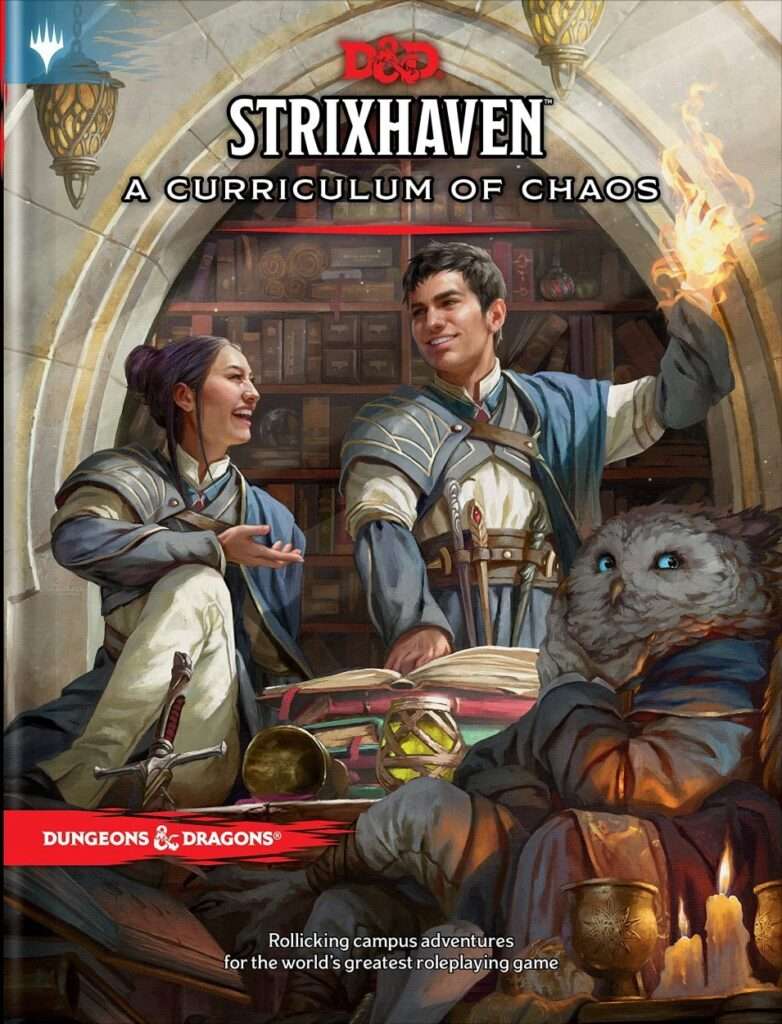 In what is likely to be my final post for 2021, I’m going to end the year with a review of the latest Dungeons & Dragons supplement Strixhaven: A Curriculum of Chaos. At first glance, some players may be quick to assume that this book is just another attempt by WotC to shoehorn in more material from Magic: The Gathering into D&D. But rest assured, it’s much more than that. To date, we’ve already been treated to two different MTG-based sourcebooks, one focused on the world of Ravnica and another that details the world of Theros. But, on closer inspection. this book actually seems to provide quite a bit more than just offering another Magic-based campaign setting. Yes, Strixhaven is an MTG-related property. Earlier this year saw the release of the Strixhaven expansion for Magic: The Gathering. The expansion is a collection of cards focused on a magical school by the name of Strixhaven. Strixhaven proved to be extremely popular with Magic players. When you take this popularity and consider that the “school of magic” concept is perfect for a game like D&D, it seems that jump between games was all but inevitable.

According to MTG lore, the college of Strixhaven is based on the plane of Arcavios. But this book is presented in a way that easily allows the DM to place the college in any existing D&D world. To me, this is key. Because suddenly, instead of having just another campaign setting book that is likely to remain unused, we now have something of real value that can be used in nearly any campaign.

The early chapters of this book present the reader with the whole “collegiate arcana” concept. It details the school of Strixhaven, its history, a summary of student life, and even gives a rundown of the different colleges that can be found on campus. There are a total of five houses that make up the school. Already, I can imagine some readers are drawing parallels to Harry Potter. But the more you dig into Strixhaven, the differences become quite clear. For starters, each college was founded by an ancient dragon and bears the name of its founder. The colleges are as follows:

When the D&D rules for Strixhaven were originally presented for playtesting, players were able to select a subclass based around one of the colleges listed above. However, this concept proved to be too restrictive for many fans and as a result, received very negative feedback. So, instead of subclasses, WotC opted to go with special backgrounds, spells, and feats tied to the colleges instead.

This book includes all of the regular bonuses that are typically found in a campaign setting sourcebook; a new playable race (the Owlin), setting-specific adventures, new monsters, new magical items – you know the drill. However, there are a few things here that have never been seen before. Unique to this book is the inclusion of rules for the official sport of Strixhaven; Mage Tower. Mage Tower is a capture-the-flag type of game that’s heavily tied to the lore of Strixhaven. But again, it is presented in a way that makes it easy to import into any homebrew campaign. Personally, I think this is a neat concept, but it doesn’t really hold much value to me. Still, I can appreciate the fact that WotC is taking the risk of adding entirely new concepts like this to D&D.

Also unique to this book is a special social tracker. Essentially, you can think of this as a combination of student records and a relationship affinity chart. This feature ties-in to some of adventures included in the book, but doesn’t seem to have much purpose outside of a Strixhaven campaign.

So now that we’ve had an overview of everything included, let’s get down to the nitty-gritty. Personally, I don’t ever see myself running an actual Strixhaven campaign. But, the concept of an arcane college does really appeal to me. This book does a fantastic job of presenting such a concept in a way that makes it very adaptable. I plan on taking the concepts found in this book and using them as a foundation for something unique. That’s me… But keep in mind, this book is compartmentalized and ready to roll. You can take Strixhaven as it is presented here and drop it into any existing setting with almost no effort. I love this! I want to see more of this in future D&D products. In this book it is a college, maybe next time it will be a dungeon or maybe an island! I hope WotC keeps this sort of content coming! With the popularity of D&D these days, people are using the system for all sorts of things. It think it would be wise of WotC to continue to explore this “drop and go” model. 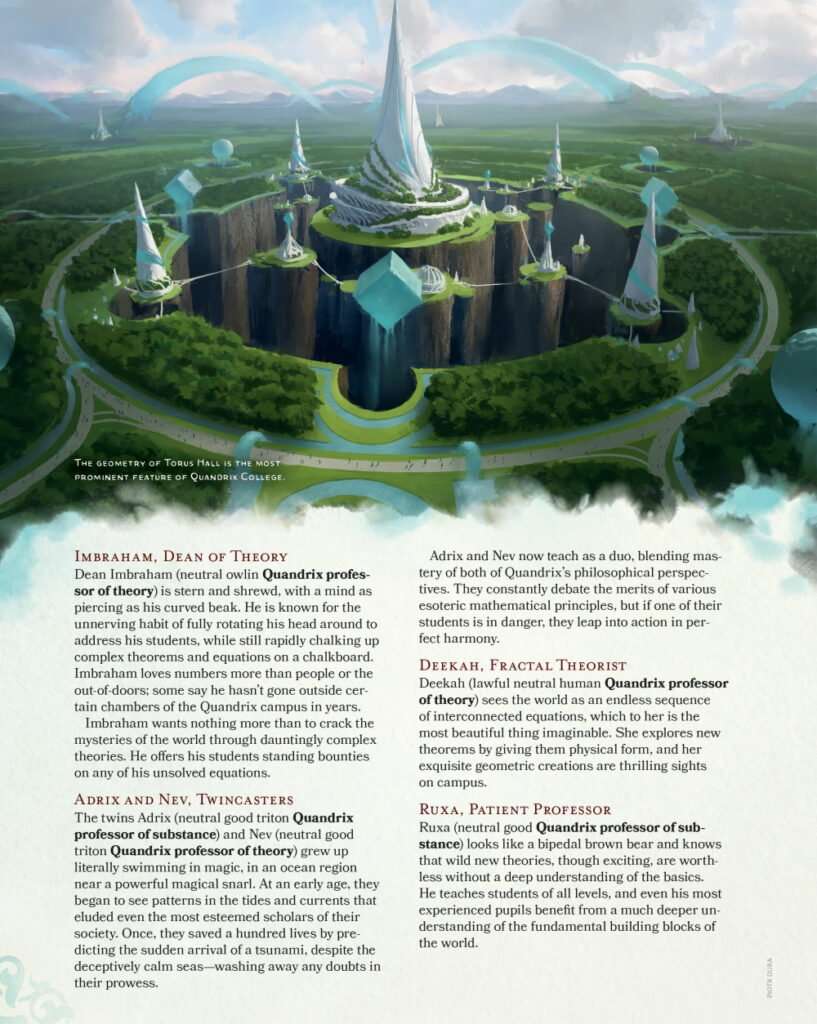