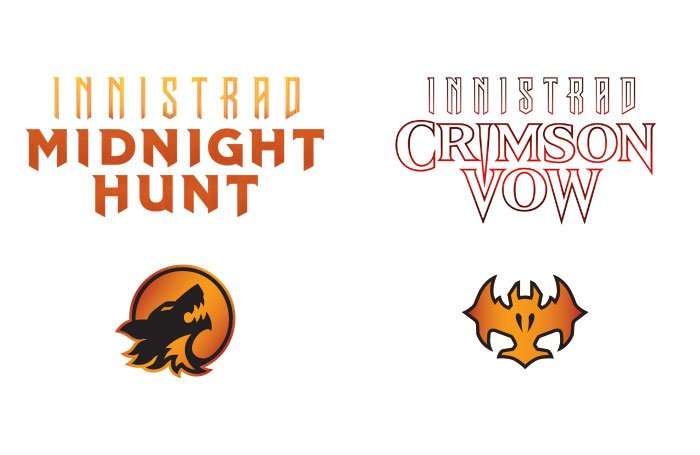 Since I made my first Magic post back in the summer, my wife and I have been playing frequently (albeit with a little less passion than before). Time restraints and other commitments have lessened the amount of time we’re spending at our local game store, but we still enjoy playing together at home. After discovering the hobby, the two of us really enjoyed both the Strixhaven and Dungeons & Dragons releases. So it was with great anticipation that I looked forward to the upcoming Innistrad expansions.

It’s no secret that I love gothic horror. Innistrad is MTG’s answer to the traditional Transylvania-style setting. The plane is filled with things like vampires and werewolves and previous cardsets bearing the Innistrad name always featured neat mechanics that fit the theme. In the last couple months MTG released two different Innistrad sets. The first was Midnight Hunt – a set focused heavily on werewolves and shapeshifters. This was followed by another Innistrad release; Crimson Vow – a vampire-wedding themed release.

As soon as Midnight Hunt hit the scene I immediately bought a collector’s set. But I have to say, I was largely disappointed. I really enjoyed a number of the new mechanics. The new Day/Night system is well done and and allows for some good strategy and planning. I also found some of the new graveyard mechanics to be pretty interesting. Sadly, the much-hyped Coven mechanic seemed to be largely useless (at least in the casual type of play that I enjoy). But mechanics aside, my real problem with this set had to do with card distribution. A large percentage of the cards in my collectors set were duplicates. This problem seemed to persist with any Midnight Hunt packs I opened – even ones obtained separate from the collector’s set. I swear, every single pack of cards I opened contained at least one “Tavern Ruffian” card. It became such and issue that I really believe there must have been some type of manufacturing error. But that aside, I guess my real complaint is that I just didn’t find the gameplay of Midnight Hunt as captivating as Strixhaven or D&D. 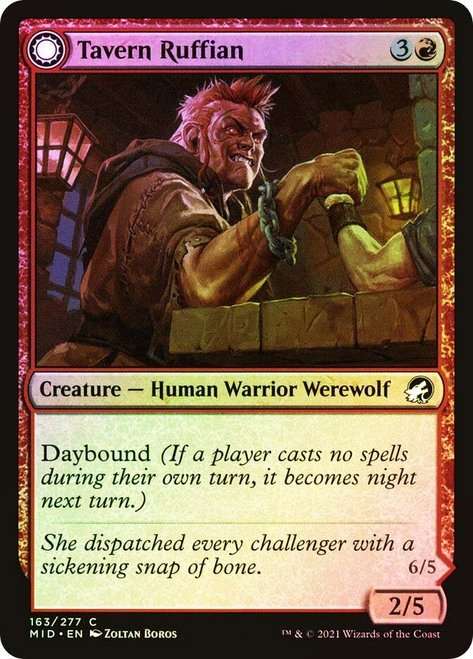 Thankfully, Crimson Vow fared much better. For starters, the artwork on these cards was much more appealing. Plus, the mechanics of the set are just fun. Cleave is great, blood tokens are fun, and disturb can be a blast. All of this makes Crimson Vow much better than Midnight Hunt, in my opinion. But still, on it’s own, Crimson Vow just didn’t thrill me the way other recent sets have.

The real trick here is to combine the two sets together. In fact, WotC is about to do just that. The Innistrad: Double Feature line will feature cards from both Midnight Hunt and Crimson Vow and will be available in January. These two sets together jive really well. Obviously, this is by design. and I don’t know why WotC even bothered to split them up in the first place. If you’re a new player I highly recommend going with the Double Feature packs instead of trying your luck with each expansion individually.

Now of course, expert MTG players are probably going to debate everything I’ve written above. But, let’s be honest, they have their own agenda. many MTG fanboys are in it for tournaments or collecting. Plus, the Commander format is HUGE right now. This advice isn’t for those people. I’m not saying that the prefab Midnight Hunt Commander decks are not any good or that you can’t build a killer deck using just cards from Crimson Vow. I’m speaking from a strictly casual standpoint. I’m a fairly rookie MTG player. And from my own experience, I feel like WotC just should have merged these two sets and dropped them together. But of course, that’s not the most profitable way to go.

MTG is a rich and rewarding hobby, especially if you have the time and money to throw at collecting. But for more casual play, I feel like these sets missed the mark just a bit. 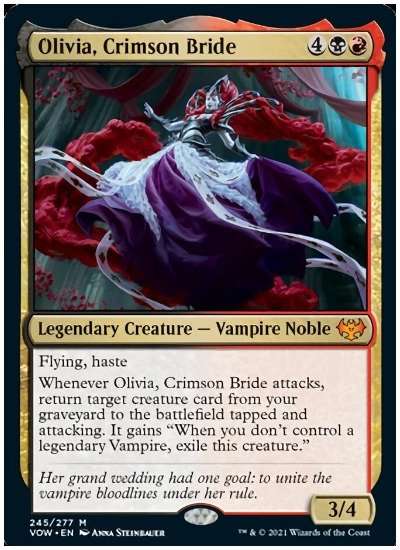