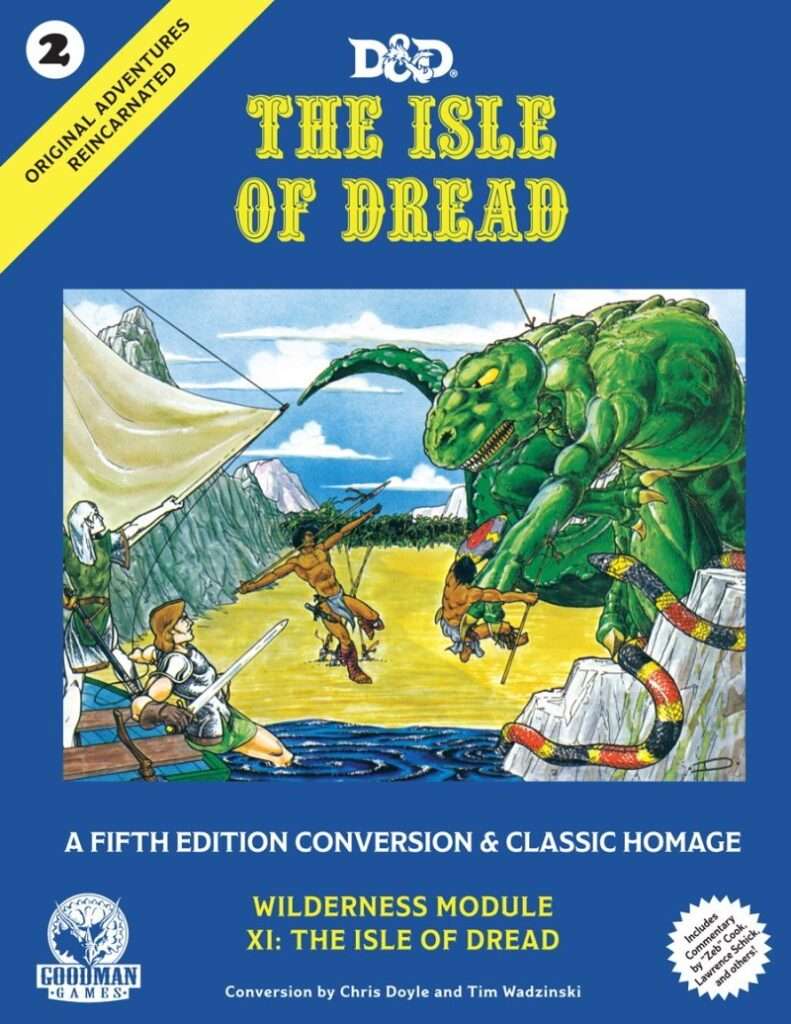 It’s been a while since I talked about Into the Borderlands, the first “Original Adventures Reincarnated” project. In case you missed it, that release was both an official reprinting and 5E conversion of a classic D&D adventure. It was a book that I was extremely excited about. I love retro D&D and it appears that I’m not alone in my passion. Since my original review of that book, there’s been a handful of other old school D&D adventures that have received the same treatment. Today, I’m going to take a look at the second entry in this series, The Isle of Dread.

Like Keep on the Borderlands, The Isle of Dread is another legendary D&D adventure that immediately sparks a whiff of nostalgia for any old school grognard. Originally included in the Dungeons & Dragons Expert Set, this adventure was designed to break the dungeon-crawling mold that so many D&D games of the age were locked into and introduce players to adventures in the wilderness. Of course these days, outdoor adventuring isn’t anything new. But at the time, this module introduced some pretty fresh ideas.

The basis of this adventure is rooted in pulp fantasy. It takes place on a mysterious island filled with cannibalistic tribes and prehistoric creatures. In today’s politically correct climate, I don’t know that an adventure like this would be approved for publication. The presentation of tribal cultures here seems racially insensitive by today’s standards. Of course, none of the cultures in this book actually exist. So it’s not like there’s anyone specific to offend. But I suppose the argument can be made that the tribal people described in this module were inspired by real-world cultures. I say this because I’ve actually heard several people criticize the module over this. Personally, I have no real opinion on the matter. D&D is not real. So maybe just relax? All that aside, there’s lots of fun to be found in this book. I mean, who doesn’t love a volcanic island filled with ferocious dinosaurs?

Personally, I think the setting provides a nice change of pace. It seems like a great addition to any gameworld. It’s easy enough to plop it into just about any campaign. But the remote location also keeps the contents of the isle firewalled off so that it doesn’t interfere with whatever the rest of the gameworld looks like. So functionally, I think the adventure and location is excellent.

Some people look at these old adventures and wonder why anyone would take the time to convert them to modern D&D. It’s true, D&D today is quite a bit different than it was in the 80’s and 90’s. Today’s games tend to be more fast paced and focus heavily on role playing. These older modules tend to be very grindy and stat focused at times. But, as is the case with any hobby or passion, it’s important to know your roots. Plus, we’re talking about D&D here… nothing is set in stone. Take the material presented to you and modify it however you want! Make the game yours. Ultimately, if you don’t like a particular book, no one is forcing you to play it.

Personally, I love these releases. Even with all its flaws, this is the D&D that I yearn for; classic role playing action, black and white artwork, and a set-up rooted in pulp fantasy. It is the embodiment of the retro experience I crave. My biggest complaint with this release isn’t the content, but it’s the price. The MSRP for this book is $50. I’m sorry, but that’s a lot of money for a book that’s stuffed with forty-year old content. Yes, I understand that this is an archival release. But still, if you’re going to charge that sort of price, the package should be a bit more polished. The first time I cracked this book, it took me a moment to figure out just want all the material was. For example, the original adventure runs right into the conversion with little fanfare. This is fine if you’re taking your time and studying the book. But it makes things a little difficult if you just want to sit down and get right down to business. A little attention to detail is all I’m asking for. That’s just my opinion. But even with a steep pricetag, older gamers like me will find lots to love with this book.

The Isle of Dread is available on Amazon and most retail bookstores where D&D material is sold. 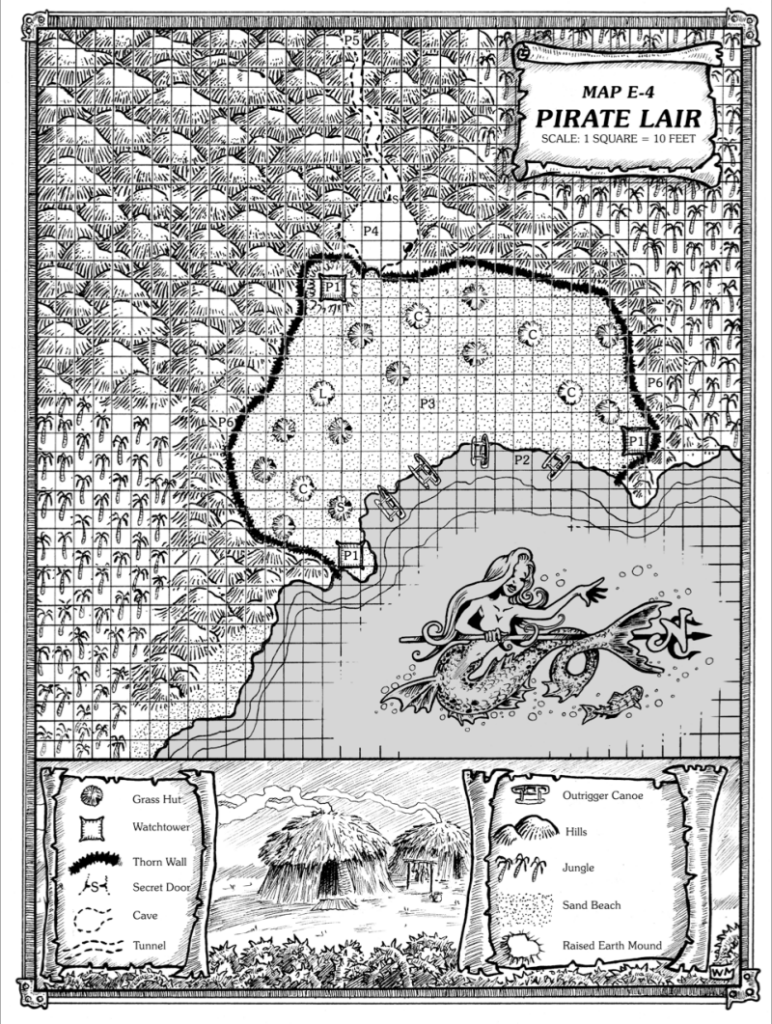