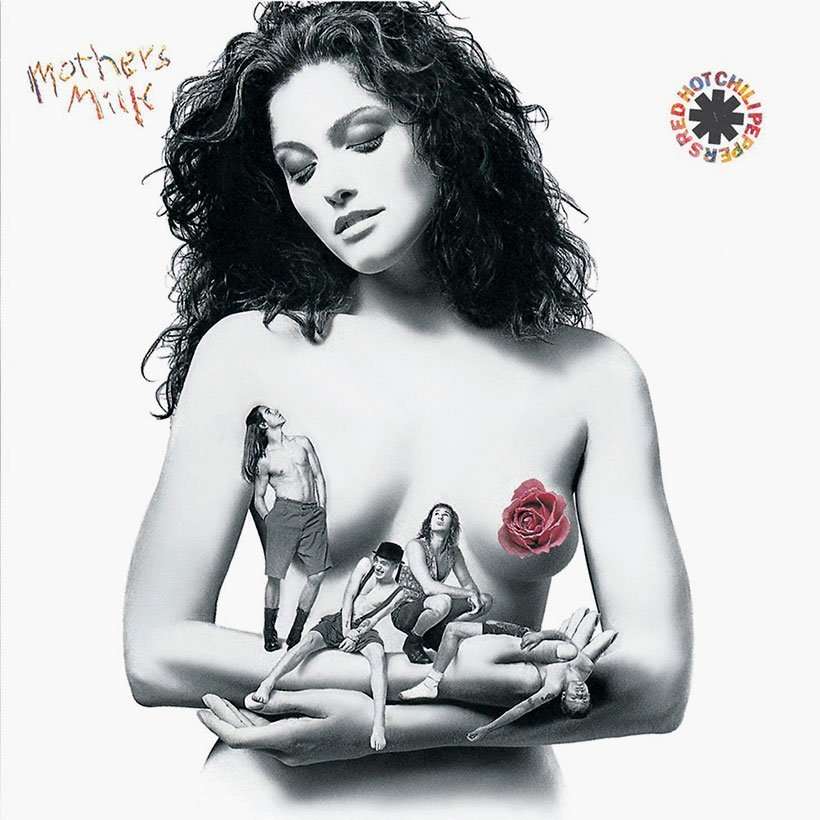 My last several Record Shop reviews have been for albums by the Red Hot Chili Peppers. This post is no exception. However, this will be the last RHCP review for a little while. With the discussion of this record, I have now caught up to my original review of Blood Sugar Sex Magik. The general idea with these reviews is to discuss bands in the order in which I discovered them. Then, if warranted, I take a deep dive into their back catalog. In the case of the Chili Peppers, Blood Sugar Sex Magik was my first real exposure to the band. Next, I went out and purchased a copy of What Hits!? – their greatest hits album. This compilation made me fall in love with the band. In the months that followed, I snapped up every one of their previous albums. The first record I purchased after I heard What Hits!? was Mother’s Milk. It’s been a favorite of mine ever since.

This album saw some big changes to the band’s sound. This is mainly due to the introduction of their new guitarist John Frusciante and new drummer Chad Smith. Both of these new members were elemental in the shift away from the band’s exclusive punk/funk roots. Of course, the classic Chili Pepper’s sound hasn’t been eliminated. The slap bass and rap-like vocals are still present. But there’s certainly a more mainstream edge to the music on this record. And there’s no denying where that change came from.

So, without further ado, let’s take a listen.

1: Good Time Boys –  The album starts with a funky intro that immediately reminds the listener who they are hearing. The slap bass and groovy guitar licks are without a doubt signature RHCP. But, the astute listener will also be quick to pick up on a new level of polish in the production quality. All that aside, the song itself is pretty catchy. It’s reminiscent of early Chili Pepper anthems such as “Fight Like a Brave”. It’s a good opener to the record.

2: Higher Ground –  Even though this is a cover of a Stevie Wonder song, I daresay the Chili Pepper’s version is more popular. Almost anyone who is familiar with the band knows this song. It was the first single from the album and it’s rocking, it’s funky, it’s quirky – but it is also amazing. This is one track that never fails to get me pumped.

3: Subway to Venus –  Here we have a bit of a throwback. This song actually sounds very much like classic early-era RHCP. A funky groove with zany rap vocals and – a horn section? All of this makes for an interesting track but it’s not particular memorable. This is usually a skip for me, honestly.

4: Magic Johnson – This track is an homage to Magic Johnson – a popular basketball player. It’s more of a sports chant than an actual song. I find little value in this track.

5: Nobody Weird Like Me – So far we’ve had two songs that were good and two that were pretty lousy. This song, falls somewhere in the middle. The bass line is catchy and the guitar work is impressive, but it doesn’t exactly click for me. I can totally see how this song would be a banger if played live. There’s lots of energy here that would be great in a live setting. But it doesn’t seem to translate well to record.

6: Knock Me Down – Thankfully, we have an excellent track here. I love this song. It’s no surprise that this is second single from the album. The guitar work is tight and the riff is a favorite of mine. The content of the song is also interesting “If you see me getting mighty, if you see me getting high, knock me down. I’m not bigger than life.” What a humble statement coming from a rock star. I love the humility in this song. (A trend that will only continue in the band’s future works). This is one of my favorites.

7: Taste the Pain – This one is an odd one. It doesn’t sound like anything the band has done before. But it’s impressive nonetheless. The main riff is funky and the chorus reminds me of a Native American war song. In the middle of all of this are vocals that seem to be dripping with angst and heartbreak. This song is hard to describe, it’s both familiar territory for the band but it also has a sound all its own. This is one you just have to hear to understand. It’s another favorite of mine.

8: Stone Cold Bush – This song is another that is a mix of both the old and new style. It’s a rock song with funk underpinnings, and an odd “porncore” middle section. Honestly, it’s a bit of a throwaway track. But it’s better than most throwaways, if that makes sense.

9: Fire – This is a Jimmy Hendrix cover. It’s not bad, but it’s nothing special. Lots of energy here, and again, I can imagine this hitting much harder in a live setting.

10: Pretty Little Ditty – Here we have a short instrumental. This song really shows off the talents of the band’s new guitar player. It’s an airy, catchy jam. Most people have heard a portion of this song with knowing it. The middle section of this tune was sampled by Crazy Town for their hit single “Butterfly”. But trust me, the original is much more interesting. My only complaint about the song is that it’s not long enough. Excellent.

11: Punk Rock Classic – Just as the name implies, this is a straight up punk song. And it’s not a bad one either! The track is full of high energy and if you’re a fan of punk (which I am), it’s actually pretty darn good. Sadly, it’s not even two minutes long so there’s not much to it.

12: Sexy Mexican Maid – Here we have a solid example of the band’s new sound. A groovy funky jam with smooth crooning vocals. Not a bad song at all, but it also doesn’t really stand out on its own.

13: Johnny, Kick a Hole in the Sky –  The album ends with a high energy rock tune. This song is a little odd, but I’ve always liked it. It’s a typical RHCP funk groove with the now recognizable frat-boy chant. It’s catchy as hell and probably the best way they could have ended an album like this one.

This album is a classic example of a band in a transitional phase. For that reason alone, I find it a fascinating album to study. Not every track on this album is a winner. But even the duds still showcase some interesting ideas. Even so, the good tracks are VERY GOOD. If you’ve followed along with my other RHCP reviews, it’s interesting to see the band grow album by album. Mother’s Milk is the puzzle piece that perfectly ties the classic RHCP era to the mainstream success brought by Blood Sugar Sex Magik.

When listening to albums, I always suggest enjoying them on a nice Hi-Fi stereo system, or on a portable device with a good pair of headphones. When listening to classic records like this, I prefer the original release to many of the “remastered” editions. Often times, remasters are overly loud and actually contain a lower level of quality than the original album. The 2003 remaster of this record suffers from this problem. However, it’s worth noting that the remaster also features a few demos and alternate versions that might be interesting to hardcore Chili Peppers fans.

When listening to a record, always listen from start to finish. Unlike pop albums, many good rock records are sequenced in a certain order. Some songs tend to be more enjoyable when following the song preceding them. That’s not particularly true with this album, but that’s still my general practice. To me, this album is best enjoyed while engaging in some other activity. Put the record on while you’re driving, or doing house work. Let it play in the background. Listen it to a few times. As I’ve said many times before, some records need to grow on you. This is a fine example of one of those records. If it doesn’t strike a chord with you at first, give it a few more listens, your opinion may change. No matter what you think about this particular album, it’s certainly not boring.