It feels like the release of Endwalker was just yesterday. But in reality, it’s been several months since FFXIV’s latest expansion. And as usual SE has been busy working on new content for fans to enjoy. Now, if you’ve been paying attention to everything going on in the world of Final Fantasy XIV, you might be wondering what new content is included in this latest patch. After all, Endwalker served as the end of the original FFXIV storyline. Well don’t worry, the original story might be complete but this patch is chock full of; Newfound Adventure.

As expected, this patch contains all of the typical fare:

But there’s also plenty of big changes included as well: 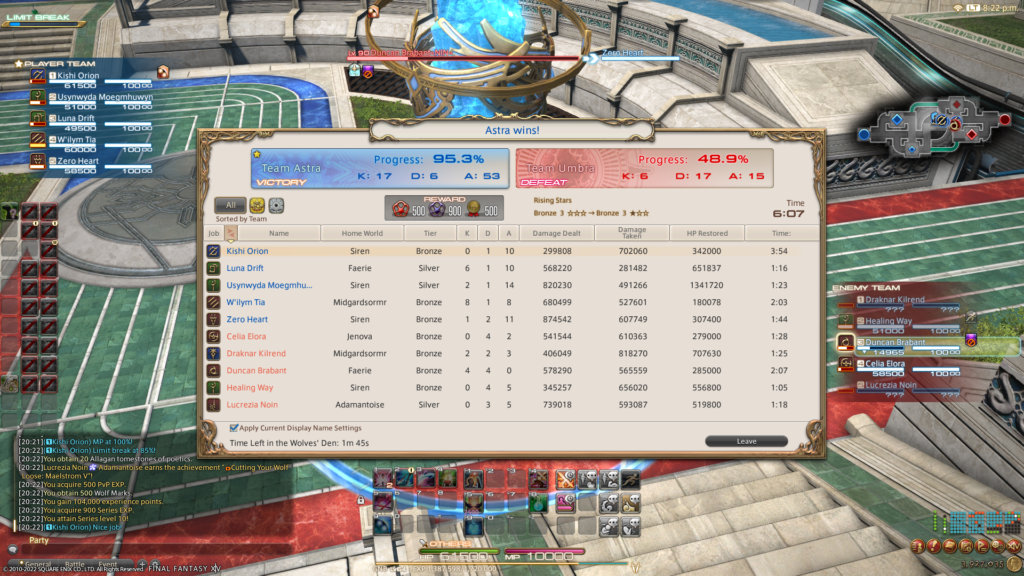 Before I dive into my thoughts on the bulk of the content included in this patch, let take a moment to talk about the new PVP system. PVP in FFXIV is something that’s always been a bit cold with me. I’ve participated in it to varying degrees ever since it was introduced. But honestly speaking, I’ve never really liked it. When PVP was originally introduced it was a hot mess of confusion and elitism. Being a WHM main, I thought bringing my healing skills into the PVP scene would be very beneficial to others on my team. That might have been true if was able to survive for more than three seconds at a time… I learned very quickly that being a healer in PVP was an immediate death sentence. This was true to the point that it was almost impossible to do anything whatsoever when playing PVP as a healer. Alongside that frustration, player toxicity in PVP was rampant. (So much so, that SE had to remove regular chat features from all PVP content). Eventually as time went on, SE refined PVP (removed skills, simplified options, etc). But still, it just didn’t click for me. I participated in it during the original GARO event and would occasionally dip in for Wonderous Tales – but that was it.

Now SE has revamped PVP again and introduced a new PVP mode: The Crystalline Conflict. And… I like it! This new mode is fast paced, easy to understand, and surprisingly well balanced. On top of that, there’s a new ranking system to help pair up players of similar skill. I’ve had a blast playing this new content and I recommend it to anyone who has shied away from PVP in the past. 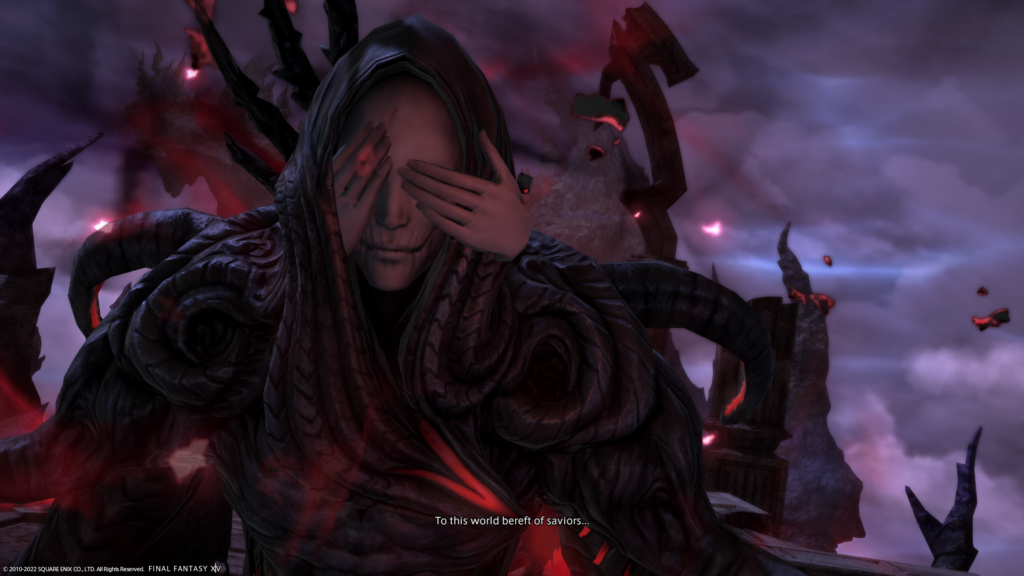 On to other things… I was curious to see just what direction SE was going to take the storyline now that all of the old loose ends were finally tied up. The future of FFXIV was hinted at very heavily in the final cutscene of Endwalker. And I’ve not been disappointed. The new questline focuses on the player exploring a rumored undersea location in pursuit of treasure – very simple. No end of the world stuff, no epic battle between good and evil. Just a good old-fashioned treasure hunt. Of course, it doesn’t take long for this to unravel into something much more serious. Still, it’s nice to see the story headed in a new direction. The new main scenario content is pretty short so far. But I’m already looking forward to seeing where it goes in future updates.

For me, the most interesting content in this patch isn’t the main scenario but the new sidequests. I don’t want to spoil too much, but I will say that the new sidequest content storyline finally sheds on light on a long forgotten element of FFXIV lore. It’s something that I’ve long felt was overlooked by the developers and I’m glad its finally been given the spotlight. Again, I’d say more but I don’t want to ruin anything.

Speaking of sidequests, those of you clamoring for more Hildebrand content are in luck! (Sort of). It’s not implemented yet, but new Hildebrand quests are coming before the release of 6.2. I’ll touch on this more when I discuss the 6.2 at a later date.

The thing that I like most about this patch is the fact that SE seems to be taking this “end of the story” downtime to fix some deep-rooted problems: namely PVP, housing issues, and legacy content. The introduction of the Trust system into legacy content is a BIG endeavor. One that is requiring them to rethink and redo a vast amount of older content. It’s a huge undertaking, but one that I think is really going to pay off in the end.

FFXIV is bigger than ever and now is a GREAT time to get into the game if you’ve been thinking about seeing what all the fuss is about. If this patch is an example of things to come, the future of FFXIV is bright indeed.