Kamigawa: Neon Dynasty is the latest MTG expansion to hit game stores. Even though it’s actually been out for a little over two months, I wanted to take my time and really explore the set and its mechanics before sharing my thoughts. Well, I’ve had plenty of time to do that and I’m ready to take a deep look into everything this set has to offer.

Before I get started, I want to take a moment to discuss the lore behind this expansion. Kamigawa is a plane that was originally introduced with the 2004 set Champions of Kamigawa. This set was heavily influenced by feudal Japan and was popular among fans for it’s beautiful Asian-style artwork. However, the set’s mechanics proved to be cumbersome and it was overall poorly received. In the years since, Kamigawa has been largely forgotten by MTG fans. Perhaps, that’s why the majority of MTG players were shocked to learn that Kamigawa was coming back to gaming tables after almost two decades. But wait! There’s some pretty big changes this time around. For starters, the storyline of Kamigawa: Neon Dynasty takes place more than 1,200 years after the events of the original expansion. Many of the of plane’s traditional elements are still present, but a new futuristic cyber-punk element has also been introduced. This evolution in age makes a perfect excuse to revamp the aesthetic and introduce new elements to the plane’s lore. Yes, Kamigawa is still the home to samurai and ninjas. But now there’s also mechs and anime-styled characters.

My first experience with this set came from a draft at my local game store. Sadly, my initial impressions were not that good. Perhaps it was just luck of the draw, or maybe it was some of the over-competitive people at my table, but I was unable to build a decent deck or formulate a strategy using the mechanics of this new set. Yes, I ended up with some decent cards. But nothing seemed to click and I had a pretty rough time. It wasn’t until my wife bought a prebuilt Kamigawa Commander deck a few weeks later that I was able to finally wrap my head around what this set has to offer. So with that in mind, let’s take a look at some of the mechanics Kamigawa brings to the table:

Ninjutsu – This is an older mechanic that hasn’t been seen in play for a long time. This allows you to trade an existing unblocked attacker with a Ninjutsu card from your hand. The general idea is to sneak a creature with Ninjutsu into play, thus turning the tables on your opponent.

Sagas – We’ve seen these a lot in recent expansions. They’ve become a fan favorite and fit in really well with the lore of Kamigawa.

Channel – Here’s one I haven’t seen much. Channel allows you discard a card (usually a special land) in exchange for a specific effect.

Modified:  This is supposed to be one of the big selling points for the expansion. Modified allows you to enhance creatures in your deck. You can equip them with various enhancements or auras. Ok… but how is this new? Haven’t we been essentially doing this forever. I guess they’ve decided to give it an official name?

Reconfigure:  This is an interesting one. Reconfigure sort of goes hand-in-hand with Modified. Artifact Creatures with Reconfigure can attach or un-attach as equipment to other creatures.

Compared to other recent sets, Kamigawa is a bit of a one-trick pony. The big gimmick here (aside from the lore and artwork) is creature enhancement. It took me a little time to wrap my head around how best to implement the new mechanics and build a deck that takes full advantage of them. Personally, I’ve had the best luck by making decks with only cards from Kamigawa and not really worrying about introducing cards from other sets. But I’m still open to experimenting with mechanics from other recent sets. Recently, my wife bought me the Kamigawa collector’s set. I’ve not really had a chance to sort through my new acquisitions yet, but I can’t wait to see what cool strategies I am able to come up with!

Overall, I think the set is fun and certainly has potential to blend well with other upcoming expansions. But personally, my favorite part of the whole set is the artwork and lore. Not the gameplay mechanics. In fact, I like it so much I wish it was available in some other medium. Manga or anime perhaps? Heck, I would love to see WotC cross Kamigawa over to D&D! It’s been a while since Oriental Adventures, maybe a 1,200 year time-jump is the secret ingredient to reintroduce that setting. Wishful thinking, I know. 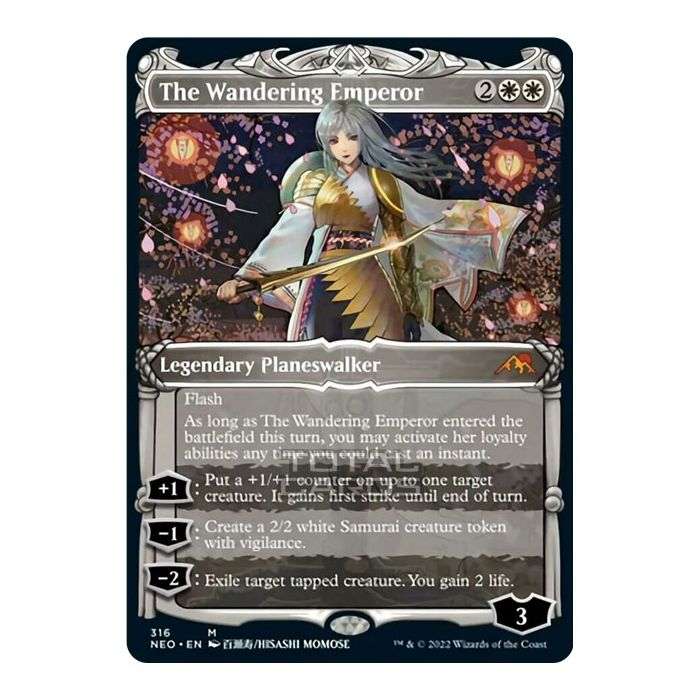