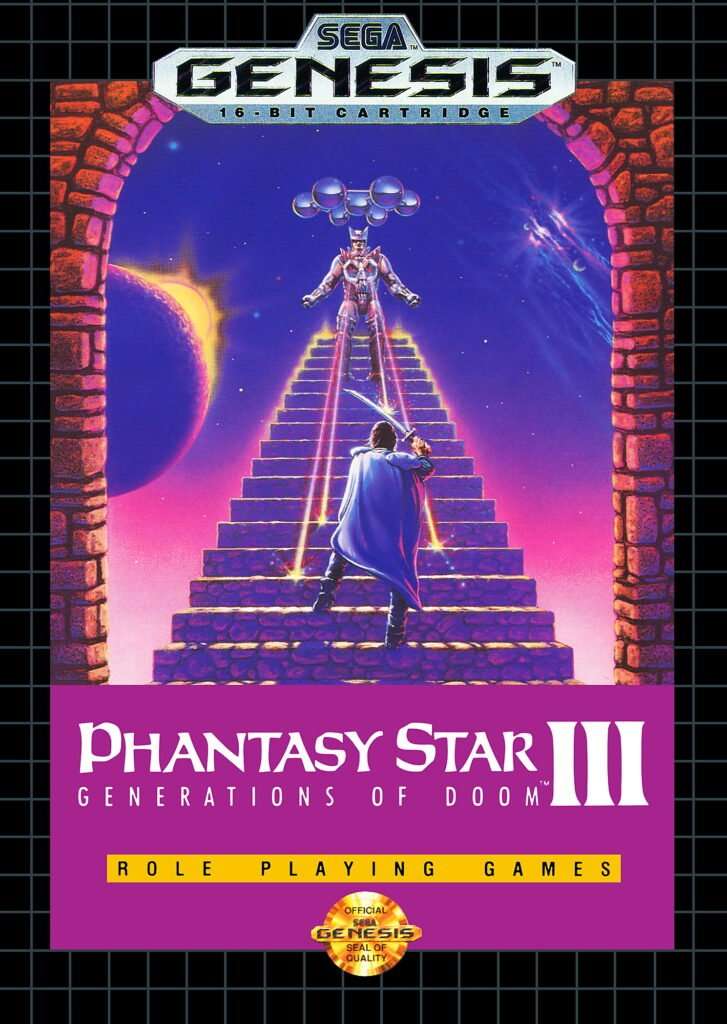 One of the great things about playing through my backlog is getting to sit down with games that I’ve never experienced before. Every now and then, I come across a game that doesn’t really capture my attention. But for the most part, a majority of the titles I review turn out to be pretty good. This was certainly the case with the first Phantasy Star game. I never owned a Sega system growing up. So, the Phantasy Star series didn’t land on my radar when I was younger. But as time went on, the name “Phantasy Star” kept popping up any time I’d talk to friends about RPGs.  So, when compiling games to play and review for this site, I made sure Phantasy Star was on the list. To date, I’ve played the first two titles in the series and absolutely loved them. Everything about those games pushed all the right buttons for me. Classic JRPG elements, catchy music, and anime artwork, they were perfect! So, it was with much anticipation that I moved on to the third chapter in the series; Phantasy Star III: Generations of Doom.

Before diving into my thoughts on the game itself, I will take a moment to discuss the best way for players to enjoy this game today. While it was originally released on the Genesis in 1991, Phantasy Star III has been made available on a number of platforms over the years. It was included as part of the Phantasy Star Collection for the Game Boy Advance and was even available on the Wii’s Virtual Console. But, the easiest way to enjoy the game today is through the Sega Genesis Classics collection which is available on almost every modern system. For this review, I played PSIII using the Steam version of the Sega Classics Collection. The Steam release of this collection is great because it offers mods via the Steam workshop. For some games (like Phantasy Star II) these mods can really enhance the gameplay. In the case of Phantasy Star III, I didn’t really see any mods that added anything of value. In fact, most of what was available were simple cheat hacks or major conversions to the base game – things I didn’t want to mess with. So, for this review, I simply played the game in its original form. 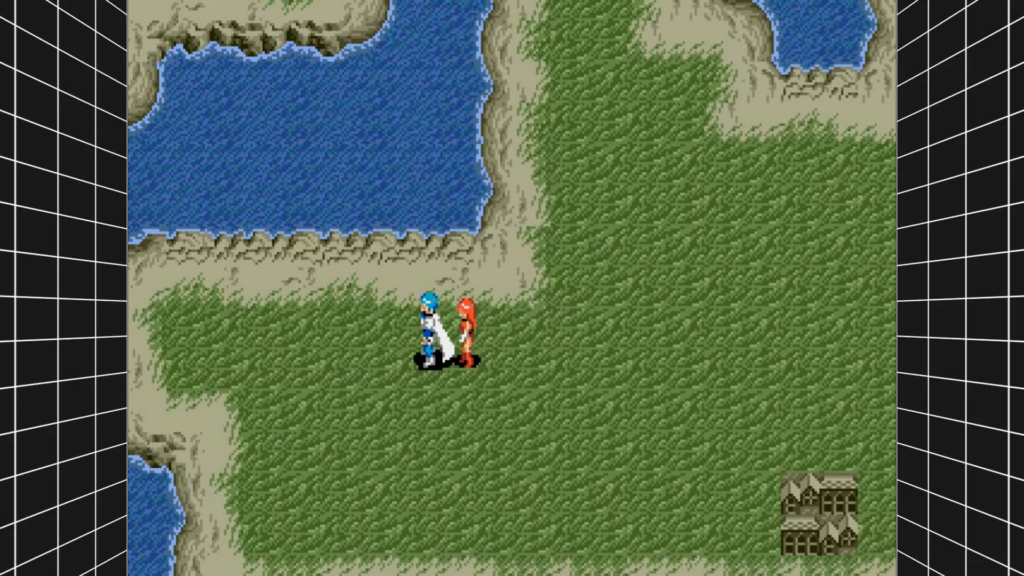 Now, if you’ve played Phantasy Star II, you know that game ended with a major cliffhanger. I couldn’t wait to fire up this next chapter and see just what happened to Rolf and all of his companions. Well, guess what? I still have no idea. Phantasy Star III doesn’t pick up where the previous game left off. Instead, it takes place about two-thousand years after the events of Phantasy Star II. (Although this isn’t really made clear until much later in the game.) Instead, we are introduced to the character of Rhys, prince of a kingdom called Landen. Shortly before the events of the game, Rhys found a mysterious young lady, Maia, washed up on the beach. After nursing her back to health, Rhys fell in love with the maiden. The game begins on the day Rhys and Maia are to be wed. However, during the wedding ceremony, Maia is abducted by a creature from a rival kingdom. Naturally, Rhys is enraged by the abduction of his bride-to-be and sets off in search of her. This is where the game really begins. As Rhys sets out on his journey he will team up with other other characters (including an old girlfriend, Lena) and slowly uncover the truth about both his ancestry and the long forgotten history of his people. These shocking revelations may very well influence his decision to proceed to with his marriage to Lady Maia…

Phantasy Star III is divided into three chapters (or generations). The first generation focuses on the story outlined above. However, once the player reaches the end of this first chapter, they are faced with a choice: marry Maia as originally intended or marry Lena. This decision is not to be made lightly! Because the bride you choose directly effects the next chapter of the game. 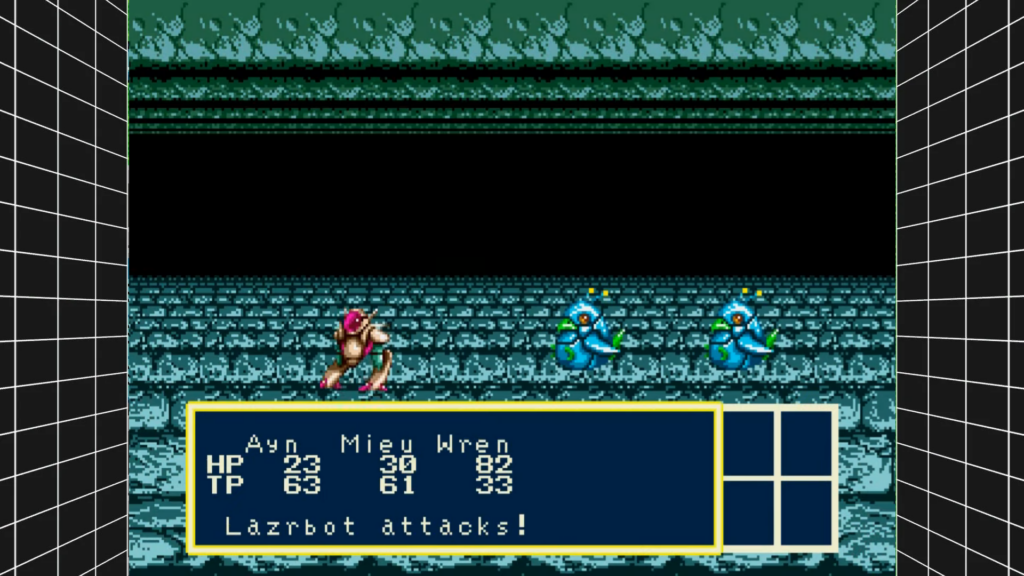 It should be obvious by reading the breakdown above that there’s some pretty serious stuff going on in terms of lore and decision-making with this game. To say that the whole marriage/offspring system was revolutionary when this game was released is an understatement. The concept was something entirely new and it really makes this game stand out among all of the other competition of the time. Not only that, but all of these potential lead characters (each with their own story) really adds some serious re-playability to this title. Sadly, there’s really about all that this game has going for it.

Aside from interesting new gameplay mechanics and an epic storyline, there’s not much else about Phantasy Star III that really shines. The graphics are a major step down from previous entries in the series. This is especially true in the overworld presentation and in combat. The colorful anime character sprites have been replaced with drab-looking pixels that seem like they were ripped straight out of an 8-bit era title. Combat in this game is less engaging than what was seen in either of the previous titles. There’s an auto-combat feature front and center. But sometimes, it really makes bone-headed decisions. The option to manually assign attacks is there. But it’s icon-driven and not very intuitive. Finally, the music in this game isn’t nearly as catchy as what is found in previous games. It’s not bad per se, but it doesn’t compete with other entries in the series.

I can really appreciate what the developers were aiming for in this entry. The generational concept and the storyline are both fantastic – Grade A stuff! But on other side of the coin, the rest of the game feels very much like B or even C-grade material. The end result is a very mixed bag.

After spending the last month playing through this game multiple times and trying out all of the various characters, I’m left with a bit of a quandary. On its own, Phantasy Star III provides a pretty solid RPG experience. But it does suffer from a number of flaws. When compared to other RPGs of the age (and even previous games in the series), there’s not really enough good things to say about the game to make me want to recommend it to just anyone. I think fans of Phantasy Star in general should certainly give this game a look. But to anyone else, this one is a little tough to swallow. 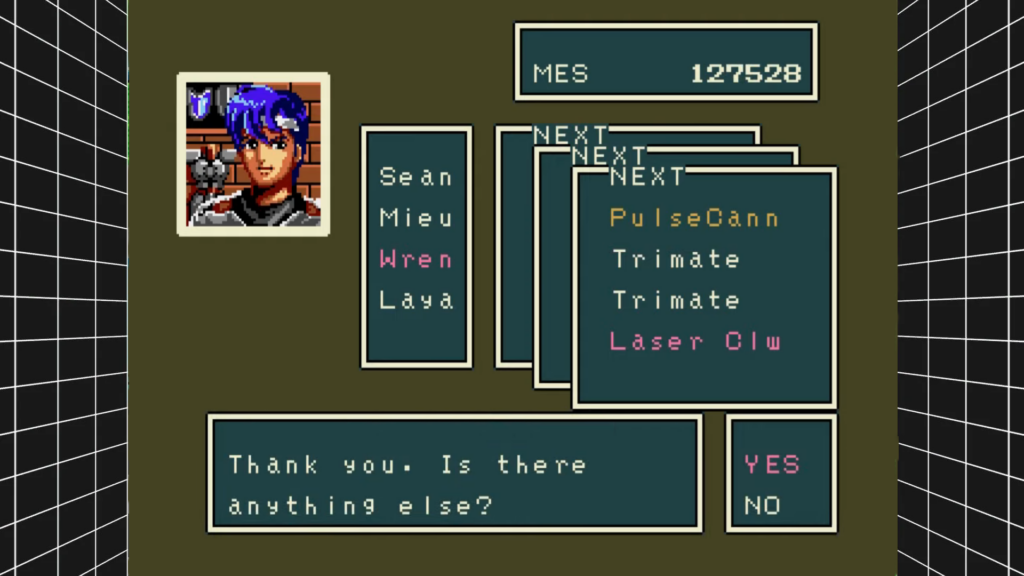 Difficulty: Medium –  As far as JRPGs go, this game sits right in the middle of the road in terms of difficulty. It’s certainly easier than Phantasy Star II, but it does have its share of challenges. As an RPG most of the challenge can be eliminated by level grinding and frequent saving. But even if you don’t rely on these tactics, it’s still not exceeding difficult.

Story: At first, the scenario presented seems very much like a standalone game. But as things progress, the ties to previous entries in the series do become apparent. It feels like Sega’s goal with the Phantasy Star series is to paint a broad picture of a fictional galactic history instead of following the story of individual heroes. If that’s the case, I’m good with it. It’s certainly unique and it’s very well done. The story in this game unfolds at an acceptable pace and is filled with all of the sci-fi fantasy that the series is famous for. The story is probably the one saving grace of the game.

Originality: The roots of this game follow the tried-and-true JRPG formula; grind levels, recruit characters, buy gear, and fight evil monsters. There’s not much in the basic gameplay that’s new. The exception to this is, of course, the generation system. Even though this is really nothing more than a novel way to tell a branching version of the game story, it comes off feeling pretty cool and unique.

Soundtrack: The music in this game pales in comparison to the previous games in the Phantasy Star series. As the game goes on there are a few pretty solid tunes. But the majority of the soundtrack just didn’t do much for me.

Fun: If you’re a die-hard JPRPG fan, this game should do a decent job of scratching that retro itch. That being said, there’s not much here that hasn’t been done before and done better. I had a decent time playing this game. But I don’t think I will ever be compelled to sit down with it again.

Graphics: I’m not sure what happened here. But a large portion of this game feels like an old 8-bit title. Some of the boss sprites occasionally look pretty impressive. But overall, this game looks bland and boring.

Playcontrol: Fair warning here – I’ve never played this game on its native hardware. So I have no idea how it may feel with a SEGA controller in your hand. I played using both an Xbox One and Switch Pro controller on my PC and encountered no issues whatsoever. The game controls were responsive and accurate no matter what hardware I used. The battle UI on the other hand is pretty convoluted and can be hard to navigate at first. But you do get the hang of it after a while.

Value: Your best bet for playing this game is by getting a copy of the Sega Genesis Classics collection. This collections sells at full price for $30 but can often be found on sale for considerably less. For this price you not only get Phantasy Star III, but a slew of other classic Sega titles. If you’re looking for a copy of the original Genesis release, be prepared to pay over $50.00 for a used copy.

Overall score (1-100): 70 – I really don’t know what to say about this game. There’s some good qualities to it but there’s also plenty of things to complain about. I feel like if this game had been given just a little more attention and polish, it could easily have been a gem. Instead, we are left a curious looking stone that isn’t entirely ugly, but also not pretty enough to capture your attention at a glance. Still, if you’re a fan of Phantasy Star, this is a game that’s probably worthy of your attention even with all of its imperfections.