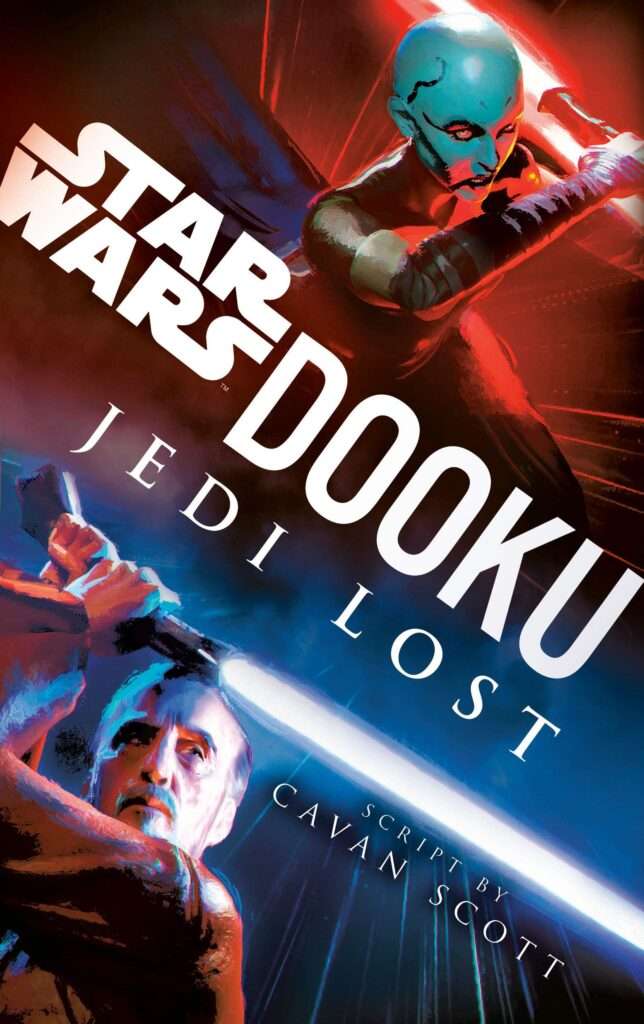 After a bit of a break, I’m back with another Star Wars book review. Well sort of… Dooku: Jedi Lost isn’t actually a book, per se. Yes, you can purchase it in paperback form. But what you’d be buying isn’t actually a novel. Instead, it would be a transcript of an audio drama. (Which is the proper form of this release.) For whatever reason, when finally revealing the backstory for the infamous Count Dooku, Disney decided it would be best to do so in the form of an audio drama instead of a standard novel. For those of you who are not aware, an audio drama is quite different than an audio book. An audio book is typically nothing more than a verbal dictation of an existing novel. This is usually done by one reader.  An audio drama, on the other hand, is more like an old-fashioned radio show. Each character is portrayed by a different voice actor and the story usually contains various audio effects (the sound of doors closing, footsteps, vehicles, etc). I don’t have anything against this type of medium. But, it’s not exactly typical. As I mentioned earlier, a print version of this story does exist. But it is presented almost like a movie script instead of being written like a normal book. Normally, I’d probably be inclined to skip over a release of this type. But, to finally learn the canon backstory of Count Dooku is just too interesting to pass up. So, I bit the bullet and decided to give this story a listen.

First things first, I want to mention that the production of the audio drama is nothing short of stellar. It’s high quality audio with excellent voice acting. My only real complaint about the production is the fact that the actor portraying Dooku doesn’t sound anything like Christopher Lee. At first I thought that maybe this was simply because the majority of the story takes place during the character’s youth. But even towards the end of the story, when Dooku is an adult, it still doesn’t sound anything like him. But, all things considered, this is a rather minor issue.

The drama recounts Dooku’s life as a Jedi. It starts when he is just a youngling and follows him all the way through to his time as a Jedi Master. But instead of being told as a simple chronological tale, Dooku’s life is presented in a series of journal entries that are being listened to by Asajj Ventress. This “present day” portion of the story takes place during the Clone Wars. Dooku has assigned Ventress to the special task of locating his sister. To do so, he allows Ventress access to his Jedi-era diaries. The story itself is masterfully told and answers many long-held questions about Dooku’s time as a Jedi Knight, his status as “Count”, and why he left the Jedi order.

Some of the highlights of this story include Dooku’s interactions with Ventress and the inclusion on a young Qui Gon Jinn. There’s also appearances by a few other fan favorite characters like Rael Averross and Ky Nerec. The contents of this story tie-in pretty closely with both Dark Disciple and Master & Apprentice. Fans of those stories will surely not want to miss the events of this tale.

I didn’t mind the audio format. But personally, I think I’d still very much prefer a proper novelization or maybe even a graphic novel re-telling of this tale. Still, despite the odd format of the story, this is one that easily recommendable.

Story: Excellent details and pacing. It’s fun to see the Jedi order from a youngling’s perspective. Certain elements of the story reminded quite a bit of Hogwarts from Harry Potter. The story covers all of the pertinent details of Count Dooku’s life.

Recommended: For all Star Wars fans, especially those who love the prequel-era.