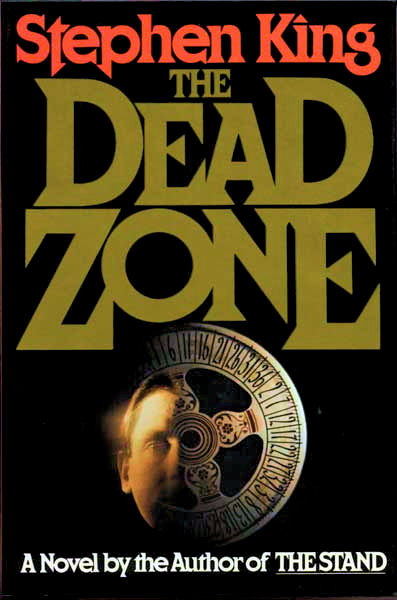 I feel sort of bad for pushing all my other books aside to go on a Stephen King binge. But honestly, I can’t say I really regret it. His novels are nothing short of addicting. Today, I’m going to focus on the fan-favorite The Dead Zone.

As a teenager, I read a number of King’s earliest works. But this is one novel that I never managed to sit down with until now. The story focuses on the character of Johnny Smith, a high-school teacher that falls into a five-year long coma after a terrible car accident. When he awakens, Johnny discovers that he has the ability to touch people or objects and have clairvoyant visions about whatever he has touched. At first, this ability seems a bit trivial and Johnny is hesitant to use it. But eventually, he decides use his talent to help police track down a serial killer. As with any Stephen King novel, there’s much more to the story than what I’ve mentioned in the summary above. But those details are best left for the reader to discover.

After King’s last big novel, The Stand, this book feels like a much lighter read. I know I certainly blew through it in record time. And, while it might not be as cerebral as The Stand, it’s still a fantastic read. The premise is nothing short of fascinating and the way King manages to weave this fantastic ability into the affairs of the real world is absolutely masterful. This is one that I could easily recommend to someone who has never read a King book before. It’s just that approachable.

There’s so much that I could say about this book. But I try to keep my book reviews short and sweet. I prefer to take an at-a-glance approach when discussing novels instead of a detailed dissection. But just trust me when I say that this one is very much worth your attention.

For reasons that I won’t mention. It’s unlikely that we will ever see a sequel to this book. Which is actually a bit of a shame. I think the idea of seeing Johnny use his abilities to crack various cases could be intriguing. And I guess I’m not alone in this assessment, since there was a television show of the same name that explored that very concept. Still, the book is way better than the show ever was and this is one that I highly recommend to just about everyone.

Story: Well written and intriguing. The characters are interesting and the plot is exceptional. This is an example of prime Stephen King.