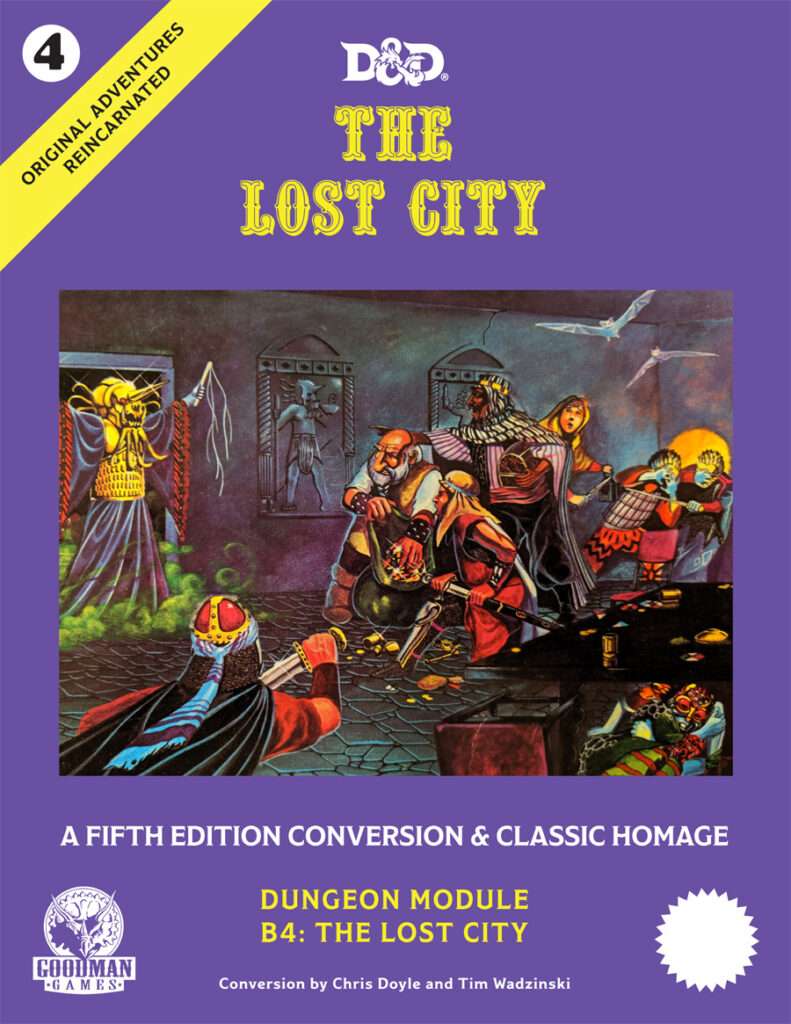 It’s no secret that I love classic D&D. And, for what it’s worth, I think Goodman Games’ line of Original Adventures Reincarnated is some of the best content available for fifth edition. To date, I’ve discussed the first three releases in this line and each one has been an absolute masterpiece. Today, I’m going to take a look at the fourth release under the OAR banner, The Lost City.

This time around, instead of going with a module that was either bundled with a boxed set or presented at a classic tournament, Goodman Games decided to give us a conversion of a retail adventure. But of course, the adventure they picked is anything but standard. The Lost City was originally published in 1982 as a stand-alone module for use with the original D&D Basic Set. It focuses on a vast subterranean city in the middle of a desert. The city has long been lost to antiquity but still houses members of a forgotten civilization. One of the main focal-points of the adventure is a mega-dungeon set inside of an  Egyptian-style pyramid.

When originally released, the module provided a detailed look at the top-half of the pyramid but only provided basic details and conceptual ideas for the remaining chambers. This was done on purpose as the idea behind the module was to help fledgling DMs with their dungeoncraft. But, as you might except with an OAR release, the new conversion takes the liberty of filling in all of the pieces that original module left blank.

The book itself follows the format that has now become standard with these release. The first section of the book contains the original module, untouched from its classic 1982 release – along with a retrospective and insightful commentary. Next up is the 5E conversion. The 5E rendition of the module is very faithful to the original release. But more information is provided on the city of Cynidicea and the people that live there. Lots of this information is sourced from Mike Mearls’ article Mystara: Return to the Lost City from Dragon Magazine #315.

As I mentioned, the parts of this adventure that detail the upper pyramid are extremely faithful to the original release. But, this time around we are also provided with full details of the lower pyramid as well. Now, for those players and DMs that are quick to dismiss this new material as “fan fiction”, let me mention that these details were originally sketched out by Tom Moldvey himself (the author of the original Lost City). So, there’s quite a bit of credibility in this new material.

The rest of the book includes expansions on material that was only glossed over in the original adventure; the contents of the city, details of the Goblin Caves, and a fully fleshed-out Lower Catacombs. Imagine, if you will, that one of the greatest DMs back in 1982 took his personal expansion to The Lost City and bundled it all up in one official package – that’s what you’re getting with this book. There are literally hours and hours of new gameplay included here, and it is done with professional detail.

The book itself is of amazing quality. The binding is tight, there’s a ribbon bookmark, and I found no glaring errors or typos. It seems like Goodman Games has finally purged themselves of some of the quality control issues that plagued their earlier releases.

If you’re a DM that wants to bring some old-school action to your 5E campaign, you simply can’t go wrong with this release. These classic conversions just keep getting better and better. In fact, daresay the quality of this book rivals that of what WotC themselves is producing these days.

The Lost City is available on Amazon and most retail bookstores where D&D material is sold. 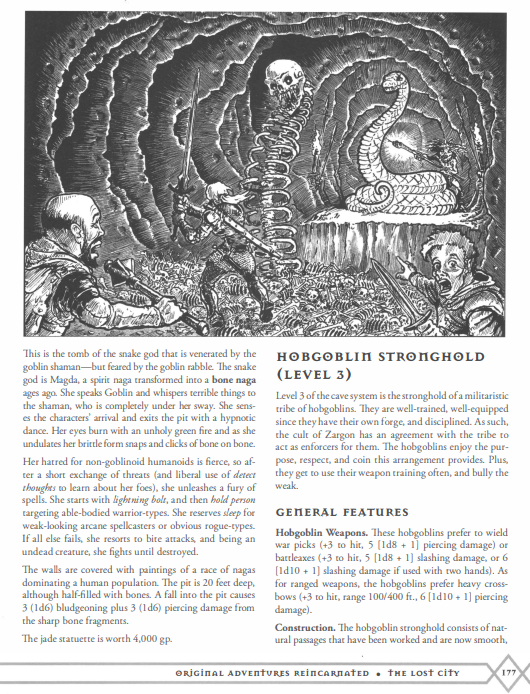