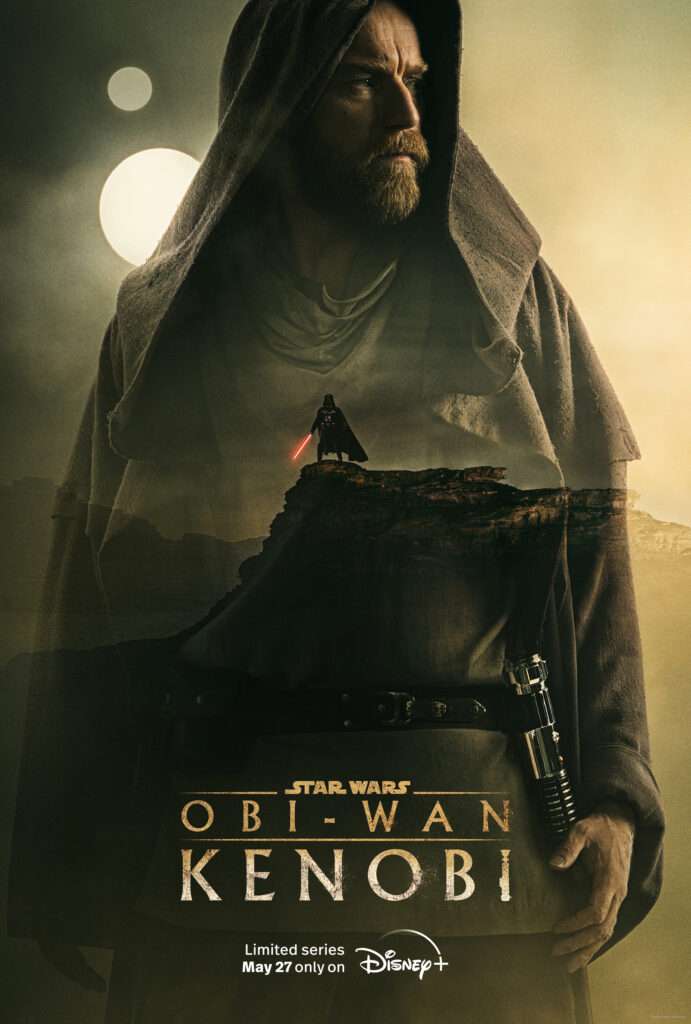 Of all the Star Wars shows that have aired on Disney+ thus far, Obi-Wan Kenobi is the one that I was most excited for. Unlike the Mandalorian or Boba Fett, Obi-Wan is not a secondary character. His story is a big part of the Star Wars saga. Ever since I was a child, he’s been one of my favorite characters. For decades, I’ve wondered what his life in exile on Tatooine was like, and now, thanks to Disney+, I finally get to find out.

Enough time has passed since the series ended, so I feel comfortable discussing the events that took place in the show. That means the paragraphs to follow are going to be very spoiler heavy. If you haven’t watched this show yet, it’s probably a good idea to stop reading now. You’ve been warned.

The Obi-Wan Kenobi series takes place about ten years after the events of Episode III. At this point, the Empire is a decade old. The Imperial grip on the galaxy is all but complete. And while the Emperor’s cruel ways are starting to be noticed by a large portion of the galactic population, a true rebellion has not yet come to fruition. Much of the lore that originated in Star Wars Rebels bleeds over into this series. The Imperial Inquisitors (Jedi hunters) that were introduced in that show are a big part of the Obi-Wan storyline.

The main focus of the series is the story of Reva, a lesser-ranking Inquisitor who hopes to win favor with Darth Vader by capturing Obi-Wan. Over the course of the show, it is revealed that Reva was once a Jedi youngling. She was present at the temple during Order 66 and personally saw Darth Vader while he and his troops executed a number of Jedi. After identifying Darth Vader as Anakin Skywalker, she feigned death and managed to escape the temple. After being re-discovered by the Empire, she was eventually initiated into the Inquisitorius.

At first, Reva’s intense desire to hunt down Obi-Wan seems a bit unusual. It is later revealed that her ultimate goal is get revenge on Vader by getting close enough to slay him. She believes that by delivering Obi-Wan to Vader, the opportunity to execute her revenge will be made possible.

All of what I’ve mentioned above is slowly revealed over the course of the series. When the show first starts, it mainly focuses on Obi-Wan’s day-to-day life on Tatooine. It seems that the years have not been kind of Obi-Wan. He’s struggled with the fall of the Jedi Order and to a large degree, he’s lost touch with the force. At this point, the show pivots its attention to the early life of Leia Organa. I found this shift to be very surprising. I suppose I expected the series to focus a little attention on Luke, considering that fact that Obi-Wan was on Tatooine solely to watch over the boy. So seeing a young Leia on the screen was a bit of a jolt. But, this unexpected move turned out to be an excellent twist.

To keep this article short, I’ll summarize what happens next; Leia is kidnapped by a group of thugs that were hired by Reva. Knowing Obi-Wan’s prior friendship with the Organa family, Reva rightfully expects that the Organa family will turn to Obi-Wan for help. Her plan works. Reluctantly, Obi-Wan leaves Tatooine and sets out to find and rescue Leia. After locating her, the two are ambushed by Reva and her Imperial goons. It is at this point in the show that fans are treated to a sight they’ve longed for since the end of the prequel-era: an Obi-Wan and Vader rematch! I won’t go over every nuance about the fight itself. But trust me, it is nothing short of amazing. The cinemaphotography alone is a sight to behold.

At first, many people wondered just how Disney would pull this off. After all, wasn’t their fight in Episode IV supposed to be the first time the two had crossed paths since Revenge of the Sith? The answer is no. And please be mindful, this isn’t a retcon. If you’ve paid close attention to the original trilogy, there’s a number of clues that back this up. First of all, in Return of the Jedi, after Luke tries to convince Vader to come back to the light side of the force, Vader tells him, “Obi-Wan once thought as you do”. Oh yeah? When did that happen? Because we sure didn’t see that conversation in Revenge of the Sith. Also, in Episode IV, Obi-Wan described Vader as being “more machine than man”. Well, how would he know that? After all, as far as Obi-Wan was concerned, Anakin/Vader was left of dead at the end of Episode III. The Obi-Wan Kenobi series is the missing piece of this puzzle.

As has always been the case with any Star Wars release since original trilogy, fans found plenty to complain about. This time, one of the biggest targets was the character of Reva. In the early episodes of the show, the actress portraying Reva seems to give a pretty lackluster performance. Many viewers, myself included, seems to feel like she was over-acting. Her dialogue delivery seemed corny and unusually intense. In fact, certain scenes were almost cringeworthy. But, by the end of the show, I found my opinion on her had changed. With the revelation that the character of Reva was ultimately “playing a part” in order to get close to Vader, her “over-acting” actually started to make sense to me. Was this actually the intention of the director and the actress? Who can really say. But at the end of the day, it all worked.

Fans expected this show to fill in a number of gaps that have always existed between the prequel movies and the original trilogy. The series manages to do that. But it did so in ways that many fans (including myself) didn’t anticipate. For example, the heavy focus on Leia and the presentation of a weak and vulnerable Kenobi – all of these were plot points that took fans by surprise. As you might expect, a number of fans took issue with this. But honestly speaking, I think that throwing fans a curveball is a brilliant move by Disney. It reminds viewers that not everything always works out as anticipated. Plus, a film or a series without surprises just doesn’t make much sense. For whatever my opinion is worth, I found Obi-Wan Kenobi to exceed my expectation. To me, this series is a crucial part of the Star Wars story.