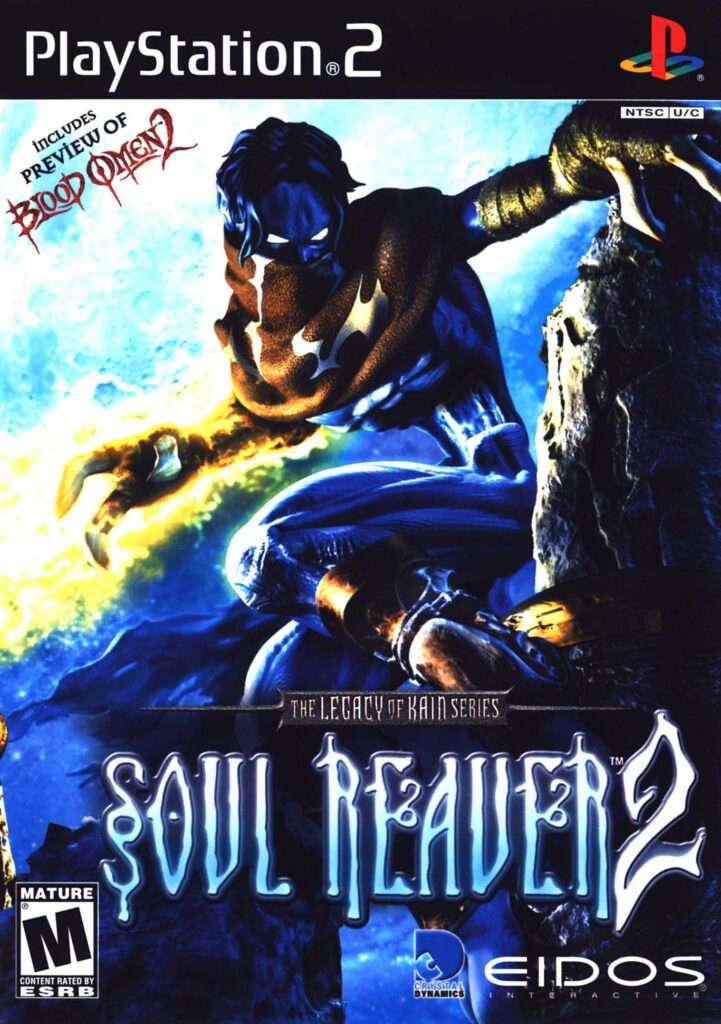 Chugging onward through my backlog, I’ve finally reached the next chapter in the Legacy of Kain series, Soul Reaver 2. To date, my opinion of the games in this series has been pretty varied. If I’m being honest, I didn’t care for Blood Omen, at all. The next game, Soul Reaver, fared a little better. But it still didn’t capture my attention the way many other games do. Still, I felt compelled to see where the series was headed, so I’ve spent the last week diving into Soul Reaver 2. Soul Reaver 2 was originally released on the Playstation 2. A PC version of the game followed shortly thereafter. Today, it’s much easier to get ahold of the PC version. It’s available on Steam and other online stores. But, I honestly feel that this game was designed with the PS2 in mind. Not to mention that the original console release also includes a bunch of neat extras (soundtrack, voice acting outtakes, etc). So, for my review, I did fire up the original PS2 release of the game. Soul Reaver 2 takes place immediately after the previous title. In fact, the opening cutscene for this game picks up right where the first Soul Reaver game leaves off. Raziel chases the vampire Kain through a time portal that leads into the past. However, instead of emerging at some point in history, Raziel finds that he has been intercepted by an individual known as Moebius. Moebius explains that it is Raziel’s destiny to defeat Kain once and for all. He offers to provide Raziel with the knowledge and power to do that. Fueled with a sense of purpose, Raziel continues his journey to the past. However, once he finally confronts Kain, he learns that things may not be quite what they seem. Ultimately, Raziel must make a choice, obey the commands of Moebius or align himself with Kain. 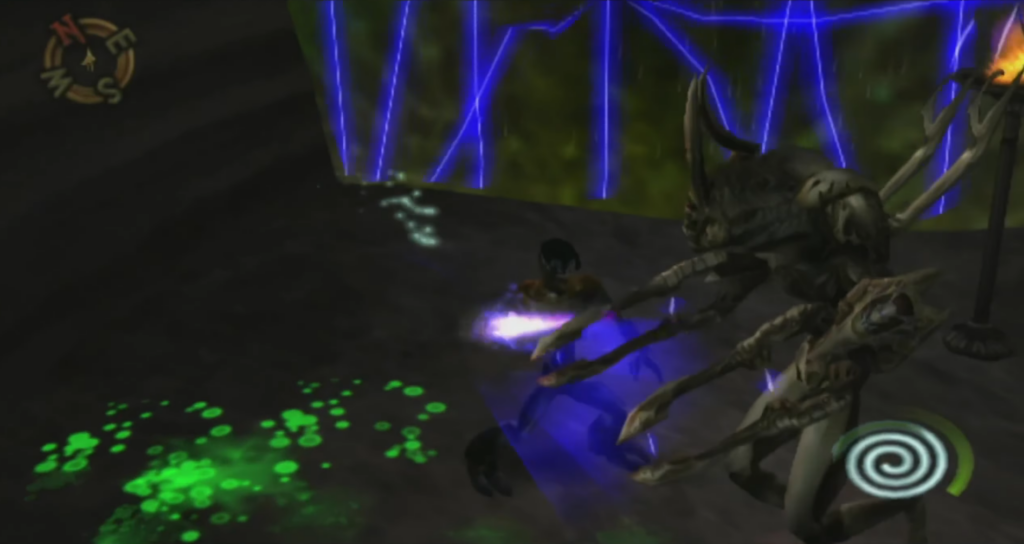 As you may be able to tell from the set-up above, Soul Reaver 2 is a very story-heavy game. Of course, this has also been the case with the other games in the series. But I daresay this entry takes it to the next level. In fact, there’s almost two whole hours of the cutscenes scattered over the course of the entire game. I know that when compared to many RPGs, two hours worth of cutscenes isn’t really that much. But keep in mind that this isn’t an RPG. It’s an action game. And while I’m not one to complain about the frequency of cutscenes, in this title they do seem to interrupt the flow of the game just a bit. Still, I’m not really complaining. But it is something that action-focused gamers may find a bit annoying. As was the case with the first Soul Reaver title, this game is presented in a third-person view. Anyone familiar with the first game will feel right at home with this title. Many of the gameplay elements are identical. You play as Raziel as he explores various environments, often hacking your way through enemies. All of the gimmicks from the last game are still present; consuming souls to restore health, impaling enemies on stakes, etc. This time around, however, a number of improvements have been made to the combat system. Raziel is now able to strafe around and attack while focusing on a specific enemy. In many ways, these tweaks are leaps and bounds better than what was seen in the previous game. But in a weird way, this also takes away of a bit of the challenge. Of course, the fact that Raziel can also now use the soul reaver blade indiscriminately also makes much of the combat in this game ridiculously easy. This is true even though enemies slain with the soul reaver do not release souls that can be used as a restorative. Puzzle solving still plays a big part in the gameplay as well. However, this time instead of just pushing blocks around, the puzzles are bit more complex. That being said, they are not particularly challenging. Most of them involve using the plane shift mechanic to overcome obstacles, finding items, activating switches, or a combination of the three. 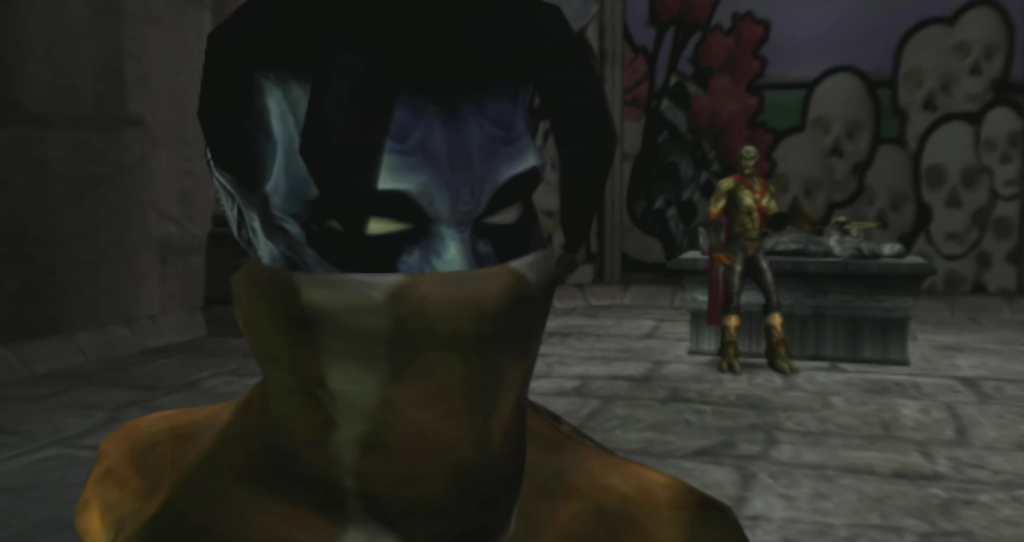 One thing that really stands out in this game is the graphics. Despite being being somewhat linear, the areas in the game are gorgeous. The textures themselves can be somewhat drab, but the lighting and ambient effects do a great job at enhancing the look and feel. The voice acting is also very well done, but perhaps a little too over-the-top at times. Overall, I enjoyed my time with the game. It’s certainly an improvement over the original in many ways. But I did find it to be a bit light on content. I think I managed to complete the game in less than fifteen hours. Once the game was complete, there was nothing left to accomplish. No New Game +, no collectables, nothing. While this is not unusual for many retro games, Soul Reaver 2 came out during a time where such things were beginning to become standard. Also, there seemed to be very little challenge to this title. Out of my fifteen hours of play time, I think I only died maybe a total of three times. As someone who doesn’t consider themselves to be particularly good at action games, this was a bit surprising. 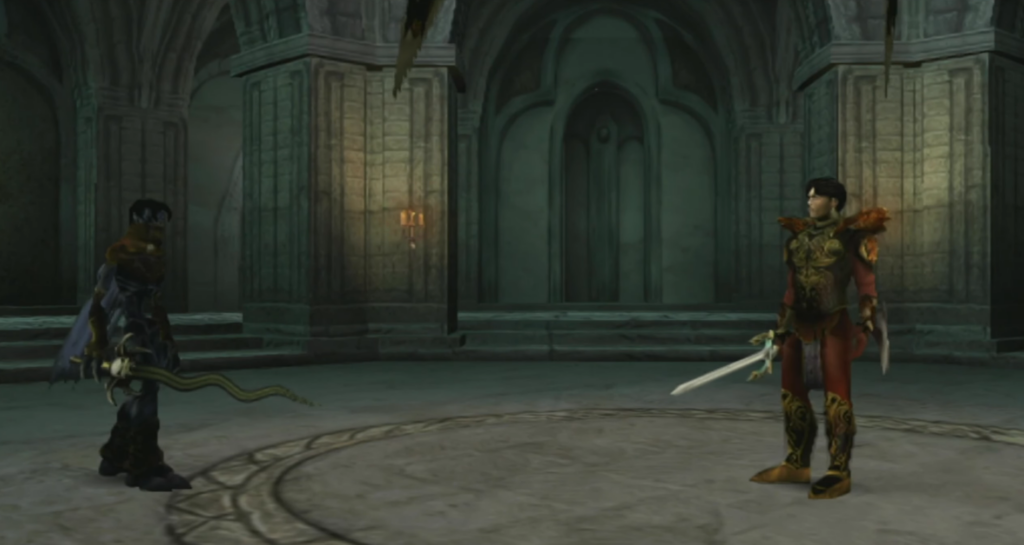 Difficulty: Easy – I found this game to be much easier than the original Soul Reaver. For starters, the combat is very straightforward. There’s very few tough battles and the puzzles are not challenging at all. Combine this with the fact that Raziel really can’t “die” and you end up with a game that’s pretty much a cakewalk.

Story: One thing the Legacy of Kain series has always done well is storyline. The story unfolds through a number of FMVs and cutscenes scattered throughout the game (and there are quite a few). These are extremely well done but a bit excessive. Still, the story is compelling and well written.

Originality: This game is very much an upgraded version of the first Soul Reaver. There’s not much here that hasn’t been seen before. Still, the graphical upgrades and the improved control scheme keep it from feeling like a complete retread.

Soundtrack: One of the highlights of the game. The music here is presented in CD quality and is very fitting for the title. There’s not really a particular song that stands out. But the soundtrack is appropriate for the game and does a good job at enhancing the experience.

Fun: If you were a fan of the original Soul Reaver, you’ll probably enjoy this title as well. The combat action is fun, but the game does suffer a bit from pacing issues.

Graphics: While it’s not the best looking game on the PS2, the use of lighting make this game very pretty to look at.

Playcontrol: A big improvement over the previous game. This time around, the right-stick controls that camera instead of the shoulder buttons and that makes a world of difference. Combine this with improvements to the combat controls and you have an experience that outshines the original game significantly.  In regards to PC version, I did not play it so I can’t speak to the control scheme. But if it can be played with a modern controller, I imagine the experience would be similar.

Value:  As was the case with the original Soul Reaver, this game seems a little short. As I mentioned above, I completed the game in under fifteen hours and that includes the nearly two hours of cutscenes. Soul Reaver 2 is available digitally on Steam for $7.00. At this price, you still get your moneys worth even if it’s a pretty quick playthrough.

Overall score (1-100): 80 – Due to upgrades in graphics and playcontrol, this entry in the series does score a bit higher than the others. But it’s still far from perfect. The game is insanely easy and fairly short. The saving grace for this title is the excellent story. But if this series wants to stay relevant, it’s going to need to offer something more compelling in future installments.