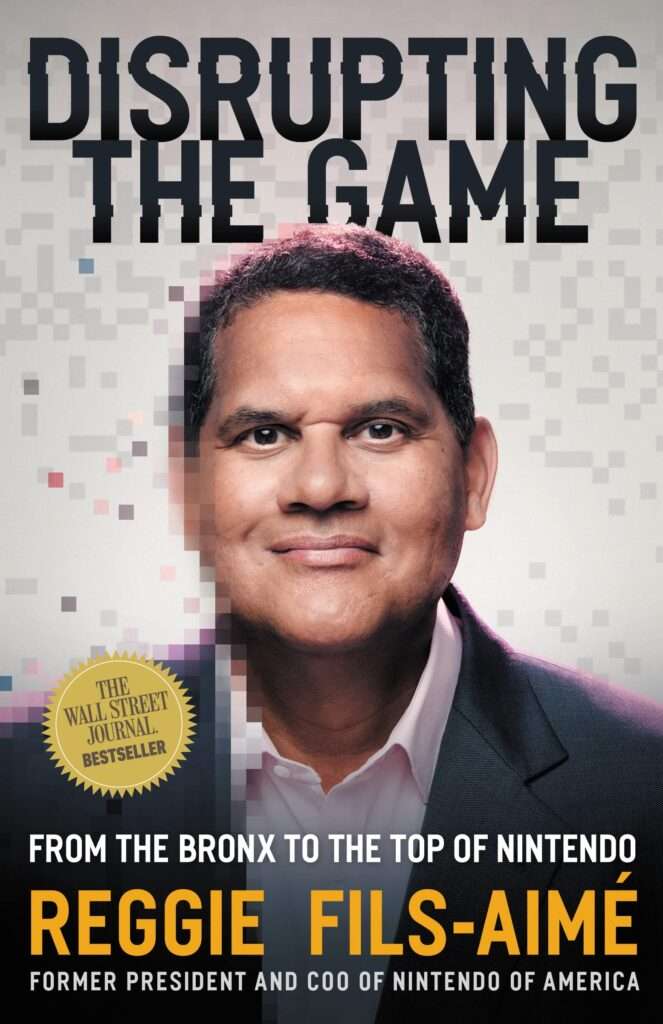 Ever since I was a child I’ve been an avid reader. I enjoy all sorts of books; fantasy, horror, sci-fi, and oddly enough, biographies. There’s just something about hearing the inside scoop on someone that I’m interested in that appeals to me. That’s why when I learned that Reggie Fils-Amie’ was going to writing an autobiography I knew I had to snap it up.

In case you’re not familiar with Reggie, he is probably most famous for being the President of Nintendo of America. But, as this book will explain, there’s much more to him than just that. This book is a detailed account on Reggie’s life from childhood to the present day. The youthful anecdotes that are detailed in these pages paint a picture of early-life lessons that easily explain Reggie’s outlook on life and his tireless work ethic. Here we learn how Reggie dealt with racism and prejudices during his early days growing up in New York City and how these experiences helped to shape his character.

Over the course of the book, Reggie details his various careers at places like Procter & Gamble, Pizza Hut, Guinness, and Panda Express. Before reading this book, I had no idea that Reggie worked at any of these places. But, I was amazed to learn and just how important many of Reggie’s very own decisions were to these companies. Things like Pizza Hut’s BigFoot Pizza – Reggie’s idea. Panada Express moving out of mall food courts and opening their own brick-and-mortar locations – Reggie’s idea. The little nitro widget inside of Guinness Draught bottles – Reggie’s idea. These things may seem trivial to some, but I found them to be extremely interesting. After all, I love all these things!

Of course, the most interesting part of this book for many readers is going to be Reggie’s experiences at Nintendo. The information that Reggie provides on Nintendo’s corporate culture is absolutely fascinating. Sadly, I feel like there’s just not enough of it in this book. To be honest, I bought this book with the expectation that it was going to be a “Reggie at Nintendo” book. Instead, it turned out to be more like a “Reggie who worked at Nintendo” book. But, I’m not complaining. In the end, I took a lot more away from this book than I expected to. A little over a year ago, I stepped down from a management role at work so that I could work hours that more accommodating to myself and my family. But in the recent months, the idea of promoting back up has been niggling at the back of my mind. This book landed in my hands just at the time I was considering accepting a new role. After reading this book, and hearing much of the wisdom Reggie has to share, I ultimately decided to take on the challenge.

Still, books like this one are not going to appeal to everyone. I enjoy it. But, I also enjoyed Business at the Speed of Thought by Bill Gates back when I was in my early twenties. If you’ve ever read that one, you’ll know it’s not exactly a page turner. However, if you’re at all interested in corporate America or some of the inside baseball of Nintendo, this book should appeal to you.

Story: Before reading this, I honestly knew very little about Reggie’s backstory. To be brutally honest, I didn’t even realize Reggie was black. (I figured he was Puerto Rican). Reggie’s life story is fascinating and in my opinion, he’s an excellent role model. His days at Nintendo are certainly of particular interest to me. But as this book will show, there’s much more to him than that.

Recommended:  This book should appeal anyone interested in business, marketing, or corporate culture. Super-rabid Nintendo fanboys may also find a lot of good info here. But for the average reader, this one might be a bit dry.