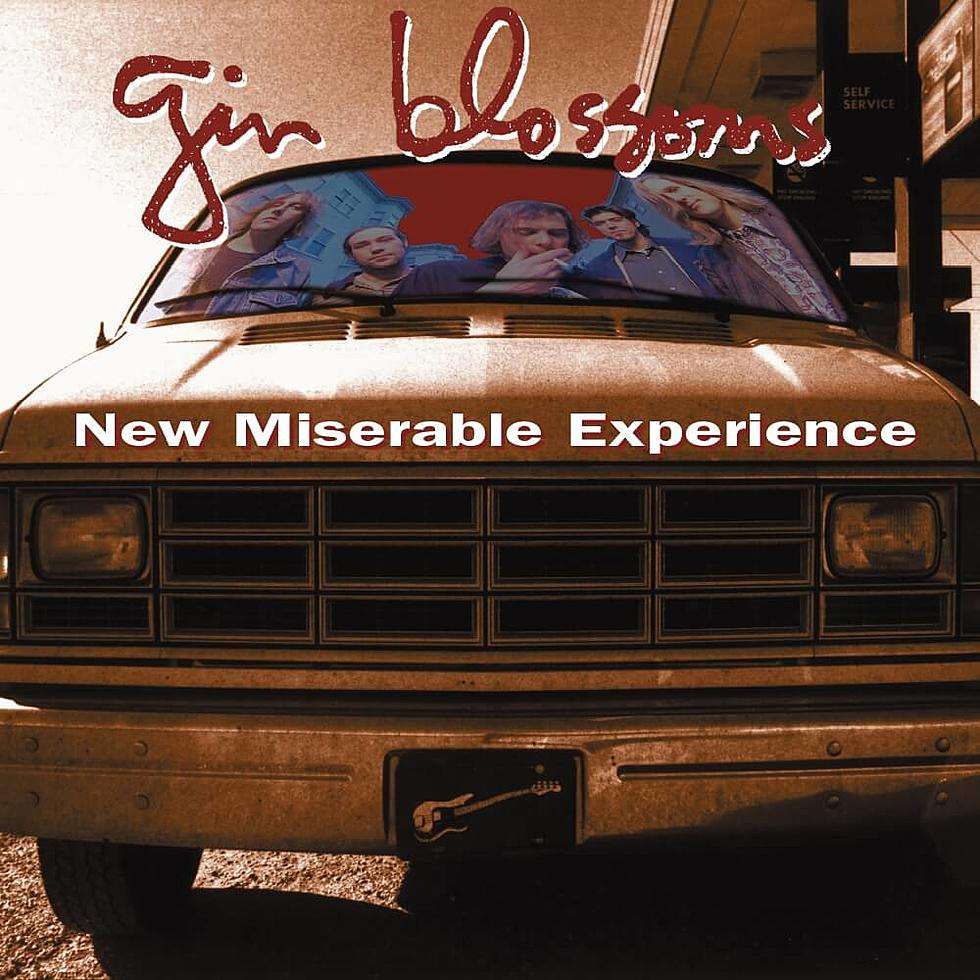 The Gin Blossoms are one of those bands that everyone has heard of, but not enough people pay attention to. Their major label debut, New Miserable Experience is one of my all-time favorite records. I know that I said the same thing about Blind Melon’s first album in my last Record Shop post. But, that doesn’t make it any less true. I encountered both albums around the same time in my life and both had a massive impact on me.

I first encountered this record when I was in the ninth grade. The song “Hey Jealousy” was in heavy rotation on the radio and I snapped up the CD at my local record shop. But admittedly, the album set on my shelf for several months before I finally gave it a really serious listen. Then one day I decided to copy it to cassette and listened to it on my Walkman while I trekked to school. This happened at a time in my life when I was going through one of those silly high school breakups that always felt overly dramatic, but in the grand scheme of things, really meant nothing at all. But, as a young person who is still trying to figure things out, music is a great guide. This record touched me and it let me know that affairs of the heart were common. Hearing the lyrics to many of the songs on this album and the way that Robin (the singer of the group), sang them with such passion was a defining moment of me as a young songwriter. The songs of the Gin Blossoms spoke to me. And I knew that I wanted my songs to speak to someone too. For me, the songwriting on this album set a bar for me to try to achieve.

Trying to define the style of this record (or even this band) is difficult. Some people call it “jangle pop”. Others simply call it “alternative”. I don’t really know how to define it. But I can tell you that it’s good. To explain why I feel this way, let’s break down this album track-by-track.

1: Lost Horizons – The album starts off with a blast. “Lost Horizons” is an upbeat sounding tune but with a very melancholy theme. “She had nothing left to say, so she said she loved me. And I stood there, grateful for the lie.”  Wow. That just about says it all, doesn’t it? As a young teenager, I don’t think I’d ever encountered lyrics this deep before. But lyrics aside, to me, this is a fantastic opener for the album. It sets the tone for what is to come. The production is just top notch. Every instrument is clear and the mix is stellar. It really gives the listener a great idea of what to expect from this album.

2: Hey Jealousy – This was the first single from the album and one that most people will be familiar with. It’s a rocking, catchy tune that easy to enjoy. This one is always a favorite. A great gateway song to introduce the band.

3: Mrs. Rita – A feel good song about fortune teller. Legend has it that the song is based on a real person in Tempe Arizona (home of the band). I enjoy this one, but it’s not the best this album has to offer.

4: Until I Fall Away –  This song is the second single from the record and one of my all-time favorite Gin Blossom tracks. Everything about this song is perfect. Even to this day, the chiming of the guitar in the background instantly summons a torrent of emotion for me. It takes me back to a more care-free, yet often more confusing, time. Pure pop music. But magical.

5: Hold Me Down – It’s easy to dismiss this track as a throwaway. The intro certainly doesn’t do it any favors. But once the first verse kicks in, the song finds its footing. When I was younger, I always skipped by this one. But many years later I warmed up to it. These days when I hear it, it reminds me of bar-hopping for some reason.

6: Cajun Song – The name of this track is fitting. It’s a zydeco-like pop song complete with an accordion. Another great bar song. Fun to sing and, and if you’re a musician, fun to play.

7: Hands Are Tied – I guess if I had to pick a least favorite song on the album, this would be it. That being said, it’s not a bad song at all. It is, however, the one song that seems a bit out of place. It has a harder edge than anything else on the album.

8: Found Out About You – Another single and probably the second most popular song from the record. The opening riff is instantly recognizable. But for me, it’s the lyrical content that really sells this one. It speaks to me. This is the level of songwriting that I strived to reach when I was younger. An absolute masterpiece.

9: Allison Road – The final single from the record, but it didn’t catch on like the others. It’s another feelgood lovesick pop tune. I’m not complaining.

10: 29 – This is probably the most underrated track on the record. In my opinion, this should have been a single. I love everything about this song. The music, the lyrics, the arrangement – it’s all perfect.

11: Pieces of the Night – Another gem. This song is a prime example of what makes The Gin Blossoms such a fantastic band. Soulful lyrics and heart wrenching melodies. Audible perfection.

12: Cheatin’: – This one is a bit of a heard sell for many people. It’s a straight-up country song complete with pedal steel guitar. But that doesn’t make it any less amazing. I’ll be honest, I’m not a country music fan. In fact, when I was younger, avoiding anything with a country label was a hard rule of mine. But this song opened the door and let me know that some rules can be broken from time to time. Just give it a chance.

As someone who played hard rock as a young adult, it may seem strange that I hold such a mellow record like New Miserable Experience in such high regard. But I do. Everything about this record is just magical. The lyrics are relevant and poetic. The music is catchy and heartfelt. Even the album’s production is damn-near perfect, in my opinion. It all works so well together, it’s just the perfect storm. Like I said in the beginning, everyone has heard of the Gin Blossoms, but not many people have really listened to them. If you’re reading this, I would urge you to give this record a serious listen.

When listening to albums, I always suggest enjoying them on a nice Hi-Fi stereo system, or on a portable device with a good pair of headphones. When listening to classic records like this, I usually prefer the original release to many of the “remastered” editions. Often times, remasters are overly loud and actually contain a lower level of quality than the original album. New Miserable Experience does have a remastered “Deluxe Edition”, but thankfully it doesn’t suffer from from this issue like many re-releases do. The remaster is a bit louder than the original, but there’s still plenty of spatial headroom (which is important for a record like this one). The Deluxe Edition also comes with a second disc that includes a number of rarities and remixes. These are nice to have, but none of them match the magic of the album itself.

When listening to a record, always listen from start to finish. Unlike pop albums, many good rock records are sequenced in a certain order. Some songs tend to be more enjoyable when following the song preceding them. That’s not particularly true with this album, but that’s still my general practice. Put the record on while you’re driving, or doing house work. Let it play in the background. Listen it to a few times. Some records need to grow on you. Don’t skip around. Even if a particular song doesn’t grab you right away, let it play through. Your opinion may change.