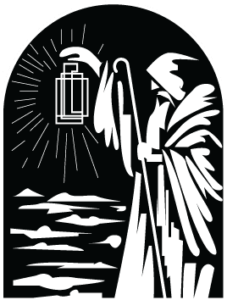 I’ve now made a few posts about the games that make me tick and why I find video games so appealing. This post is going to serve as a more formal introduction. First, let’s talk a bit about my moniker (and the name of this blog itself): Old Game Hermit

The “Old” or even “Old Game” part refers to both my age and my love for old school gaming. Of course, I’m not actually a decrepit old man, nor do I limit myself or the content of this site to games of the past. I have a love of video games both old and new. But I do think it’s important for any gamer to “know their roots” so to speak. Not to mention, as a child of the 80’s and 90’s, I suffer from frequent bouts of nostalgia – all of which I plan to share with the readers of this blog. So in that sense, I’m very much a grumpy old curmudgeon with a passion of anything retro.

The “Hermit” part? Well, this is a bit more complicated. For many years, this blog operated under the name “RetroSensei”. As an older gamer who loves to share my passion for retro games, I suppose you could say this blog is my way of teaching these youngsters about the games of yesteryear. On top of that, I actually spent several years as a child living in the country of Japan. My time there gave me a deep appreciation and love for Japanese culture. So… RetroSensei was the name I originally conceived.

Well, as my site grew in popularity, I eventually accepted the fact that the word “sensei” is not as universally understood as I once thought. Over the years I’ve heard every possible bastardization of the word you can imagine; “retrosenses”, “retro cent say”, “retro see saw” – you name it. Finally, I decided it was time to make a change.

When picking my new name, I wanted something that kept the same mystique, but also painted a clear picture about the main focus of this site. After much deliberation, “Old Game Hermit” was born.

Now, to get a bit personal. As of 2019, I’m a 41-year-old adult, but I’m obviously still nothing more than a big kid who wears the skin of responsibility quite comfortably.  Growing up, I was the only child in a military household. This means that every three years or so, my father would be reassigned to a different location and my family had to move. Moving so often made it a bit difficult to make friends. Not only are you always confronted with new people, but there’s the whole social awkwardness of being in a strange place and not knowing how things work in a new school, etc. Often times, due to variances in education standards from state to state, you find yourself playing catch up when it comes to curriculum. Then again, sometimes you’ll move to a new school and you’ll actually be further ahead the everyone else and BORED TO DEATH!

I had a rough go of it as a kid. I was skinny, a bit awkward, and I usually talked different from everyone else. (I was born in New England but always seemed to live in places like Arkansas and Louisiana). I was always the “nerd” that everyone picked on. I was never good at sports, I had nothing in common with most of the other kids – you get the picture. So I did what most nerds do; I retreated to safe confines of my bedroom where countless worlds awaited me thanks to both my large library of books and video games.

I finally broke free of my nerd label as a teenager. I became interested in music and taught myself to play the guitar. Around the age of fourteen, I put away my games and focused my attention on starting a band. Playing rock music helped me build confidence to the point where I learned how to develop my social skills and overcame all the nonsense that plagued my early childhood. Over the years, I learned how to take care of myself and not to be pushed around. Regardless, I never forgot where I came from and I’ve made it a personal goal never to be like the bullies that once harassed me.

I got married in my early twenties and shortly after, my interest in video games returned. As newlyweds, my wife and I bought a Playstation 2 and a Gamecube. I slowly started to rebuild my library and catch up on all the great games I missed over the years. That brings us to now. I work a full time job, raise my family, and pursue a variety of interests. But my love of games remains.

As tempting as it is to claim that this is going to be a retro-gaming blog, I can’t really promise that. I’m also going to be talking about newer games. Actually, I’ll pretty much be posting about anything that interests me. Movies, comics, novels, whatever. Another large focus of this blog will probably be my video game interactions with my kids. Both of them are at the age where they can enjoy games both together and with friends. If nothing else, I hope this site will make a nice bank of memories for them to look back on. But in the meantime, I hope anyone who stumbles across it has fun. If nothing else, this blog is a diary of sorts for whatever nerdy passion consumes me at the moment. Please feel free to participate and comment.