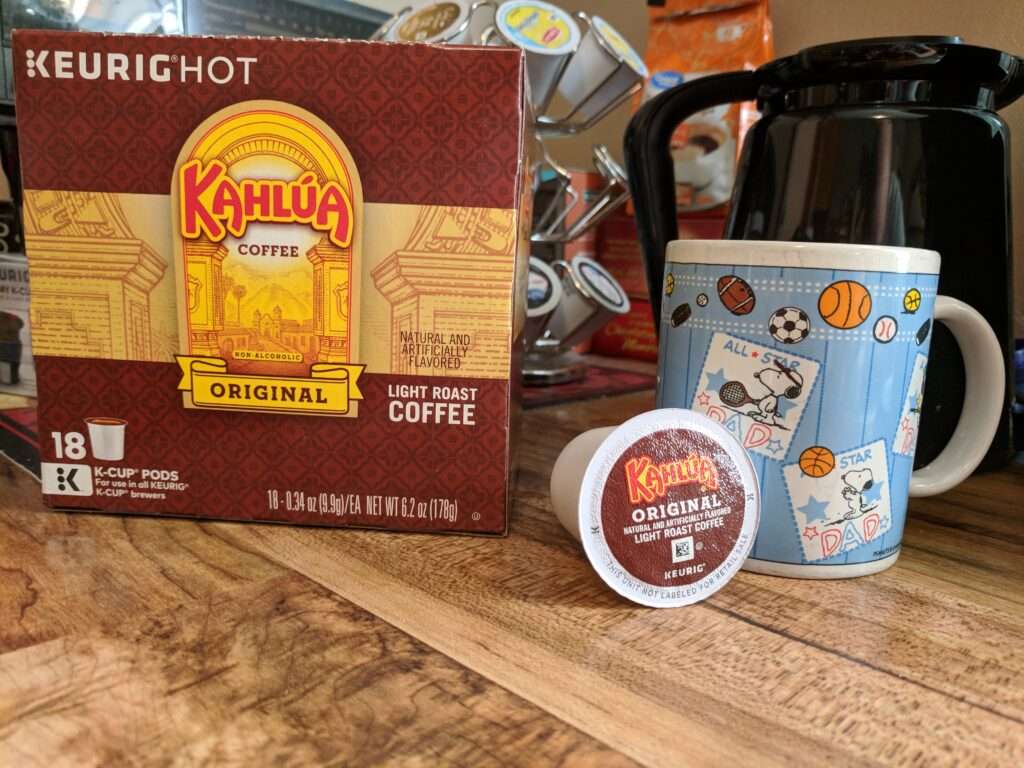 For this Nerd Fuel post, I’m going to review a classic. In fact, I’m a bit surprised it took me this long to share my thoughts on one of the most popular flavored coffees out there: Kahlua.

Now, I will be up front and say that I’m not the biggest fan of Kahlua liquor. I enjoy it occasionally in mixed drinks. But to me, its flavor is so pungent that it can easily overpower a drink. I’ve known people to spike their coffee with it, and when doing so, a little goes a long way. So, I wasn’t sure just how well a Kahlua-flavored coffee would pan out. Let’s see.

The unique smell of Kahlua is very noticeable when brewing one of these pods. It’s strong, but pleasant. The coffee itself is mostly dominated by the Kahlua flavoring, but it’s not so strong as be a turn off. Interestingly enough, the coffee itself is a light roasted coffee. I suppose this was done to allow the Kahlua flavoring to take center-stage here. But in my opinion a darker coffee would have been a better compliment. In a nutshell, the flavor is nice. But dominating. It’s hard to taste the coffee.

This is one of the few K-Cups that I feel is better prepared as an iced coffee instead of being served hot. The flavor seems better chilled. When served warm, it just doesn’t have the same magic. Perhaps that’s simply because most Kahlua-based drinks are usually served cold, and that’s just what I’ve come to expect.

All in all, this is a decent flavored coffee. It’s a great representation of the Kahlua brand. But it’s not going to be for everyone.

Would buy again?:  Maybe. Either you like Kahlua or you don’t. If the flavor of Kahlua is something you tend to enjoy in other drinks, then a good iced coffee made with this pod is certianly worth your attention. I don’t really recommend this as a standard warm cup.