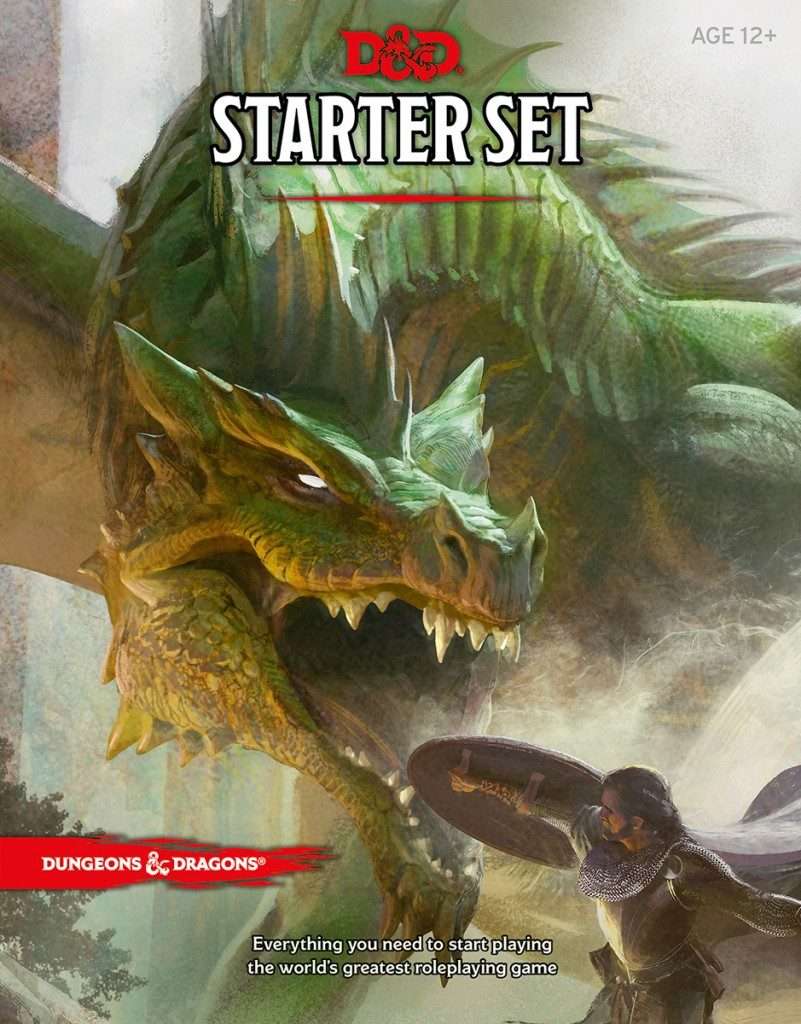 As I promised a few months ago, I’m going to be making posts discussing each of the official Dungeons & Dragons supplements that are available. To date, I’ve only really discussed the core rule books and player supplements. But there’s a number of other products available. Today, I’ll be discussing the D&D Starter Set.

I want to start by discussing what this set actually is. If you’re someone who is interested in playing Dungeons & Dragons, most people will tell you that you’ll need to go out and buy a set of dice and a copy of the Player’s Handbook. That’s pretty accurate, but what if you’re still on the fence and you’re not sure if you want to sink a bunch of money into the hobby yet? Well, that’s where the Starter Set comes in.

The Starter Set is a great entry point into the world of Dungeons & Dragons. You can find it at most hobby shops or book stores. The set actually comes in a big cardboard box. It contains the following items: 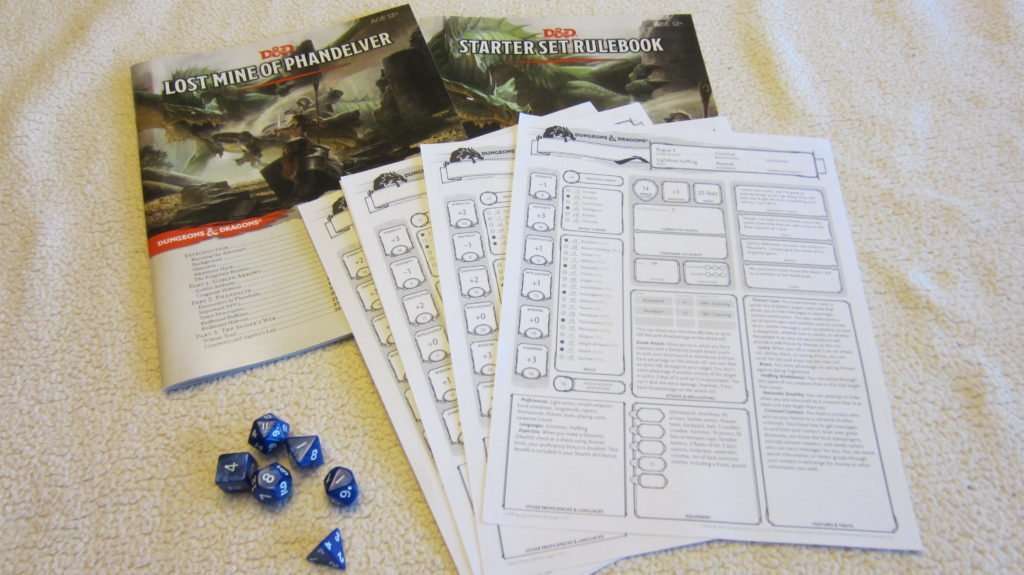 The Starter Set Rulebook is essentially a compact version of the D&D game rules. It’s enough to teach you the basics, but if you decide to get serious you will eventually want to purchase a copy of the Player’s Handbook. For existing players, there’s not really much of value here.

The next main object of interest in the box is the Lost Mine of Phandelver adventure. This is included in the box so that consumers will have a sample adventure to play. Aside from containing the adventure module itself, the booklet also contains a small bestiary of the monsters used in the adventure. (This eliminates the need for a copy of the Monster Manual). If you’re an existing player/dungeon master, this adventure is likely the main reason you purchased the Starter Set – as it is quite a good sized adventure that is designed for level 1 players. It is set in the Forgotten Realms game world.

As I mentioned above, the D&D Starter Set is really marketed towards brand spanking new players. For the price of only $20.00 they can get everything they need to take their first step into Dungeons & Dragons. That being said, if it’s a hobby that you enjoy and end up sticking with your next purchase will want to be the Player’s Handbook. I glossed over that book in an older post, but I think I’ll actually be making an updated post in the coming days that goes a little more in depth.

If you’re a Dungeon Master (game referee) or even a player who likes to read up on “behind the scenes info”, the Dungeon Master’s Guide and Monster Manual  are probably going to be your next purchase.  Another great book to pick up is Volo’s Guide to Monsters – this books serves as both an add-on to the Monster Manual as well as some in-depth information that bother players and Dungeon Masters will find helpful.

Take a quick look at the titles featured in #NintendoDirect | #E32021! What are you looking forward to playing?

Catch up on all the announcements here: https://www.nintendo.com/e3/

Find the idea of approaching a 35 year old franchise a bit daunting but want to try out Metroid Dread this October?

I've put together a guide for which games you need to play to catch up, along with places you can (officially) play it.

Nvidia is dropping support for Windows 7 and 8.1 - https://mspoweruser.com/nvidia-is-dropping-support-for-windows-7-and-8/